Miguel oozes with sexuality at the Kool Haus

In an R&B field full of boisterous men like the R. Kellys and Ushers atop the charts, Los Angeles singer-songwriter Miguel has seemingly slipped through the cracks of our mainstream attention up until now. The more modest counterpart of his contemporaries, Miguel released his 2010 debut album, All I Want is You, to mild success, but followed it up with a trilogy of EPs and the triumphant Kaleidoscope Dreams this year, finally marking his rightful place in the spotlight.

Now, armed with a slew of Grammy nominations, the singer is primed for attention and if the packed house at the Kool Haus was any indication last night, we were ready to give it to him. 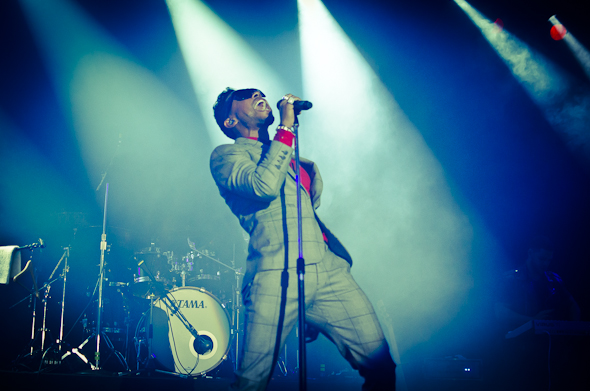 Dressed up in a dapper, slim grey suit, red shirt and small gold chain around his neck, Miguel's style is reflective of the retro Prince-like sensibilities that shine through in his music. Somewhere between slick and restrained, and flashy and confident, the singer presents a machismo attitude that's unlike many of those out there today.

This isn't a boastful, overtly sexual man; this is a man that who clearly takes sex and love seriously, and in turn, riles up the audience even more with his smooth, mature ways. Miguel never strains his vocals to the extent that we assume he can, but he doesn't need to. The controlled ad-libs and falsettos are always on-point and deliver just the right amount of energy and appeal that seduces us, wanting more; a skill that artists take years to develop. 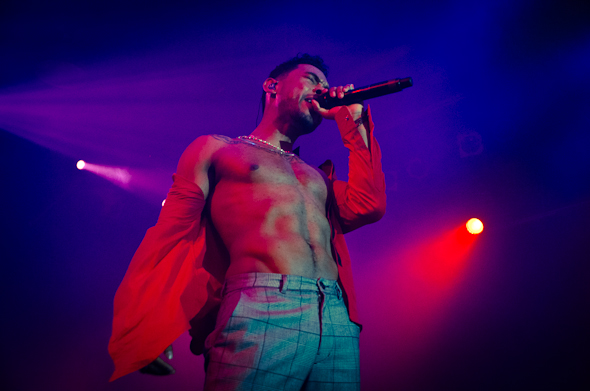 There's no lack of entertainment onstage as he slips and slides from one side of the stage to the other, spinning, dancing and pulling every trick out of the MJ books, but adapted to his own style. He delivers every line of his songs with an innate sense of intimacy and the audience devoured every lyric of songs such as "Do you..." and his biggest single to date, "Adorn," shouting the words back at him in what can be described as, for a lack of a better word, a lovefest. 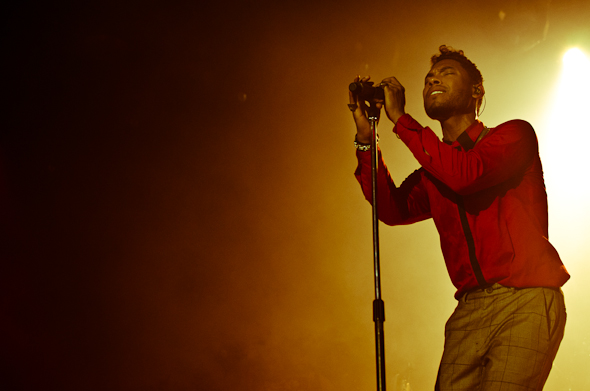 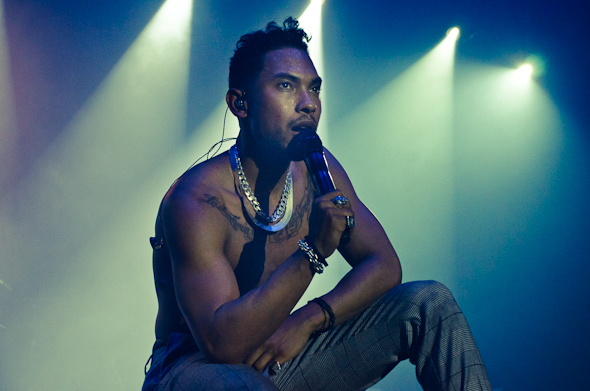 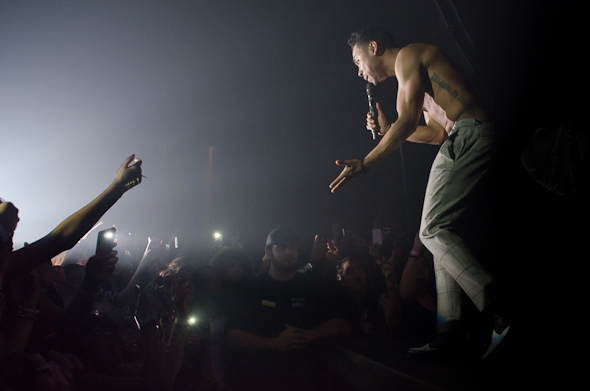 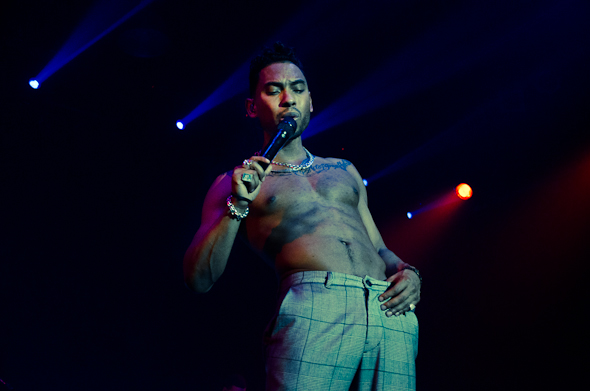 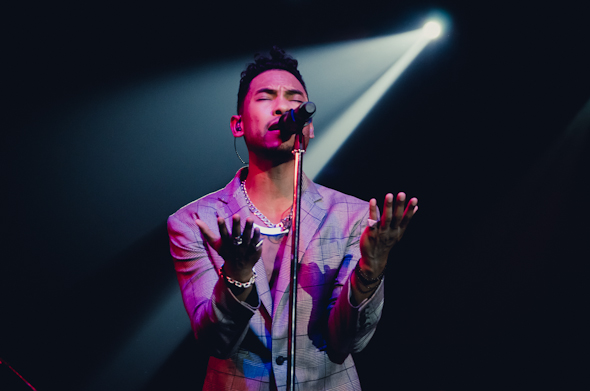