Diamond Rings enters the spotlight at the Mod Club

Diamond Rings knows how to hype a show. And it worked. Selling out the Mod Club for a hometown show wasn't the biggest challenge, though. That was to come later. Later, when he was becoming one of Toronto's newest breakout artists, for real this time. 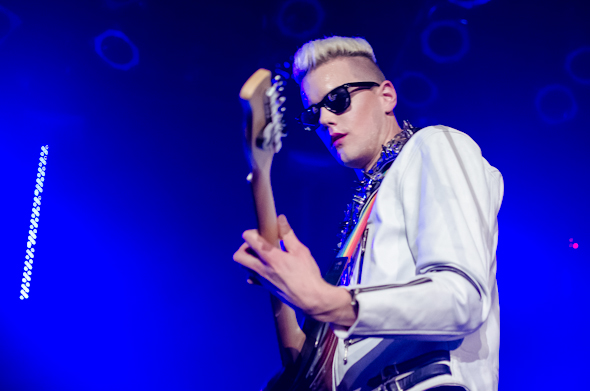 Diamond Rings (aka. John O), Toronto's glam rock extraordinaire, has become just that. With a fresh sophomore album (Free Dimensional) now in a record store near you, an album that improved, yet didn't deviate from his acclaimed debut with Special Affections. But the transition from DIY bedroom-produced dance pop to embracing a polished and poised stage-ready look and sound has made its debut.

Part of the reason you go to a Diamond Rings show is to see what the hell he's wearing. A lady behind me quipped to her friend, "he's kinda like the Canadian David Bowie." And although I wouldn't go that far, the genre-bending, costume changing (4) and perfect haircut-toting is there. 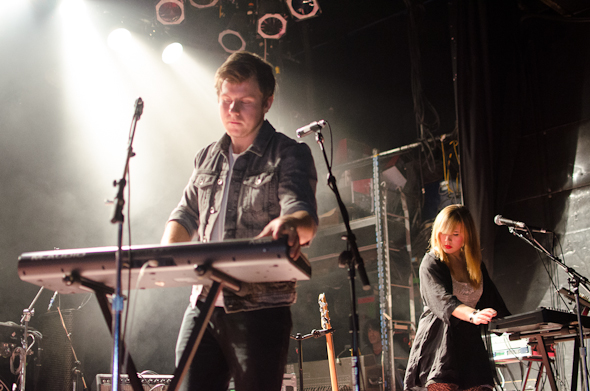 First things first, chronologically speaking. The openers, Gold & Youth, another band with a good amount of building buzz, were back on Toronto's stage. The last time I saw them was at the Rivoli back when they did the Arts & Crafts showcase for NXNE. But after having their debut album release pushed back from this summer to sometime in the new year, I was wondering when they'd be back around.

This venture, although decent, wasn't all the way there, sadly. With the sound cutting out at the beginning, a sense of awkward unease seemed to prevail throughout the set. (The crowd was full of mustaches. Never easy to perform in front of, I'd assume.) Happy to stand back and just play their songs, at times rushing through their set, the highlight was their new single, the second song in, "City of Quartz." 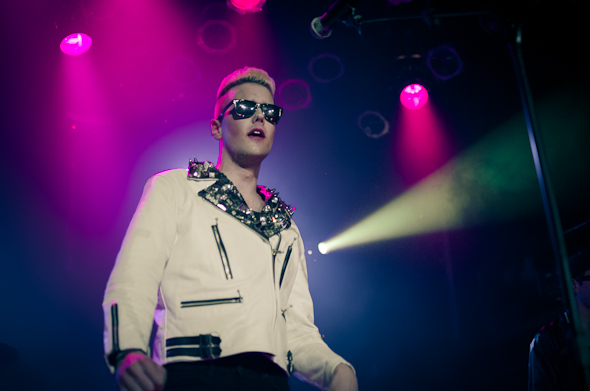 As for the dude with the blond flat top, studded white jacket, shades and matching back-up performers (who were all wearing Diamond Rings-embroidered everything), the confidence was profound. 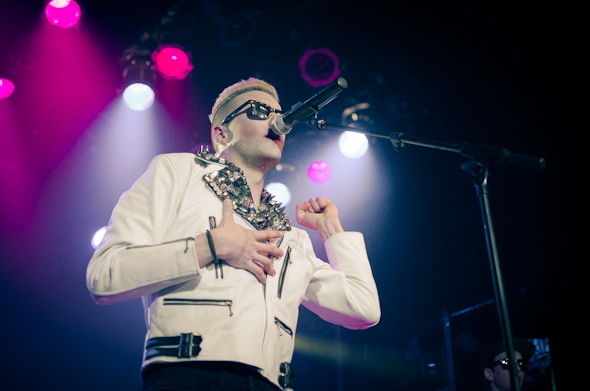 With the beat of "Everything Speaks" taking hold, John O enters with a massive piece of silver foil (or something or other) wrapped around his body and head. Well, ok, that's one way to make an entrance. A sort of silver dancing butterfly-bat thing emerged during the chorus and Diamond Ring's metamorphoses into a glam pop rocker had taken hold. 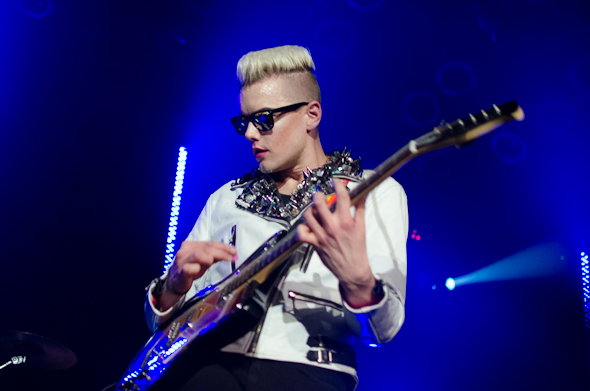 Diamond Rings has an undeniable stage presence. Having done the circuit a couple times now, there was a little bit of uncertainty at the beginning of Diamond Rings lifespan with aesthetic, sound, genre and live performance. All of that has changed and come into its own.

With the talented Miracle Fortress backing up on lead guitar, a polished live sound--John O perfectly rapped in "(I Know) What I'm Made Of"--and a confident and cool stage presence including choreographed dance moves, Diamond Rings is ready to breakout. The question is if the alternative mainstream is ready. 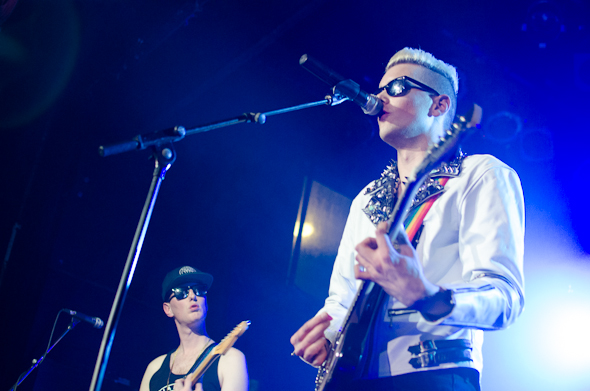 And with all the hype, this was a big show for the young up-and-comer. "I've been waiting a long time for this show. Thanks for coming," John O announced, later noting that his parents were in the mezzanine, and it was their anniversary.

A special night for all. 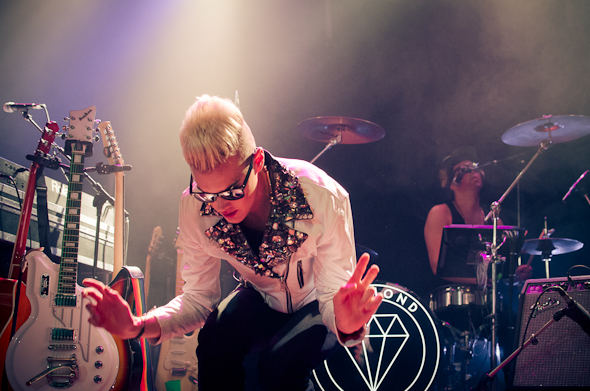 It's Not My Party
Day & Night