For a lot of folks, Sloan's 1994 album Twice Removed is a watershed moment in the Toronto-via-Halifax band's history. For a group who would become beloved for their jaunty, infectious take on Beatles-esque pop, their career had begun a few years prior with a debut LP, Smeared, that took the best elements of the sounds du jour - namely shoegaze and Sonic Youth-inspired noise-rock - filtered through the innate pop sensibilities of four distinct songwriters.

Seeing the potential of the band at the forefront of the Halifax scene, at the time deemed the "new Seattle" following that city's grunge boom of the early '90s, Geffen Records had signed the band on an international deal for the follow-up to Smeared, as well as giving their debut it's first American release.

Twice Removed was released in August 1994, less than six months after the death of Kurt Cobain. Unfortunately, in a period marked by an explosion of derivative proto-grunge Nirvana knockoffs tailor-made for radio play, the brilliantly direct songcraft of the mostly fuzz-free Twice Removed was perceived as a disappointment by the label, who famously dropped Sloan after all but sweeping the album under the rug of the international market.

Rather than opting to throw in the towel, the band reconvened with 1996's wildly acclaimed One Chord to Another, going on to great success over seven more LPs at the helm of their own label, murderecords.

Having delivered one of the best records of a long and storied career with last year's The Double Cross - the title a reference to the band's two decades in the business - Sloan have taken the last few months to pay respect to their sophomore classic with a crazily comprehensive box set, augmented by a series of shows featuring a performance of Twice Removed in full at a sold out show at the Phoenix tonight. Guitarist and songwriter Jay Ferguson took the time to answer some questions about the various anniversaries being commemorated by the band, the initial reception to what has become one of their most beloved albums, and what's on the horizon for Sloan. 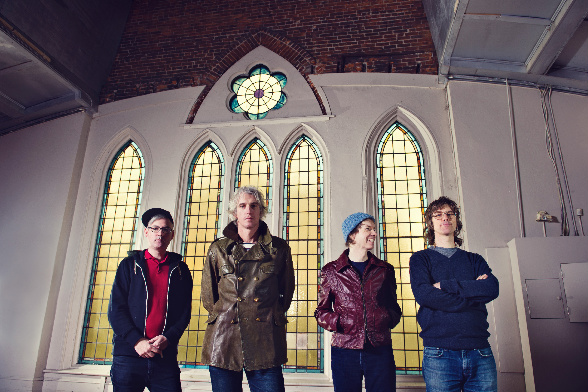 After spending the last year promoting Sloan's 10th album and celebrating your 20th anniversary as a band, why pick now to look to the past for this series of shows?

Jay Ferguson (JF:) Some of us had been talking over the past couple years about reissuing older LPs (on vinyl or other formats) and perhaps touring one of these older LPs; playing it as a show from top to bottom. Those kinds of shows have obviously become a bit of a trend over the past few years. We thought it might be a fun idea and perhaps lure out some long lost fans who haven't kept up with us since the 1990s. After touring The Double Cross through 2011, we didn't really have a plan for this year, so it seemed like a good time to try to combine a reissue and tour for 2012.

Although it's not a particular anniversary for Twice Removed (happy 18th!), it seemed like the best place to start - it appears to be one of the records that many of our fans have a particular fondness for, and we also had a plenty of demos to choose from to really expand a reissue. As well, it was a fairly well documented time that enabled us to assemble a large, thorough book to accompany the vinyl box set.

Was there any talk of running through Smeared in its entirety prior to these performances of Twice Removed?

JF: Well, I guess it would have made sense to work chronologically, but I think we agreed that Twice Removed would be the best foot forward. We'll get to a Smeared box set, too. The version of Andrew [Scott, drummer] singing "Median Strip" has to see the light of day.

How has the reception to the tour been so far? What can be expected from the show aside from airing out the record?

JF: It's been super; good sing-a-longs. We play two sets - first up is Twice Removed in it's entirety, then a short break, after which we come back and play an all-sorts set of songs from the rest of our catalogue.

How has Twice Removed held up for the band? It's been said that there were a fair share of label issues with Geffen upon its original release, but did the band ever put any stock into these? Have your opinions of the record changed over time?

JF: I guess you might get a different answer from each of us. I've always liked the LP and while at the time the response from Geffen in the US was frustrating, it didn't mar the music for me. We've also been playing a handful of the songs ("Penpals," "Coax Me," "People Of the Sky") fairly regularly over the years, so it's not like we're unearthing something completely unfamiliar, but it's satisfying playing the LP as a united piece.

Is it true that the lyrics of "Penpals" are taken from fan letters to Kurt Cobain?

JF: Quite true. There is a recreation of the letter included with the new box set.

Twice Removed is a world away from the washed-out fuzz of Smeared and the earlier Peppermint EP, and is the first indication of the refined pop milieu Sloan has worked in since. What brought on such a sonic change from your first album? How do you see Twice Removed in relation to what followed?

JF: Personally, touring Smeared for the better part of two years was taking a toll on my eardrums. I was happy to play a little quieter at the time. I also felt that the musical climate was getting overstuffed with-half baked noisy guitar bands and wanted to take a turn away from that sound. Perhaps it was not the right thing to do commercially?

I think that was Geffen's frustration with Twice Removed, in that it didn't follow logically from the sonic template of Smeared. I/we were happy to pull from different references like Fleetwood Mac, or Plastic Ono Band, or the third Velvet Underground album, and to try to chart a different musical course that would set us apart (hopefully) from the glut of noisy indie groups that followed in the wake of (the great) My Bloody Valentine and Nirvana. It does seem that Twice Removed perhaps set the template for what followed, with every member singing and writing, and no particular set style or format of the songs contributed. 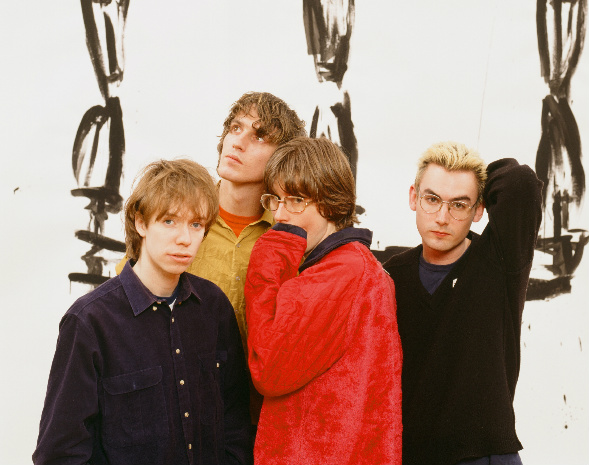 This time last year saw you give One Chord to Another a similar treatment at one of one of Fucked Up'sholiday benefit shows at the Great Hall. Are there any plans to revisit that or the other LPs for a proper tour?

JF: Since it appears this Twice Removed tour and box set have done well, I think we'll continue in the future with the box set reissue/tours for as long as fans will allow it. I think One Chord To Another would make a logical next choice.

Lastly, is there anything currently on the books in the way of new material? Has revisiting material from the band's formative years had an effect on the current songwriting process?

JF: We've yet to make a concrete plan for 2013, but hopefully we'll have a new Sloan LP out for next autumn, and then perhaps try another reissue/tour after that campaign is over. We also have a brand new 7" due out in a couple months that sounds absolutely nothing like Twice Removed.