Gaslight Anthem bare it all at the Sound Academy

The kids are into Gaslight Anthem. It's a fact; they sell out Sound Academy and pack it with a mainly male audience dressed in black, sporting tattoos and their girlfriends in tow (also avec tattoos), and everyone hangs off of every emotive lyric. 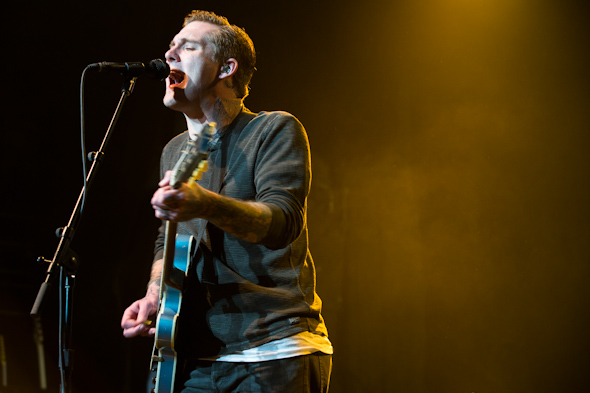 Gaslight have a good thing going. They play straight-up blue collar rock (and sure, the Boss influence is definitely there), but they offer their own take on the genre. No synths. No odd get-ups. No distracting light show. Just solid stage presence, an earnest, give-it-all lead singer in Brian Fallon, and straight-up rock with a tinge of punk for good measure. It's just too bad it was at the piss-poor Sound Academy. 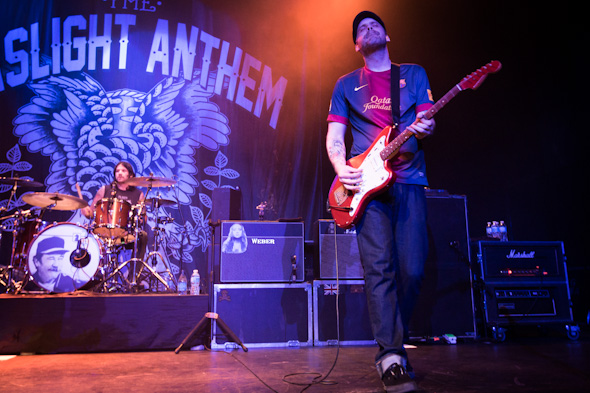 The opening act of The Joy Formidable, a Welsh trio, deserve a mention. Catching most of their set (I wanted to ensure the Argos had it in the bag; good on you, boys), the one-album-in Brits know how to play their instruments. They jammed out most of their songs--and it got loud. Well, I know it caught the gaggle of Mississauga bros behind me off guard, anyway.

Speaking of which, I understand it was an all-ages show and you're out on a Sunday night, but calm the fuck down. You don't need to be constantly running around at a packed concert. Get your drink, jump around when Fallon gets you excited, and piss when you need to. You don't need, however, to cross the venue sixty times pushing through the crowd to show off your nifty hairdo, or whatever the hell you're doing. 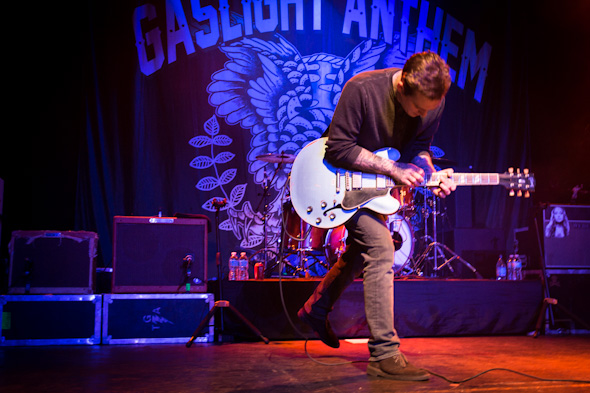 Apologies, I had to get that off my chest. Anyway, The Joy Formidable also have one of the coolest music videos I've seen. Take the three minutes and watch this.

Back to Fallon and Co. Having launched Handwritten, their fourth effort back in the summer, the band has really honed their Jersey rock anthems. It's all a little louder, ever-honest lyrically (Fallon really does lay it bare), and tighter overall. And now being seasoned performers, this all the more pronounced in their live shows. 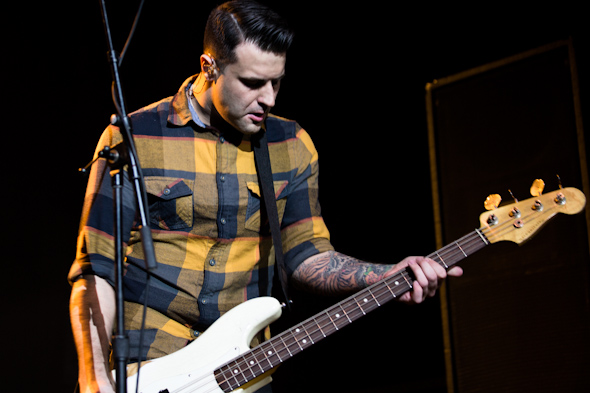 From opening the nearly two-hour set with the newer "Mae" to following up with arguably their biggest hit, "The '59 Sound," to "Old White Lincoln" right behind it, the crowd was theirs for the taking. They even tossed in a little Misfits (fellow New Jersey boys) with a cover of "Astro Zombies" for good measure. 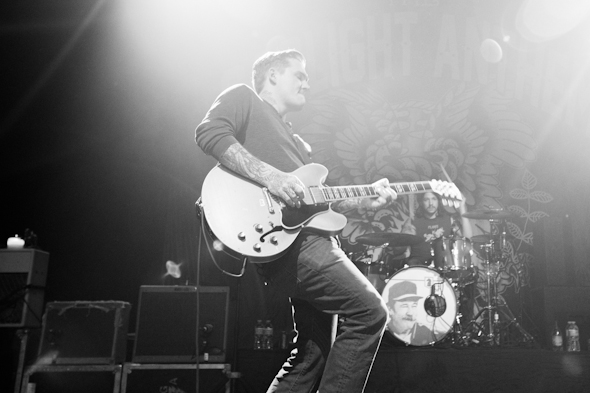 As they barreled through 17 songs, a Gaslight show wouldn't be complete with at least a five-song encore. So they played another six ditties, closing the night with the whole crowd singing along, hands raised above heads, to "Backseat."

Howl
Mulholland Drive
Even Cowgirls Get the Blues
Wooderson
Here's Looking at You, Kid
The Backseat