Throughout the 1960s the Canadian record industry was in a relatively nascent stage. Musicians were often encouraged to downplay (or at least not promote) the fact that they were from Canada in order to appeal to American audiences. Some bands (such as the Guess Who) even pretended to be from England in order to capitalize on the popularity of the British Invasion. As such, it wasn't very often that album covers featured identifiably Canadian locales.

The exceptions to this rule tended to be lesser-known artists for whom the prospect of international fame was less of a concern than the possibility of selling a few albums to local audiences. In the first of a decade-by-decade series on Toronto album covers, here are a few records that bucked the trend and proudly spotlighted this fair city.

Ellis McLintock - At The Old Mill 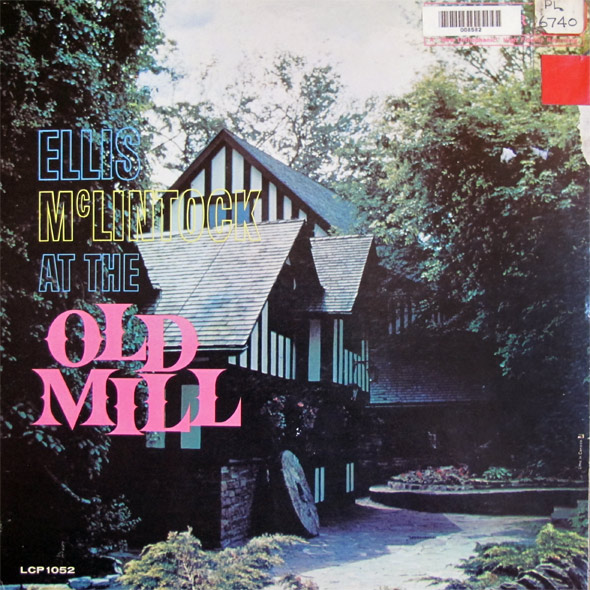 Trumpeter and conductor Ellis McLintock was born in Toronto in 1921 and went on to a long career as a bandleader, symphony musician and teacher before he passed away in 1997. By the early '60s his concert band had a residency at Etobicoke's The Old Mill, and this 1962 album features vocals by a singer identified only as 'Claudette.' 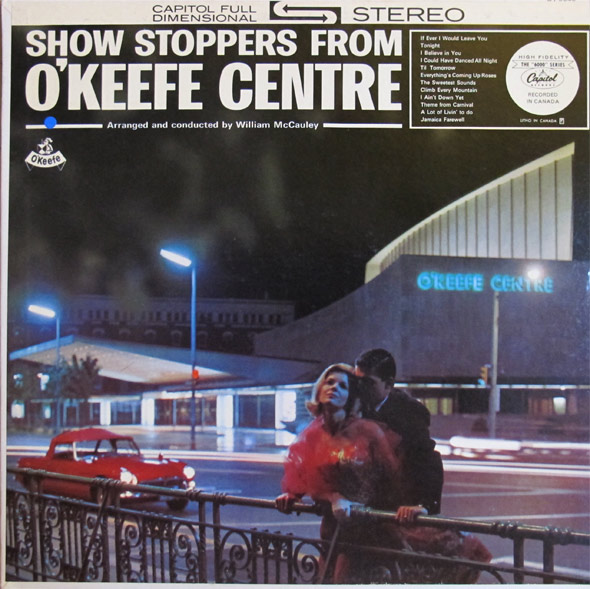 The O'Keefe Centre, which opened in 1960, was the original name for the Sony Centre for the Performing Arts (which was also named The Hummingbird Centre between 1996 and 2007). On the cover of this 1963 LP we see a couple of models doing their best to make the northeast corner of Front and Yonge look romantic and mysterious. 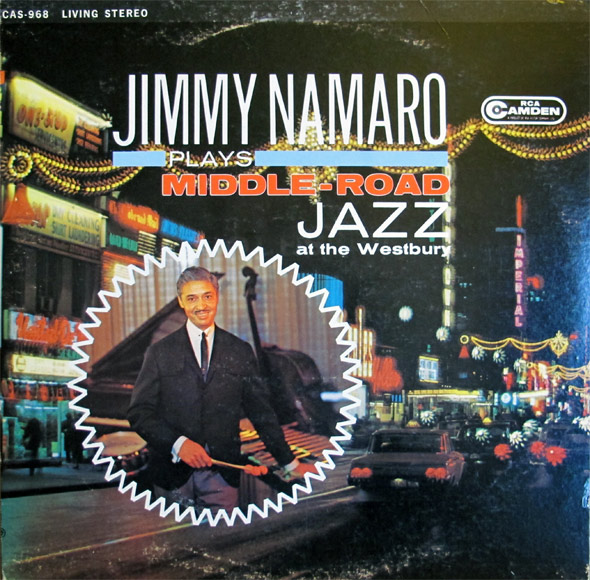 Vibraphonist, percussionist and bandleader Jimmy Namaro was born in Mexico but moved to Hamilton at the age of eight and became a Canadian citizen in 1945. He frequently appeared on CBC television and radio programs and led small jazz groups at the Polo Lounge of the Westbury Hotel, which was located at the corner of Yonge and Wood St. and is currently the Courtyard Marriot. The cover of this early-60s LP features a street view of Yonge just south of Dundas; visible is the Imperial Theatre, which was originally named The Pantages and was rechristened The Ed Mirvish Theater in 2011. 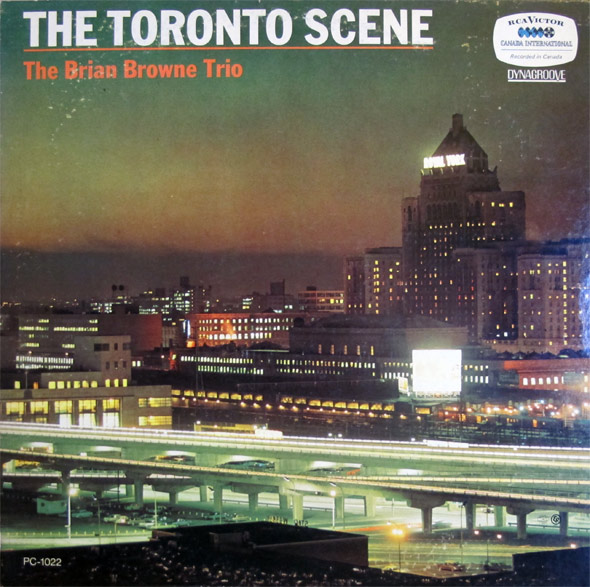 Jazz pianist Brian Browne recorded this 1965 LP for RCA, which also released Montreal and Vancouver Scene albums around the same time. Present-day citizens of Toronto may be amazed by how few cars can be seen on the then-brand new Gardiner Expressway (the section between York St. and the Don Valley Parkway was completed in 1964) and that the Royal York Hotel is the tallest building in the photo.

The Kiwanis Youth Choir - Up Up & Away 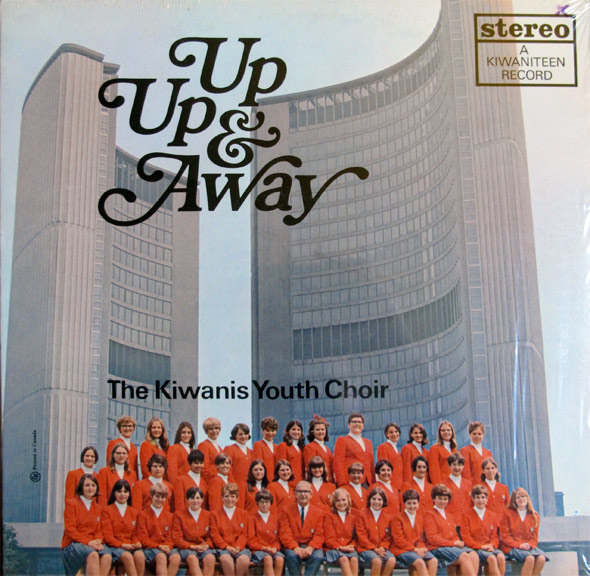 Toronto's new City Hall quickly became a popular backdrop for album covers after it opened in 1965, and this group of youngsters made the trip all the way down from Pembroke, Ontario for this 1967 LP, which includes a breathless run through the unofficial provincial anthem "A Place To Stand." 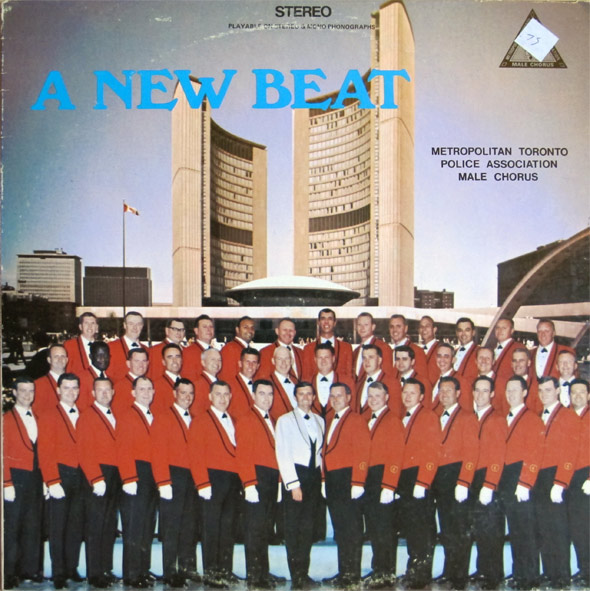 The liner notes of this 1968 album also prominently featuring City Hall rather implausibly read "So some night when you're stopped beside a cruiser at a red light, don't be surprised to hear the haunting lyrics of 'The Impossible Dream' floating toward you. It will only be one of Metro's finest Chorus members boning up for the next concert." 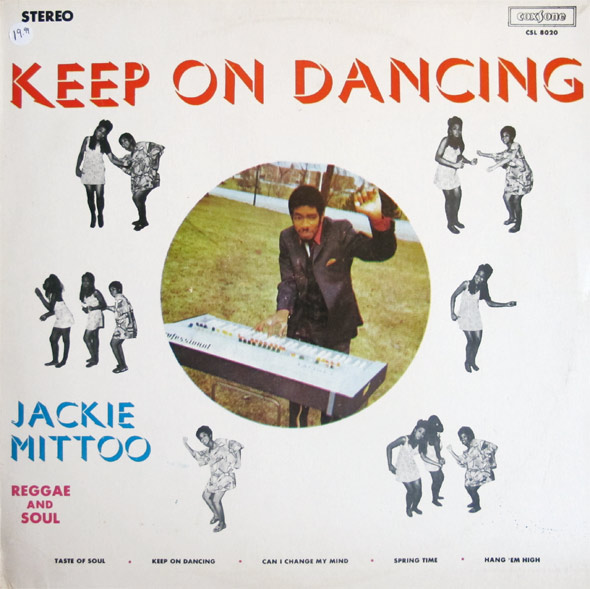 Jamaican keyboard legend Jackie Mittoo moved to Toronto near the end of the '60s and lived here off and on until his death in 1990 (one of his '70s albums includes a song named "Bathurst Street Yank"). This 1969 LP was recorded in Jamaica but the photo on the cover was probably taken on the front lawn of someone's house in Toronto (the back cover describes him as "Toronto-based"), where a clearly-uncomfortable Mittoo appears to be freezing his butt off.

Hagood Hardy - Stop 33
Hagood Hardy, who passed away in 1997, was a pianist and vibraphonist perhaps best known to readers of a certain vintage for scoring Anne Of Green Gables and Road To Avonlea, and his song "The Homecoming", which he originally wrote as a TV jingle for Salada Tea. The cover of this 1967 LP sports a gorgeous view of Bay St. facing south, including Sutton Place, the hotel (currently scheduled to be converted into, yes, condos) where Hardy's trio had a residency at Stop 33, the top-floor bar.

Pete Schofield and The Canadians - The Now Sound/It's A Sign Of The Times
Pete Schofield was a music teacher and big band leader who recorded at least four albums with a revolving lineup of young musicians, and these two feature shots of his bands draped across the steps of Casa Loma and posing with The Archer, a sculpture by Henry Moore in front of City Hall.

King Herbert and The Knights w. Jack Harden - S/T
King Herbert and The Knights were part of an expat-fuelled funk and r&b scene that sprung up in Toronto throughout the '60s and '70s. If you find an original copy of this album, which shows the band chilling out in front of Old City Hall, count yourself lucky because it's worth a few hundred bucks.