The Dirty Nil talk rock music, beer, and the Hammer

With a new 7" on the way--the impossibly catchy and cacophony-ridden Little Metal Baby Fist--Dundas, ON's the Dirty Nil continue to hold their title as one of the most exciting new rock bands in Ontario right now. Theirs is a gloss-free, incendiary take on classic power pop, driven by the throaty hollers and kinetic riffs of Luke Bentham, and anchored by Kyle Fisher's drums, and Dave Nardi's aggressive fuzz bass.

While the Dirty Nil haven't exactly flooded the market with releases thus far, the trio have been gradually picking up steam over the last few months since the release of their Summer Mix Tape back in July. The three of them took a couple minutes to talk about what they've been up to as of late, what's on the horizon, and the bands making Hamilton's music scene great right now. Oh yeah, and beer. Check them out with Teenage Kicks, the Sweet Mack, and Cubs tonight at Lee's Palace.

The quote "You ain't bleedin', you ain't tryin'" is on your Twitter bio. If the Dirty Nil had a mission statement, would that be it?

Kyle: Yeah, you can say that. That whole blurb is pretty much something of a mission statement for us.

Dave: I think that'd be one of many lines in a long Nil manifesto. It'd be like one of those calendars, where each day is a different inspirational statement. That'd just be one day of many. 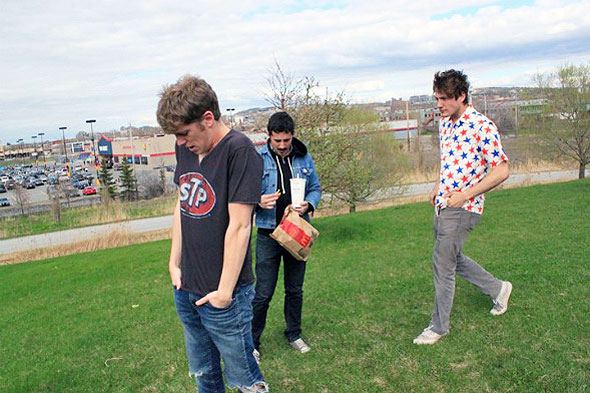 What are your most significant musical interests? How did the band get together?

Luke: High school. We all played together in various bands and one-offs, but after school, we solidified the lineup. We've got different tastes but we all love electric guitar music.

K: Luke and I met when we were much younger--like Kindergarten or whatever--but the band started in high school, which is where we also met Dave. Luke and I did music as a two-piece for about a year, then once Dave joined we had become the Nil. 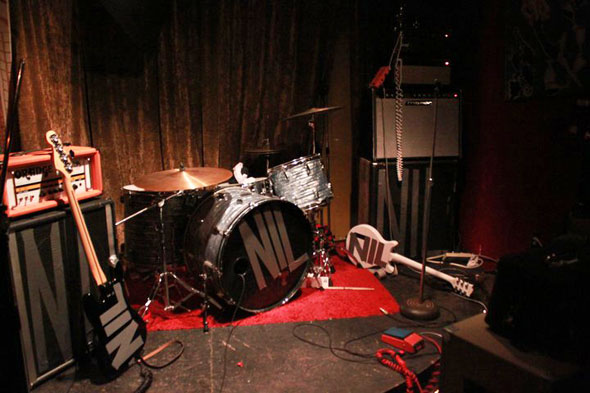 You guys have been hitting the road pretty hard over the last couple months, particularly over the last few weeks. You've had some big opening slots, including for the Sheepdogs, the Sadies, and even the Offspring. Has that impacted your approach to playing live?

L: I definitely swear more. I think we play a little faster and a little harder--things have a better chance of breaking in front of more people.

You recently contributed a cover of the Band's "When I Paint my Masterpiece" to the Teenage Kicks Singles Club, along with a selection by The Sweet Mack. How do you feel the Nil complement the bill at Lee's tonight?

D: In slight contrast to my last answer, I think smaller shows always have a greater potential for really special moments. While we try to play the same way in every room, when it's a small venue with a tight intimate crowd, its just easier to connect with the audience and the energy is easier to feed off of. And I think when you've got bands that are such live-centric bands--like Teenage Kicks--that kind of intimacy is invaluable.

L: I think we're all ridiculously stoked for that show. Expect beer--lots of beer. I think it'll be a hazy retrospective for all involved.

There've been a slew of 7"s and a few EPs over the last couple years--is there a full-length on the way? How do you figure it'll differ from what's been released so far?

D: There are no concrete plans right now for any kind of a full-length release. It's tough to make a prediction of what a full-length might sound like. I mean, certain songs are getting heavier and faster, but then songs like "Hate Is A Stone"--the b-side to our single--definitely have the distortion dialed back a little bit. Sort of.

K: We generally just go to the basement and play. What comes out alive comes out, and what doesn't stays in the basement to hopefully live another day.

Why are you guys so comfortable in Hamilton? Is there any pressure to migrate down the stretch of highway to Toronto full-time?

D: A move to Toronto's never even really been discussed. Hamilton's scene right now is great because there's a ton of great bands that are doing great things, even though sometimes they're similar. But at the same time nobody's really stepping on anyone's toes artistically. Even if it's a Hamilton punk show, none of the bands really sound the same. And I think that's a huge attraction. It's a big scene, but nowhere near as big as Toronto's, and everybody has their own place.

K: I know I've thought about moving to Toronto once I finish school here, but Hamilton is just too fun. There is a real community here between the bands. Hamilton is also growing into this hugely supportive city for the arts now that the James Street Artcrawl has really started to catch on. We have a lot of good friends and its nice to be a part of what's going on.

What's next for the Nil? 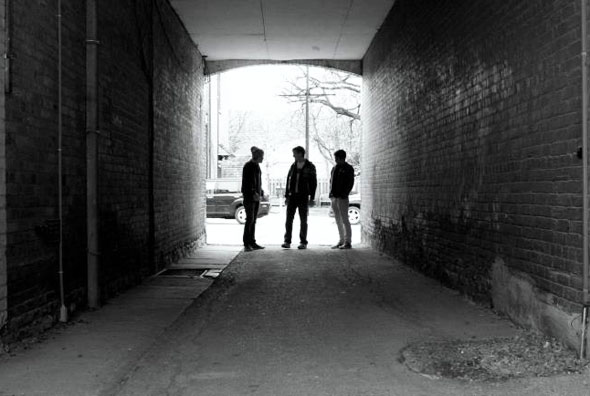 Photos courtesy of The Dirty Nil