Thursday night saw the Front Room of the Great Hall play host to the release party for Misha Bower's new book, Music for Uninvited Guests (Cringles, 2012). Despite the fact that this is Bower's first book, it's far from her first time writing, as she's also known as one of the founding members of Bruce Peninsula, Toronto's best gospel-tinged folk-rock collective.

It was a touch louder than most literary launches, as Bower called upon various members from her main band and the Toronto music scene at large to play short sets of songs while peppering short readings from the book. And with a little help from her friends, the night was an exciting celebration for a formidable new writing talent.

There was good cause for the elation in the room, aside from the enigmatic snapshots of life populating Music for Uninvited Guests. The collection has been a long time coming; Bower's literary pursuits having been put on the backburner after the band became more of a growing concern. "Music is like a mistress who became a wife," Bower says, but her creative interests have evidently made peace with each other as she's now "happily married to both." 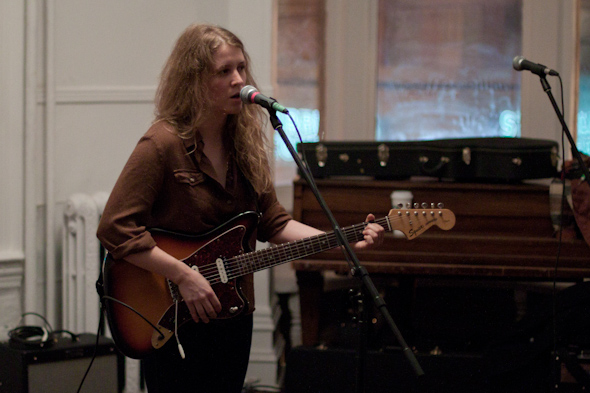 Music certainly made a strong showing, though. Following an engaging reading of "Whole Lotta Nothin'," the music portion of the night's events began with a sparse, haunting set by relative newcomer Sean Donald. Simone Schmidt of $100 was up next with a solo performance under her Fiver moniker, leaving the best impression of the 'opening acts.' Over the course of an all-too-brief set comprised of mostly unreleased songs, she captivated the packed room, losing none of the grim narrative intrigue that colours her earlier material (and also upping the incarceration motif considerably). 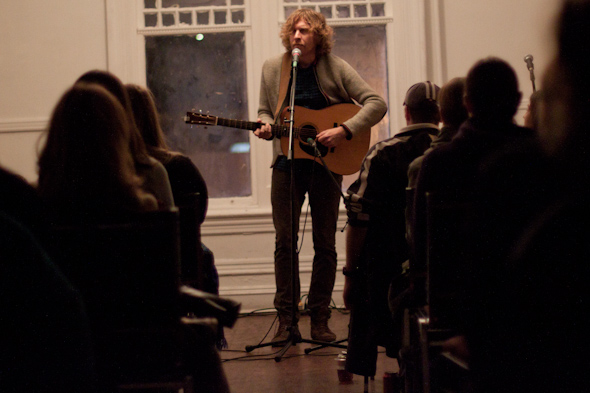 Following a second reading by Bower, a noticeably ill Doug Paisley took to the stage, who, despite a marred vocal range, still impressed the crowd of predominantly friends and family. An inventive appropriation of Woody Guthrie's "The Great Dust Storm" served as the set's highlight, but his own material also held the audience rapt. 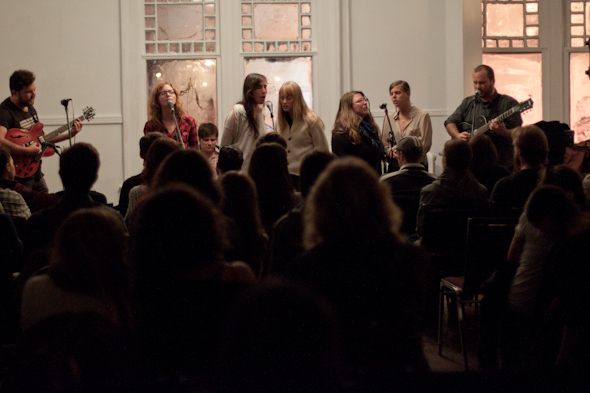 A (comparatively) stripped-down Bruce Peninsula took the stage to close out the night, Bower finally having the opportunity to fully show off her expansive, sonorous voice. Performing sans drums on this occasion, Bower and the four-strong "choir" were flanked by three guitars for a catalog spanning set that foregrounded not only their incredible voices but also the sense of community present in the band.

Each member took the opportunity to congratulate Bower on her achievement, a favour returned by through guesting on her bandmates' material, including Tamara Lindeman's the Weather Station and Matt Cully's Eons. 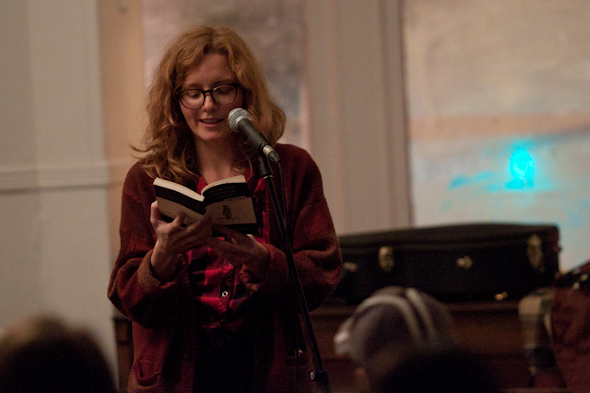 Regardless of the stellar performances, the most striking aspect of the night was its incredible atmosphere. As there was no stage to speak of in what seemed like a converted living room, it gave the launch an air of intimacy, although next time, a few more readings from Bower wouldn't hurt. Now let's hope we're not waiting so long to see her words in print again.

Music for Uninvited Guests is available now from Cringles Publishing, and comes with a digital mixtape of songs chosen by Misha, including a new track recorded with Bruce Peninsula bandmate Matt Cully.