Cat Power has an off night at the Kool Haus

Cat Power, the nom de plume of Atlanta songstress Chan Marshall, doesn't exactly veer into complacency when it comes to recorded material. It's easy to trace the creative evolution from the lo-fi, noise-spiked folk of her first albums and the smoky, mysterious torch songs of 1998's Moon Pix to last month's electronic tinged Sun, which serves as one of the clear highlights of an extensive discography. With Marshall playing nearly every instrument on the record, she weaves a rich musical tapestry that finds her in fine form as a songwriter — a compliment that, unfortunately, cannot be extended to Saturday night's show at the Kool Haus.

The first sign that it would be an off night was the wait for the band. At 11:15 p.m., 15 minutes after Cat Power's posted set time, the house lights dimmed to rapturous applause as Bob Dylan's "Shelter from the Storm" blared from the PA — an appropriate precursor for the emotionally bare songs of Chan Marshall if I've ever heard one. After the song ended, however, the band was nowhere to be found, and an enthusiastic audience quickly became bemused as another 20 minutes would go by before Marshall and co. finally took the stage. 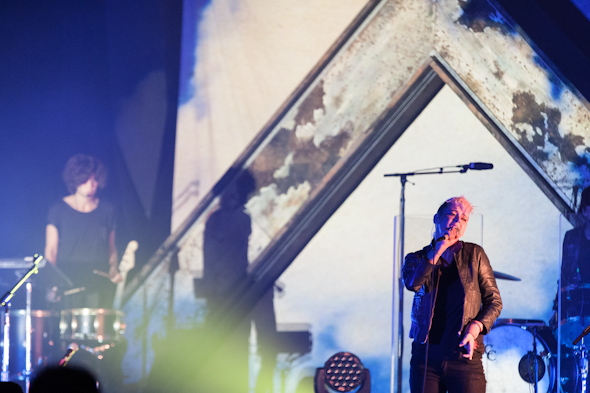 This tour finds Marshall acting as frontwoman for a new five-piece ensemble of deft multi-instrumentalists, but throughout the nearly two hour set, the band's adept take on the majority of the Sun material was hampered by Marshall's apparent disorientation from the events unfolding on stage around her. The set started with a missed vocal cue on opening number "Cherokee" that would set the stage for the length of the show to follow. All throughout it seemed as if there was a disconnect between Marshall and her band, who were, for the most part, much more than competent but also disappointingly listless, unable to feign interaction with the erratic mumblings of their singer.

Marshall's resonant, expressive vocals were a spectral imitation of her usual sonorous delivery, fighting to be heard above a muddy sound mix. The rare forays into her older material tended to fare just as poorly — the new band's take on "King Rides By," first culled from 1996's What Would the Community Think, was transformed into a nearly 10 minute dirge that effectively removed all of the driving tension of the original. Later in the set, the band recreated "I Don't Blame You" into an unrecognizable plod that found Marshall seemingly reimagining the vocal melody on the fly. 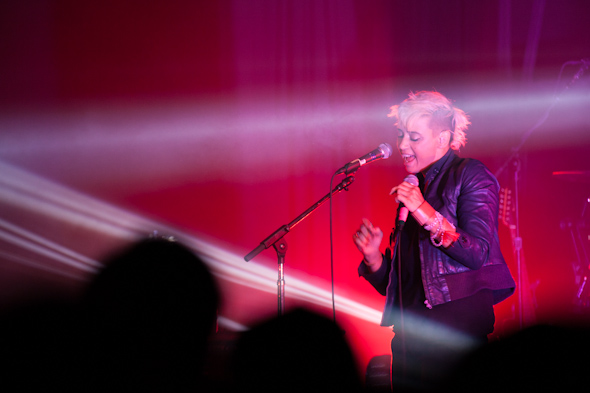 This isn't to say it was all bad: towards the end of the set, Marshall strapped on a guitar to play an instrument for the first time all night, alleviating much of the onstage awkwardness with the rollicking Sun closer "Peace and Love." Guitarist Adeline Jasso's caustic riffing was also a highlight throughout, but these small victories were too little, too late for a confounding set that leaned much closer to unsettling than enigmatic.

Marshall seemed genuine throughout the show, appearing engaged and vocally grateful towards the huddled mass of fans in front of the stage — even stopping to individually toss a bouquet's worth of roses into the crowd during the last song of the set. However, having been privy to a 2006 solo Lee's show that ranks as one of the best concerts I've seen, I know that Marshall's capable of so much more. Let's hope that next time she makes it to Toronto, she feels comfortable enough to bring her best to the table. 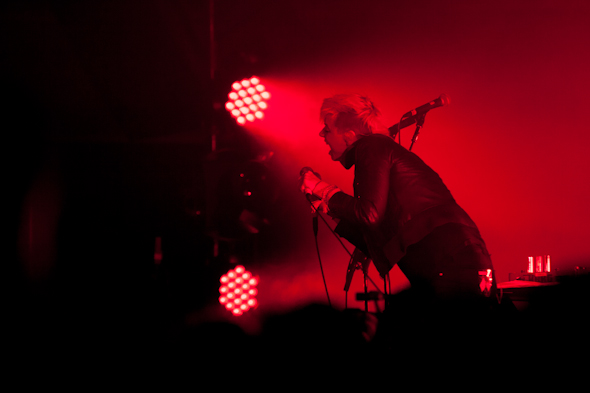