This was my second year attending Festival Music House at the Mod Club, and it's become one of my favourite nights of the entire year. And judging from the reaction of everyone in attendance last night, which was night two of the annual event, I'm not alone in this way of thinking.

Granted, the open bar and endless trays of finger foods are certainly a nice touch. As the night went on, the crowd became increasingly jovial and appreciative, and the endless flow of beer, wine, and vodka were probably a part of this. But this night was all about celebrating Canadian music, and my oh my, what a celebration it was. I'm not exaggerating when I say that this was one of the finest nights of live music that I've ever been a part of.

The evening's festivities kicked off with Humans, an electro-pop duo from East Vancouver. I must confess that I wasn't too familiar with their work prior to last night, but they did a great job of setting the tone. The first thing I noticed about them was their awesome stage presence - these guys truly love what they're doing, and were bouncing around the stage like a pair of kids jumping on a bed. Their music was far from the generic electro-pop that's been eating up the airwaves as of late, and songs like "De Ciel" had those who had arrived to the Mod Club early nodding their heads and moving to the beats. I sense that these guys are destined for big things, and deservedly so. 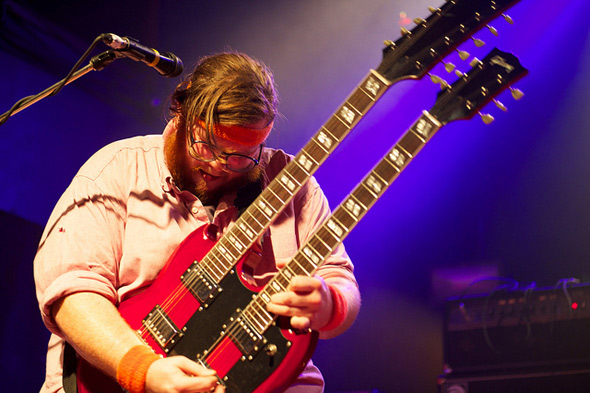 Next up was hard rock duo PS I Love You, out of Kingston. I have to admit that I've been underwhelmed by these guys in the past, but after seeing them live last night, I'm forced to eat my words. Paul Saulnier is an absolute beast on the guitar - he was shredding like a seasoned pro last night, even using his beer bottle at one point.

In between songs, he kept the chatter with the crowd to a minimum, and he comes across as a very humble and shy dude. When he breaks into song, however, he's all business, and his distinctive voice and lamenting wails are the perfect complement to the grooves from his guitar and the excellent drumming by Benjamin Nelson. "Red Quarter," which was a hit last night, is the perfect introduction to this duo if you're not familiar with them. Trust me, they're worth your attention.

When Hey Ocean! took the stage just past 10:00 pm, you could feel the crowd's excitement beginning to grow. What followed was one of the most enjoyable sets that I've ever had the pleasure of witnessing live. After last night, I can easily say that Hey Ocean! is, in my opinion, one of the most exciting and enjoyable acts on the Canadian music scene today. 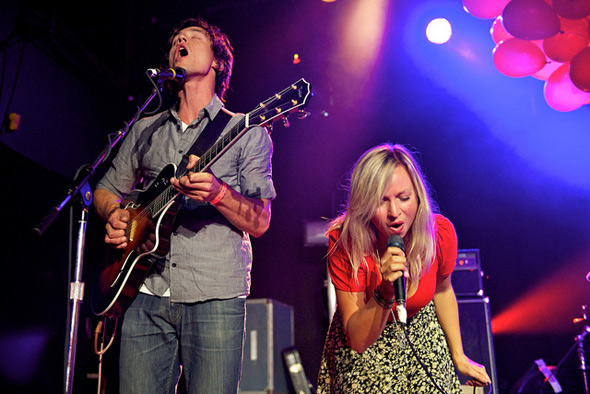 Maybe it was the unbelievable stage presence of front-woman Ashleigh Ball, whose gorgeous voice is matched only by her awesome flute-playing skills. Or maybe it was the fact that the band shares a chemistry that is obvious from the minute they take the stage. Whatever it was, the band had the crowd eating out of their hand.

From their opening song, the incredible "I Am a Heart," which starts off with a mean little bit of flute playing from Ball, it was clear that we were seeing something special. Tracks such as "Jolene" and "Islands" had the crowd going nuts. But the last song, "Make a New Dance Up"...shit, you had to see it to believe it. As the song built to its climax, the entire band gathered around the drum kit and banged away on it in unison, before Ball took a huge bundle of balloons and jumped into the crowd before letting them go. It was really something to behold. 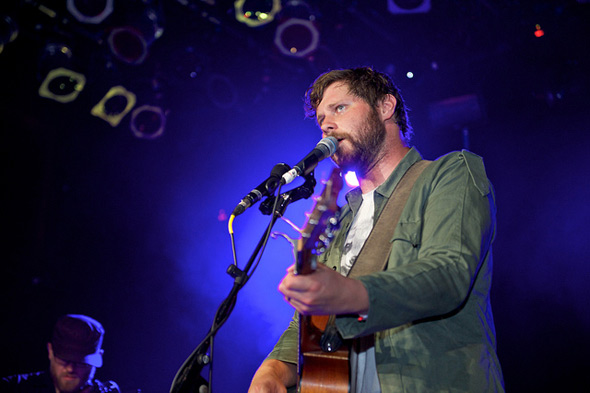 Following that epic set, you may have thought that the crowd might be a little more subdued. But as soon as Dan Mangan took the stage, all bets were off - he absolutely killed it. Over the last couple of years, Mangan's popularity has soared, and it's easy to see why. If you've noticed that I've mentioned stage presence a few times throughout this post, it's because I truly believe that good stage presence is an invaluable component of any live show. If the artist looks like they're enjoying themselves on stage, this enthusiasm will carry over to the crowd. Mangan...well, let's just say that Mangan appeared as though he was having the time of his life.

His opening track, "About As Helpful As You Can Be Without Being Any Help At All," really set the tone perfectly. "We're kinda pressed for time tonight, so we're gonna play nothing but bangers," exclaimed Mangan with a grin at the song's conclusion. And man, he wasn't kidding. He pulled out all the stops on "Leaves, Trees, Forest," the astonishing "Post War Blues," and the Stephen King-inspired "Rows of Houses." 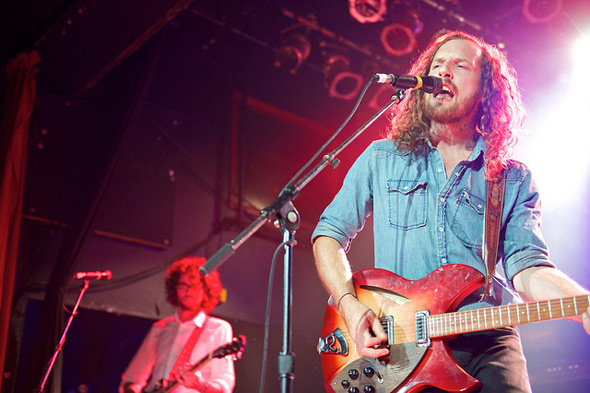 Finally, just past midnight, Yukon Blonde took the stage. And just when it seemed like the crowd had nothing left, they seemed to collectively get their second wind. For my money, Yukon Blonde has one of the best songs of 2012 - the magnificent "Stairway" - and in this, their breakout year, they've really made their mark on the scene. As they started in on their opening track, "My Girl," the Mod Club roared their approval, as many of those in the crowd began to dance along to the music (including one girl near the front who kept screaming that she wanted to get on stage and dance). Song such as "Radio" and "Iron Fist" helped the crowd maintain their enthusiasm, even as the night winded down and the inevitable fatigue began to set in.

When the night finally came to a close, it was very clear that no one was going away unhappy. Festival Music House is quickly becoming the can't-miss party of TIFF, and, I would argue, of the entire year.