The bar was open and the drinks were flowing Monday night at The Mod Club for for the first night of the annual Festival Music House. Servers worked their way through a crowd of entertainment and movie industry professionals loaded with trays of bacon-stuffed hamburger sliders, sake-soaked gravlax and some sort of fried cheese thing that smelled delicious but I couldn't quite bring myself to try.

After the audience had a few minutes alone with the bar and the hors d'oeuvres, Ottawa's Jeremy Fisher got onstage to kick off the evening. 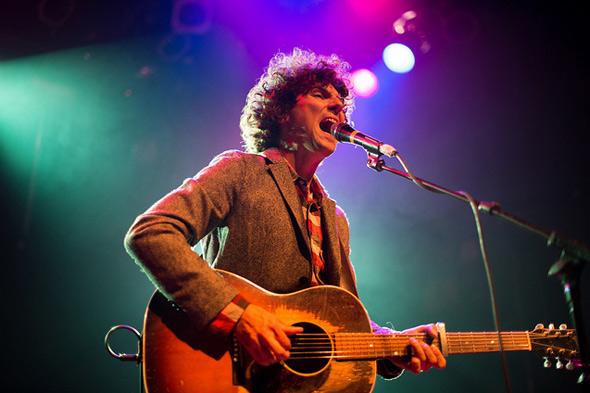 Fisher struck a rather anachronistic figure onstage, with his tweed jacket, worn-out Gibson acoustic and classic folk-troubadour fingerpicking. It was interesting to hear someone so grounded in a '60s folk aesthetic; there's not a lot of guys doing it well these days. Jeremy Fisher does it well, though: his 2008 album Goodbye Blue Monday earned him Juno nominations for both New Artist Of The Year and Adult Alternative Album Of The Year. His newest record Mint Juleps was released recently, featuring the easy, charming "Tetris Song"

Shortly after Fisher finished his set, Adam Cohen went on. The son of the legendary Leonard Cohen began with "Lie Alone" from his newest record, 2011's Like A Man. Intense and understated, it was a very compelling study in restraint. 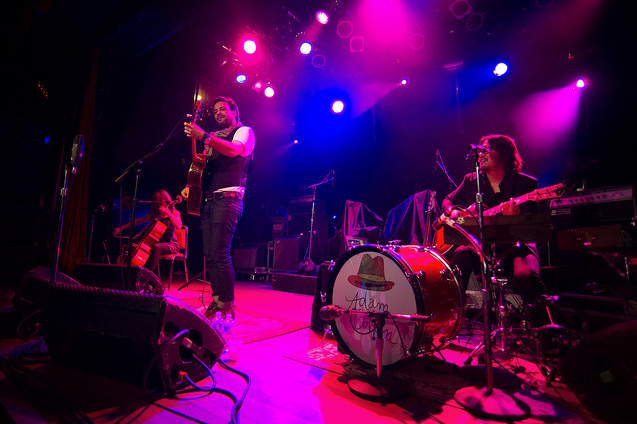 Though one might expect Cohen to be ill at ease with the long shadow cast by his father, Adam seemed very comfortable on stage, even joking that he was "the son of a rather well-known Canadian singer songwriter, Celine Dion. This is one of hers," before he launched into his closer, a cover of his father's "So Long, Marianne."

There was a general buzz of polite conversation during Adam Cohen's set, but the minute Juno Award winners Wintersleep began, the audience shut up--at least in part because of how loud the band was. Compared to the earlier acts, the sheer presence of a fully electrified 5-piece band was a bit of a shock. 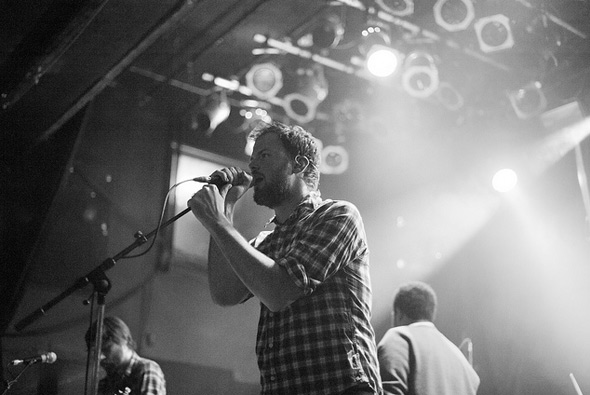 They began with "Hum," the first song from their new album Hello Hum. That song dovetailed into their newest single, "In Came The Flood," full of really distinctive guitars and great vocals.

Though they showcased material from their new album--the highlight of their set was "Smoke," that single track reason enough to buy Hello Hum--Wintersleep did make sure to play their breakthrough single, "Weighty Ghost" from their 2007 record Welcome To The Night Sky. I was pleased to hear "Weighty Ghost" changed from the acoustic-driven version I remember--years of playing it live has turned the song into a loose, beautiful epic. With the full band behind it, it's huge and anthemic in a way the studio could never match. After, to close their set, Wintersleep chose "Oblivion," also from from Welcome To The Night Sky.

Wintersleep are actually coming back to Toronto October 21st alongside Toronto-based roots auteurs Elliott Brood at the Danforth Music Hall. 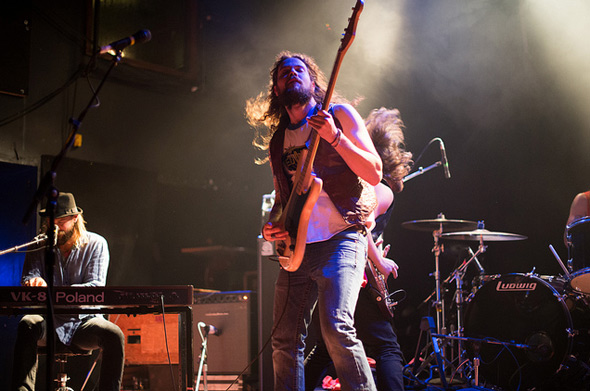 What do I say about a band that sounds just like how I wished every band I played in when I was a teenager sounded like? Well, I could say that, I guess. Clad in leather vests, vintage t-shirts and sporting lots and lots of hair, Monster Truck began their set with the punishing "Runnin'." 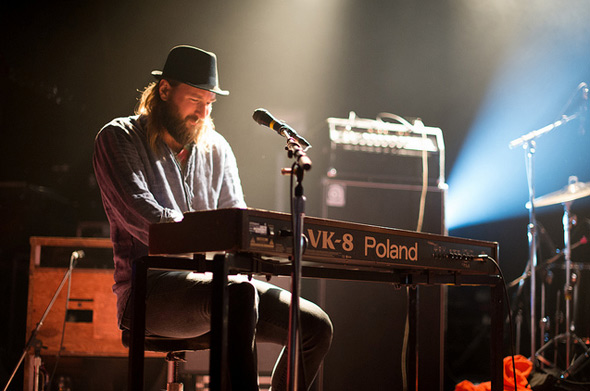 Monster Truck proved the perfect closer for the night, able to help rally a noticeably flagging crowd and deliver exactly what you would expect from a band with such a name--namely, fist-pumping, badass tunes and bitchin' solos. There was one song where they sort of slowed it down, an almost-ballad called (I think) "For The Summer," but other than that, it was heavy riffs and lyrics about smoking weed all the way.

After Monster Truck finished their set, the audience began to drift out of The Mod Club, exhausted but satisfied by the eclectic night of music on College Street.

Note: Kathleen Edwards had been booked to play, but apparently suffered a severe allergic reaction to a bee sting and couldn't make it. I'm sure I speak for everyone when I wish her a speedy recovery. Though I don't think anyone should worry too much; judging from a few of the tweets she sent after the incident, she seems to be keeping in pretty good spirits.