Thee Oh Sees whip the Hoxton into a frenzy

Wednesday night saw The Hoxton taken over by Smartboys, a new project from Mike and Jonah of Fucked Up, Ty Segall, who we've talked about too much, and Thee Oh Sees, the work of mastermind John Dwyer.

Smartboys opened the show to an already-packed and rowdy house — impressive for their hometown debut. Mike Haliechuk's guitar riffs are as catchy and precise as you'd expect, and, when combined with Westburg's vocals, make for some incredibly infectious tunes. I hope this wasn't a one-off thing — more people need to see these guys play.

John Dwyer's protege Ty Segall is always a fucking riot. He brought along regular collaborator Mikal Cronin (they've teamed up for many projects, including Reverse Shark Attack in 2009 and most recently Group Flex last year), and the two of them threw a fantastic party. In fact, at the end of the set Segall pushed a security guard into a stage dive (Party?!). He played mostly new songs from his upcoming album Twins, which will be released October 9th. 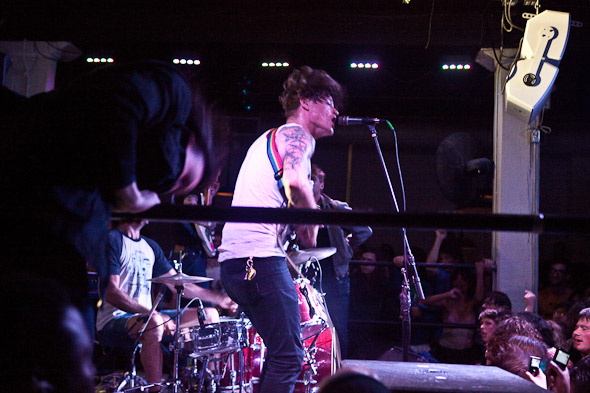 Thee Oh Sees are a garage rock force. Dwyer has been releasing music solo and full-banded for about a decade and a half. The latest release is Putrifiers ii, which broke earlier this month. The addition of Brigit Dawson on keyboards and vocals give Dwyer's yelps a little something extra — an added edge over typical garage rock vocals.

As amazing as the recordings are, seeing Thee Oh Sees live is one of the things you should do before you die. They're more jam-y live, which is a word I never thought I'd use positively, but these guys make me do and think weird things (have you seen me "dance"?). Besides, the songs are only "jam-y" in the sense that they're longer and perhaps a bit looser — the tunes never lose momentum. On the contrary, this is about ratcheting up the tempo (as opposed to, say, slowing shit down and soloing and frolicking through meadows).

Their entire set kind of melded into one long song, but in the best possible way. The band seemed to have limitless energy, and it spilled into the crowd instantly. In fact it was the most enthusiastic crowd I've seen or been a part of in a long time. 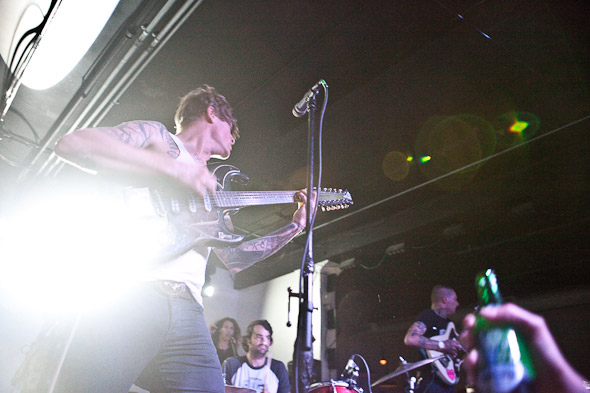 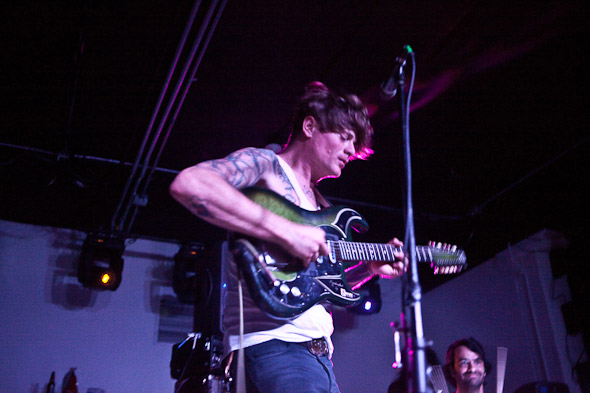 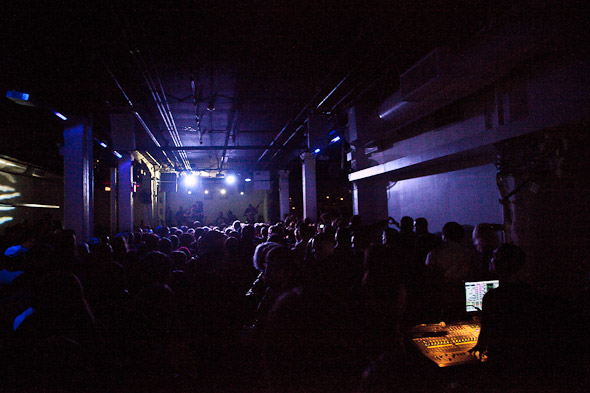