Peter Gabriel is generous with the hits at the ACC

Peter Gabriel is one of those popular singers from my youth that I never got to see live. Fast forward 25 years and he's celebrating the quarter-century anniversary of the release of his So album — the one that spawned mega-hits such as "Red Rain," "Sledgehammer," "Don't Give Up," "In Your Eyes" and "Big Time." 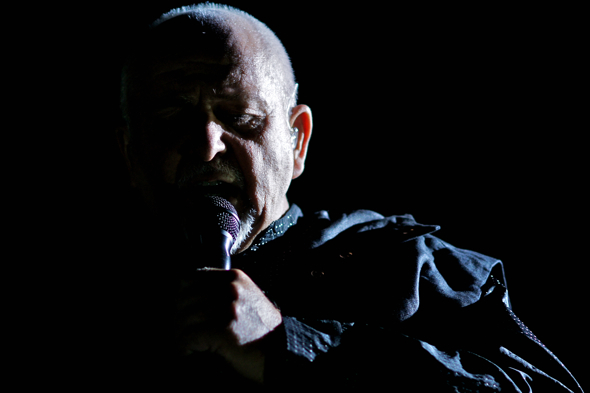 Gabriel kicked off Wednesday night's show at the Air Canada Centre cordially with a "Hi there," starting off with an explanation of what was to follow. "So..." he began, "sometimes the process is more interesting than the product." He then introduced an unfinished song that he performed on piano, accompanied by "my old friend, the legendary Mr. Tony Levin," on bass. 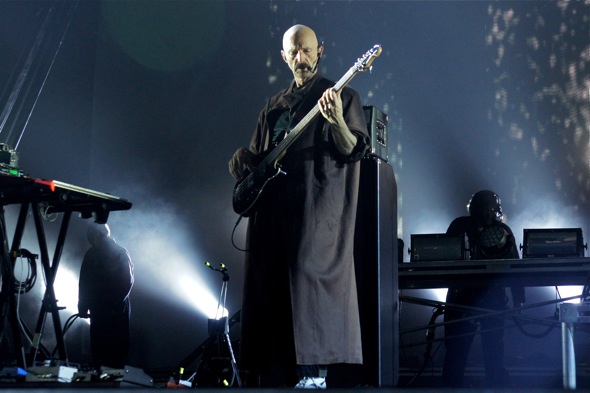 Later, they were joined by a talented band, comprised of Manu Katche on drums, David Sancious on keys, and David Rhodes on guitar, as well as a couple of female backup vocalists.

One thing I noticed immediately is the stripped-down nature of the stage design. This was no overblown Madonna spectacle of a show — just a big, white screen behind him, and two smaller screens flanking the plain black stage. The lights were at times blinding or distracting, but well-choreographed to the music.

Gabriel looks like an elderly statesman now, with his round face, trimmed grey goatee, and sipping from his mug of tea between songs. His demeanour and candour suits his 62-year-old self, but the voice is still as strong and powerful as it was 25 years ago.

"I may need a little help with the next one," he said at one point in the night, and he got it as the audience joined in with "Shock the Monkey," which was given a more laid-back, jazzed-up treatment. 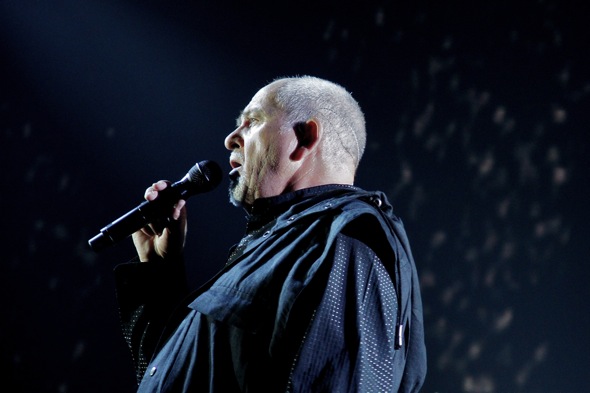 After what seemed to be a band — and audience — warm-up, the real show began and we were treated to the album So in its entirety. With the first bars of "Red Rain," the crowd perked up, many rising to their feet. On came a slew of tall light structures that resembled a ballet of mechanical giraffes, controlled by black-clad men in mesh masks. These towers of light wove and bobbed about on stage, often coming within arm's reach of Gabriel, who interacted with them.

At one point, a light tower descended upon the stage, mere feet from Gabriel, its eyes feasting on him like an alien about to devour him whole. 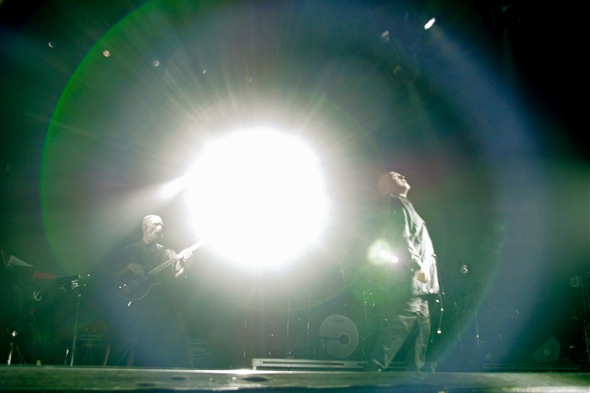 "Don't Give Up" was one of the highlights of the show, with Jennie Abrahamson, one of the backup singers, filling in Kate Bush's vocals admirably, while hearing In Your Eyes reminded me of that famous scene with John Cusack in Say Anything. 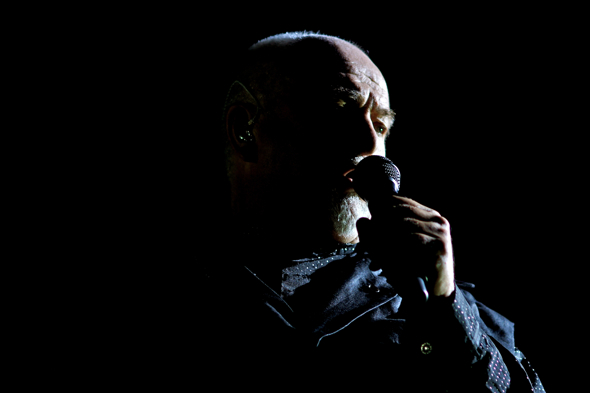 The encore, "The Tower That Ate People," was given a literal treatment on stage: a UFO-esque lighting contraption descends from above the stage to surround Gabriel. As it touched down, an image of Gabriel looking straight up at the audience fills the screens as big swirls of light appear to beam him up. Quite an unexpected stage manoeuvre, given the fairly low-tech vibe of the show. 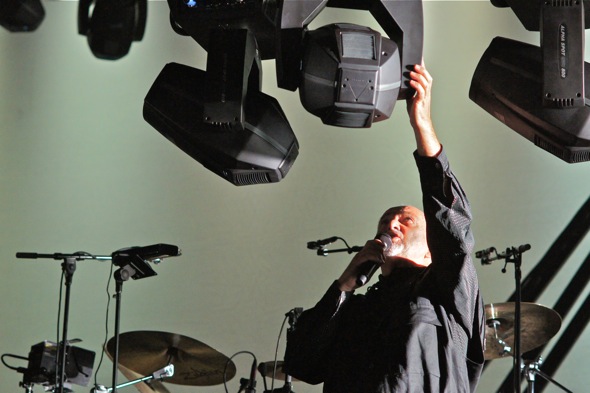 The night concluded with a rousing version of "Biko" with the audience singing along en masse, making for a memorable end to a two-hour-plus long night of wonderful music.