Jason Collett, Young Empires and Down with Webster close down the 2012 Festival Music House

That's a wrap, as they say, on another year of Festival Music House. The Mod Club, for the past three nights, hosted some of Canada's top musical acts to show our chops to TIFF's movie industry. With the Mod Club transformed into a catered event with hors d'oeuvres, a gratis bar and a half-full crowd of half-attentive suits, you know you're in for a good time. Oh, and Down With Webster tried their damndest to get everyone to dance.

Not an easy feat for any of the night's performers.

Not being able to get away from work until after 8 p.m., I missed the night's opener, Shawn Hook, the pianist and guitarist from B.C. My bad. But arriving for the start of Jason Collett, one of Canada's finest singer-songwriters, the drinks started to flow (those summer tonics, whatever they were, were bountiful and delightful). Collett, sporting shoulder length hair and a whip thin physique, played firmly to the 200 or so people in the audience. 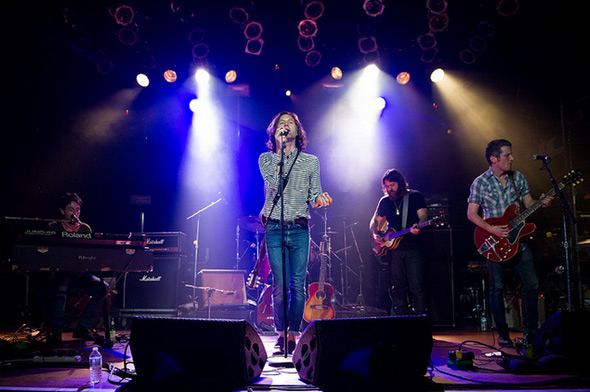 With a new album, Reckon, dropping at the end of this month, Collett and co. tried out some of the new material, namely the dark and brooding, "Where Things Go Wrong," and the more upbeat ditty with another downturn message, "I Want to Rob a Bank," which has obvious ties to the Occupy movement. The songs are decent, especially the latter, but shit they are draining. And so another summer tonic. 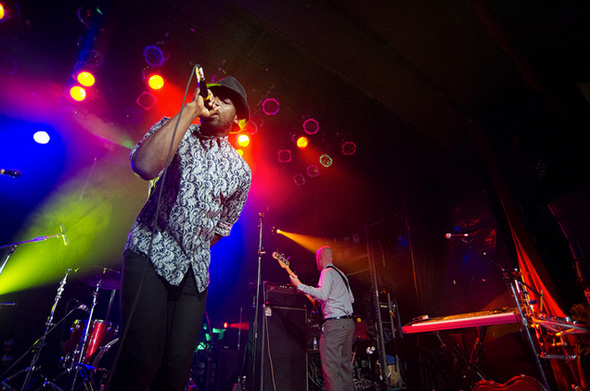 And then time for a full 180. Grand Analog, a funk and hip-hop ensemble originally from Winnipeg but now calls Toronto home, has been around for the past five or so years touring with bands like Bedouin Soundclash and Shad. Fronted by the sprightly Odario Williams who was intent on getting the crowd to jive with him, wasn't impressed. Looking to the seating area, he ribbed, "You are all sitting there like this is Oscar night. This isn't Oscar night!" With some solid experimental hip-hop beats and bass lines alongside Odario's smooth flows, there were some standout jams like "Electric City" with the catchy chorus, "music makes the world go around." Then there was the frosh kids' pleaser, "I Play my Kazoo," with Odario playing an actual kazoo in the song's breakdown. Nifty. 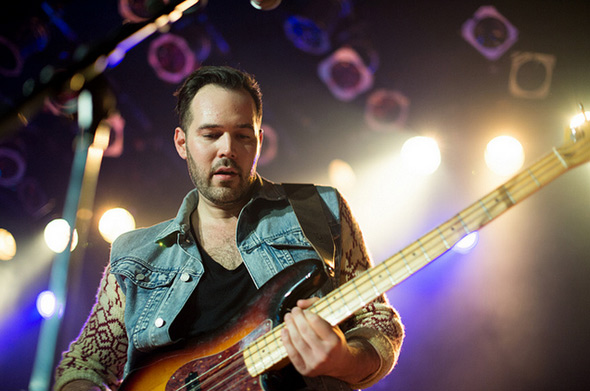 Next up was up-and-comers Young Empires. Although they only did a crisp 30-minute set with little audience interaction, they handpicked a solid set list. With the high-reaching vocals somewhat drowned out in the beginning, the sound was ironed out for singer Matthew Vlahovich to show his chops. With ample upbeat, high-energy ditties, the audience was the most attentive during songs like the single, "White Doves" and the catchy new single "Let You Sleep Tonight." The set's highlight was during the breakdown for the closing song "Rain of Gold." 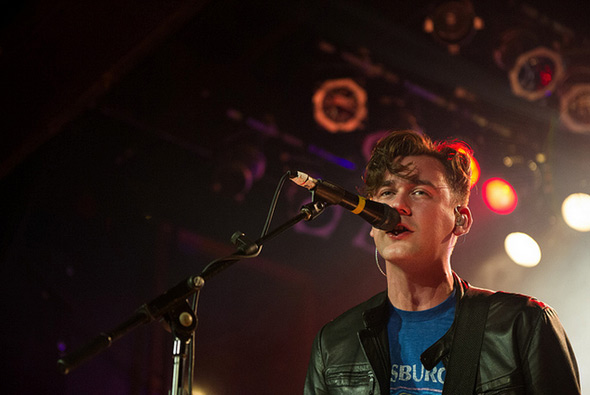 After a bit of a wait and a couple more summer tonics, because why not, Down With Webster took to the stage. Say what you want, but I'm not sure if they were the best suited to close out Festival Music House. A couple songs in and the crowd had dwindled to about 100. Slagged as Toronto's guilty pleasure, credit needs to be given where it's due and the boys from the Beaches pulled out all the stops. They played hard (a little crazed even), with Bucky and Cam Hunter flailing around the stage with gusto. 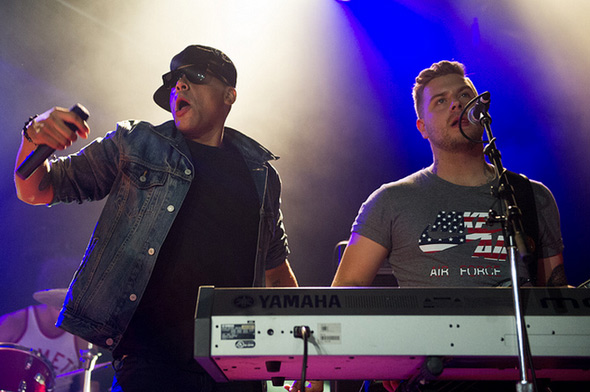 Only allotted a 45-minute set, Down With Webster has an impressive number of singles that you didn't think you knew until you hear them. Or admit to knowing them. Easily the best part of their set was when Marty, their afro-toting drummer, did a drum interlude halfway through the set to a smash-up of Mario tracks, Haddaway's "What is Love?" and Rage's "Killing in the Name."

Noticing that there was probably 100 people in the audience, Cam summed up the crowd thusly: "Girls wearing high heels and dudes in suits, it's freaking me the fuck out." As such, D-dubs decided to play "Pony" by Genuwine.

And that's when I decided to make my exit. Just after one more of those summer tonics, of course.