Grimes is weird and wonderful at Lee's Palace

Montreal's Grimes was in town for two nights this weekend, playing sold out shows at Lee's Palace. Her debut album Visions has been excitedly received around the globe and is up for the $30,000 Polaris Prize tonight. 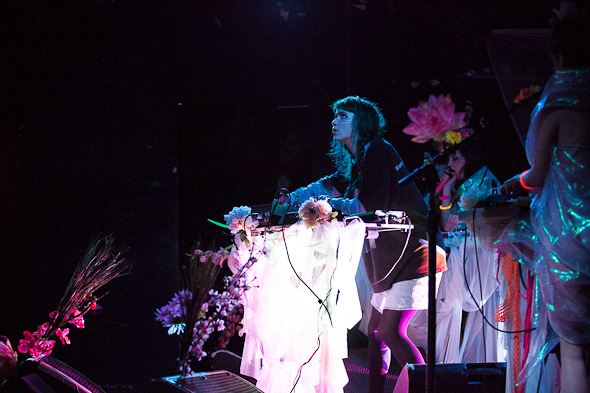 She performed with a surprisingly minimal stage set up (some fake flowers....BUBBLES! a couple girls wearing shower curtains?), though I'm not sure what I was expecting. Her energy was super high and so was the audience's — culminating with the track "Genesis" and everyone being invited on stage, "but only if you dance."

Throughout the night she drank from a bottle of something I couldn't discern (alcohol?!) and a pitcher of tap water — making sure to tell the audience how stupid plastic water bottles are and to always ask for tap water when you're on tour. 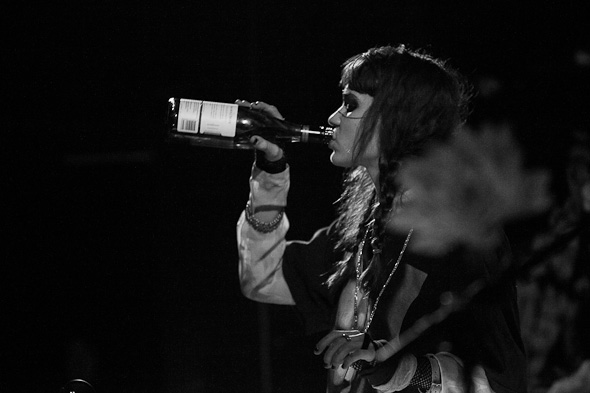 The music was just the right amount of loud, her dancing just the right amount of weird. There's something very genuine about her, something very humble (the old Canadian "curse" maybe). She put on a show exactly like she would've if she was 14 years old and alone in her bedroom — the microphone could've just as easily been a hairbrush. Stripped down, uninhibited and 100% herself, Claire Boucher is some kind of futuristic wonder child. 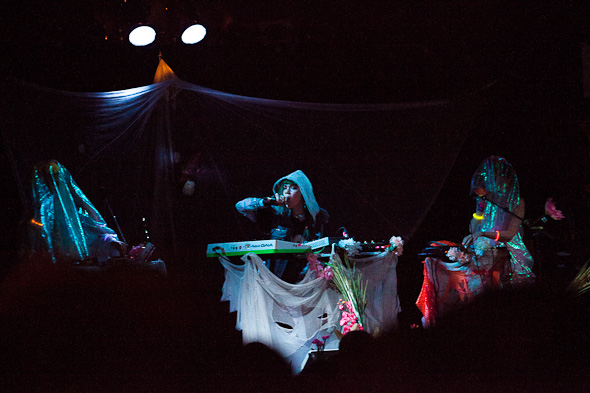