Get to know a DJ: Bitch Craft

In the basement of Parts & Labour, a sweaty girl in a cut-off Biggie t-shirt gyrates as she slams back a tall can and high-fives her friend. For the past two years, scenes like this are what partygoers have come to expect at a Bitch Craft night (such as this coming Saturday's event at 10pm). However, newcomers might be surprised to find that the chaos is being caused by the two classy girls behind the DJ booth.

I caught up with Cory (DJ Redhead) and Shannon (DJ Blonde) for an evening stroll in the park, and to chat about their successful monthly jam, their hip hop predictions, and some awkward party moments.

How did you initially get into hip hop/rap/R&B?

Cory (CW): The classic older sibling scenario. My sister and her friends were really into rap in high school.
Shannon (SM): I heard "Juicy" on the radio when I was younger and thought it was awesome.

And you played that track so loud that your Mom had to thump the ceiling with a broomstick?

SM: If only my cassette player would have gone loud enough. 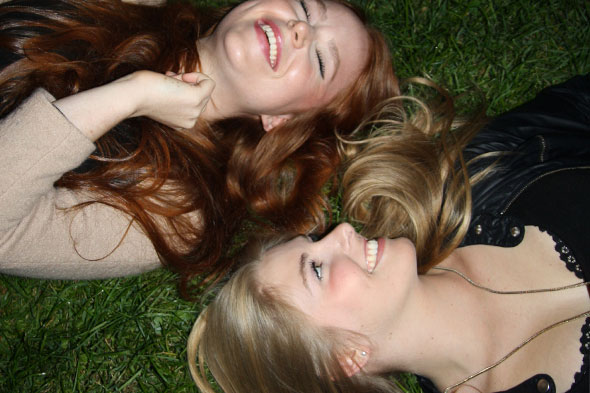 Where did the idea to throw hip hop jams under the name Bitch Craft come from?

CW: The name came from my friend Scott. It's not a rap thing, I just really liked it! I probably would've used it for anything; if I started a punk band, created a zine, had a kid, etc.
SM: We decided on the name before our first party. Cory mentioned it to me at a house party in 2010, and we didn't even talk about any other possibilities. Love at first listen.

Why did you decide on throwing a hip hop party?

CW: We didn't, really.
SM: We didn't know what we were doing!
CW: I went into it thinking I could play new stuff--stuff I had found on the Internet that people didn't know yet and that they'd all be super-impressed by how good I was at the Internet.
SM: I wanted to play Bat Mitzvah rap, dance with our friends and recreate Sean Paul music videos. Cory is so good at the Internet.

It seems that hip hop is drawing an even wider audience these days, any predictions on what direction this genre is heading into?

SM: Do we look like Miss Cleo? I totally agree that it's becoming more popular. Not sure where it's headed, but I do know that Cory will be tracking its every move on the Internet.
CW: I don't think an entire genre of music will bend in a certain direction. This is just a guess, but I think you're going to see a lot more country influence in rap.

Like when Nelly and Tim McGraw did that song together?

CW: Yeah, that's were the money is! Country album sales are huge and there's so much potential for rappers to break into that market. It's business.
SM: Lest we forget Taylor Swift and T-Pain, too. 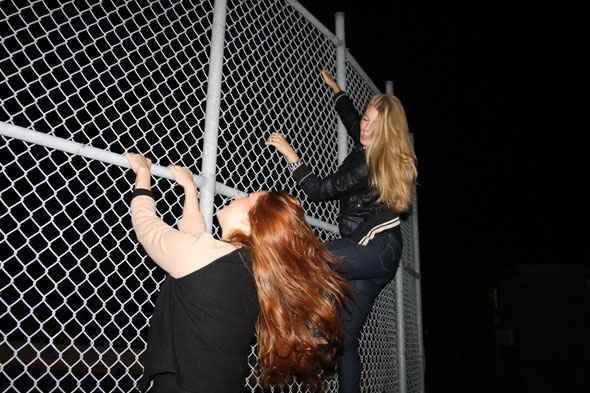 Both of you work as marketing coordinators at your respective companies. What do your office co-workers think about your rap music parties?

SM: Everyone both in my office and on the floor are really supportive. A lot of my co-workers have their birthday parties, or bring visiting friends to our night. They'll tell you that I pretty much shriek with glee when I see them arrive.
CW: That it's "neat." I have a few co-workers who are super into it, though, and I just like that people talk more with me about music in general.

What do you think about the Toronto hip hop scene?

CW: I think the Toronto scene is growing. We've always had amazing artists and producers, but going to shows feels different now, like there's more of a community.
SM: It's definitely growing. I remember listening to artists like Kardinal Offishall and K-OS growing up. Their music was so Toronto-centric, that it made me really excited about my city. I think there's a second wave of that going on right now.

Which artists (Canadian or international) do you think are going to blow up soon?

CW: Canadian, Luu Breeze. As far as International" (aka US) goes, I've got my eye on a few people; Casey Veggies, Fat Trel, Lady, Jon Connor, LEP Bogus Boys, T.Shirt, Pac Div, Joey Bada$$ and Los. They're pretty well known to some, but I can see them blowing up soon.
SM: Totally agree. Lady makes me want to turn the next Bitch Craft into a twerk-off!

What's the craziest thing that you've witnessed from the DJ booth?

CW: We see a lot of amazing falls. There's a tiny step before the booth that seems to be extreme terrain for drunk people.
SM: The fire alarm was pulled last year by some prankster while we were playing Nelly's "Hot in Herre." Everyone barely realized and it took a while to get us all out of the basement. It was awesome when the firemen walked through and asked us who or what Bitch Craft was.
CW: One time somebody requested Shad and I said I couldn't play that after Clipse. It was Shad, so that blew.

What's the perfect recipe for a poppin' Bitch Craft party?

SM: Booze + dancing + grinding + people requesting Lil B + high fives + ceiling banging!
CW: With like, 6 cups of not taking ourselves too seriously. 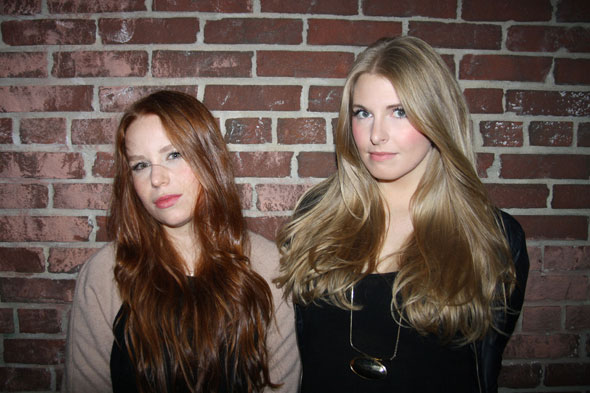 SM: "How ya look, so sweet with your horse legs, acting like you're strange."
CW: "Last Call" - Kanye West. All of those ones.

What would your rapper name be?

SM: Is that the same as your stripper name? If so, then I'd be "Shadow St. Clements."
CW: Coco.

SM: Other than The Drake and Parts & Labour, for sure Cocktail Bar.
CW: 416 Snack Bar.

Writing and photos by Simon Mohos