27 may not constitute a banner year - the salad days of legally drinking, gambling, and renting a car are now a few too many seasons passed - but when the birthday recipient in question is Lee's Palace, a veritable Toronto institution if there ever was one, who cares about the logic behind the celebration?

Despite the eclectic bands the venue has hosted over the years, Lee's cut its teeth on indie, punk, and alternative rock, wisely opting to return to these roots for a 27th anniversary three'fer with a band that helped define all those genres: Dinosaur Jr. Monday marked the beginning of the trio's three night stand, and, if the persistent ringing in my ears today is any indication, it was a good one.

With their 10th album, I Bet on Sky, released last week, the group had their own cause for celebration. Regardless of occasion, Dinosaur Jr., led by the famously laconic and majestically haired guitar hero J Mascis, has always been a prime example of impeccable players whose music speaks for itself, layering deafening volume over melodies indebted to classic pop and folk. 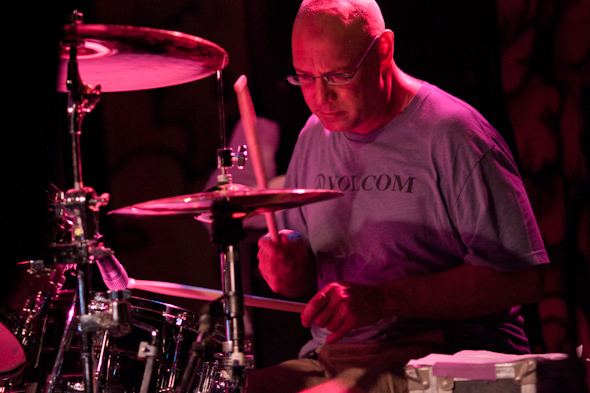 The band, also comprised of bassist/Sebadoh founder Lou Barlow and always-amicable drummer Murph, were playing most of their selections from Sky for the first time, so it was understandable that they ran through only four new tracks early on in the night. That left the nearly sold-out crowd with a career-spanning setlist that visibly pleased those attempting to singalong to Mascis' drawl, as well as some surprisingly resilient crowdsurfers.

While the new record doesn't represent a full-on change from the typical Dinosaur formula - a wise man once said something about not fixin' what ain't broke - it does find the band incorporating additional textures into their sound, including mellotron and more acoustic guitars. As a result, the album has a breezier sound compared to earlier works, one that wasn't necessarily reflected in Monday's show. Instead, Dinosaur were all rock action, a fact surprising nobody - when a guitar-bass-drums trio lines the stage with three full Marshall stacks, you know that subtlety isn't going to be on the night's menu. 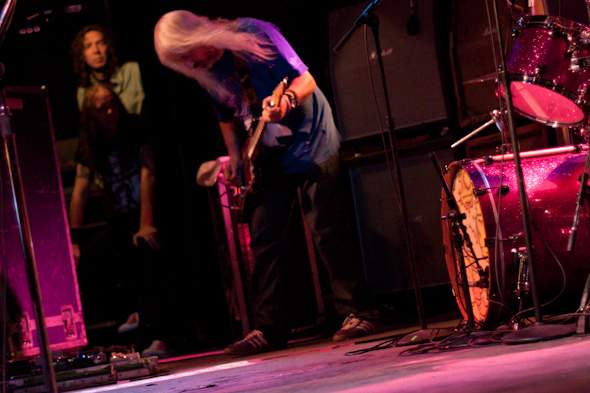 Mascis and Barlow, who infamously feuded prior to the latter's dismissal following 1988's Bug, still come off as slightly oppositional. Obviously the two engage in a working partnership, but it was Barlow who played spokesman between songs, J offering only obligatory thanks to the crowd. Even less was communicated by the frontman in Barlow's direction (a request from the bassist to play new songs in the encore was all but ignored).

All that aside, the group possess one of the most rewarding songbooks of the first wave of American underground rock, and have outlasted countless peers by not only revisiting their classic material but potentially topping it. Live, they're still a monolithic force, and you'd be crazy to not catch them tonight as they round out their three-night stay in Hogtown. Who knows when they'll play a venue this small again, and hey - Lee's Palace isn't getting any younger.

Tarpit
In a Jar