Big K.R.I.T. outclasses them all at the Phoenix

The performances were scheduled to start at 8:30pm, just half-an-hour after doors — an early start all things considered. Not wanting to miss the first openers, Toronto hip hop group Notes to Self, I arrived just before 8:30, and was pleasantly surprised to see them getting on stage (on time!) right after I stepped into the Phoenix Concert Theatre. Being an all-ages event, the back half of the venue was barricaded off for those who were drinking, reserving the front half of the venue and best spots near the stage for those sans alcohol. There was already a small crowd just over 50 people in the building when I arrived.

Being a Notes fan myself, I eagerly stepped up near the stage. While the three emcees and one DJ gave a good performance, the mic levels were way too quiet relative to their booming beats. It was quite disappointing not to be able to make out most of their words (except in instances when I already knew the songs well), especially with this group of talented lyricists. Sometimes I feel like "Mixing Live Rapper Vocals 101" should be a course taught to all sound engineers.

The overly accented bass that predominated NTS's set continued on throughout the night as the performance line-up unfolded, with Big K.R.I.T. collaborator and supporter Big Sant appearing second. The microphone issue from the first act seemed to be reversed with Sant (who made a point to let everyone know that his name is pronounced "SUNT"), his booming voice overpowering the beats he rapped over (which, in fact, were full vocal tracks of his songs). Despite being more than loud enough, nor lacking in cockiness and energy, the rapper left much to be desired in terms of vocal clarity, even during his acapella raps where it was evident he was overly cupping the mic in his hand. His lyrics weren't much better, rapping mostly about the clichÃ© topics of fornicating with loose women and getting money, and his love for sipping on soda water.

The third performer to take the stage was Tito Lopez, who quickly proved to be deadly on-point with his double-time flows. In one song, he creatively paid respects to many great emcees that came before him (including Eminem, Biggy Smalls, Wu-Tang, and Ludacris) by opening his verses with renditions of their lyrics and then adding his own into the mix. Lopez was highly entertaining to watch, displaying great energy, showmanship, and stage presence to connect well with the audience. The only thing that would have made his performance better, again, would have been louder levels for his vocals. 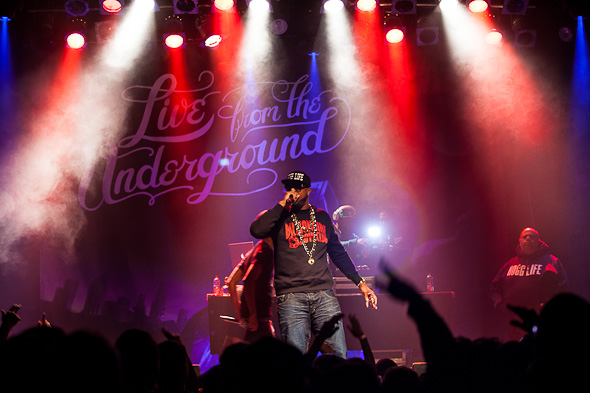 There was a delay between Tito and the next act, Slim Thug, in which the DJ played a solid set but put a lull in the flow of the night's entertainment nonetheless. After being introduced by a scrawny hype-man, the large statured Slim Thug eventually appeared wearing massive gold chains, a shirt that said "Billionaire Boys Club," and a fitted hat with the words "Hogg Life" on it. Best known for his single "Like a Boss" (which was hilariously parodied by Lonely Island), Slim Thug proved to be the embodiment of the overly clichÃ© southern rap star. With a thunderous, abrasive voice and very basic flow structures to his rhymes, he espoused the fact that he ran the streets and, indeed, was the boss. Maybe I just really don't like his style of music, but my favourite parts of his set were his Pimp C tribute and the part where he left the stage.

Soon after, Big K.R.I.T. made a charismatic entrance. The crowd, which now numbered a few hundred, proceeded to get buck-wild as K.R.I.T. began to rap one of his hit singles, the title track from his mixtape "4evaNaDay." 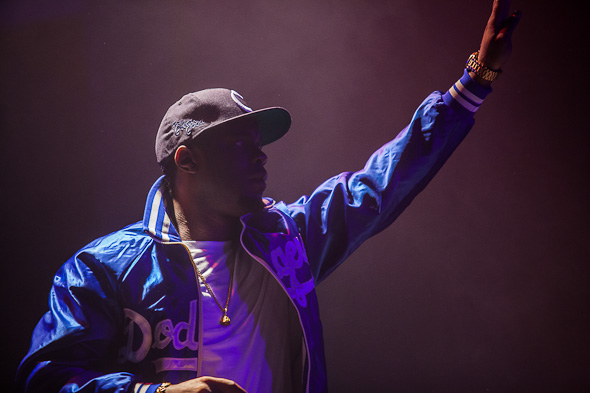 As he breezed through an extensive track-list, highlighting many of his songs recently released and critically acclaimed debut album, Live from the Underground (after which his current tour is named), the Mississippi emcee showcased his technically perfect, at times complex flows with razor-sharp vocal delivery. While some of his songs seemed a bit repetitive, especially when it came to the hooks, Big K.R.I.T. continued to be thoroughly engaging throughout his performance, at times exploding with waves of energy that seemed to come out of nowhere.

While many of the emcee's lyrics were drowned out by the overpowering bass of his tracks, the crowd didn't seem to mind — it was evident that there were many die-hard K.R.I.T. fans in attendance. Halfway through his set, K.R.I.T. left the stage for a breather while his DJ obnoxiously screamed "Yeah!" into his microphone and spun some tunes. When he came back, the emcee devoted much of the remainder of his set to some of his more lyrical and contemplative songs. He's not afraid to sing either, as he did ambiently on "Highs and Lows" and his down-tempo, emotionally charged single, "The Vent." 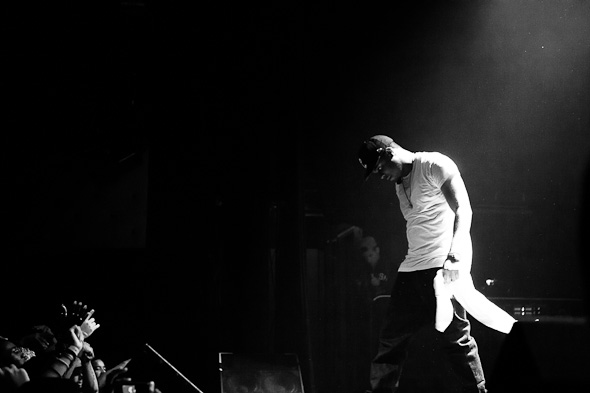 While he can adeptly create high tempo, party-rocking, hip hop music and braggadocio-laden raps with the best of them, what really stood out to me about Big K.R.I.T. were the intelligent, heart-felt lyrics on some of his songs. Combined with intensely passionate performance abilities, charisma, the impressive fact that he produces his own songs, and an uncanny work ethic, K.R.I.T. is definitely an artist who deserves the attention he's been getting lately from the industry and fans alike. Seeing him live has solidified me as a supporter and fan of Big K.R.I.T., and for someone who isn't a fan of much southern hip hop (with the exception of OutKast and some UGK), that's saying a lot. 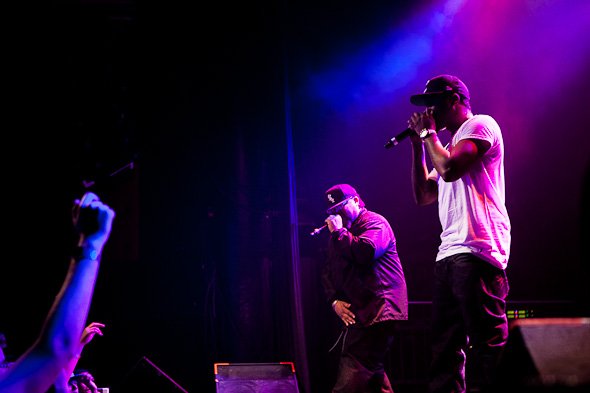 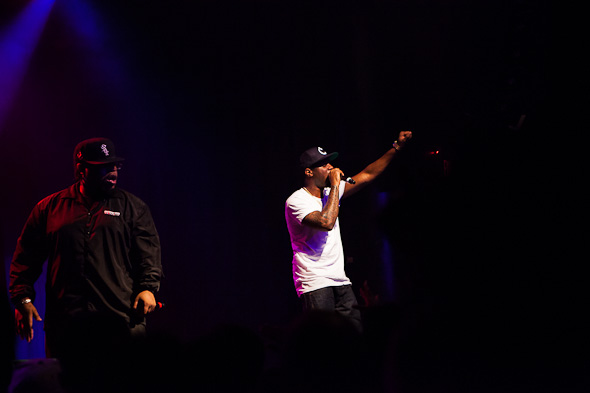 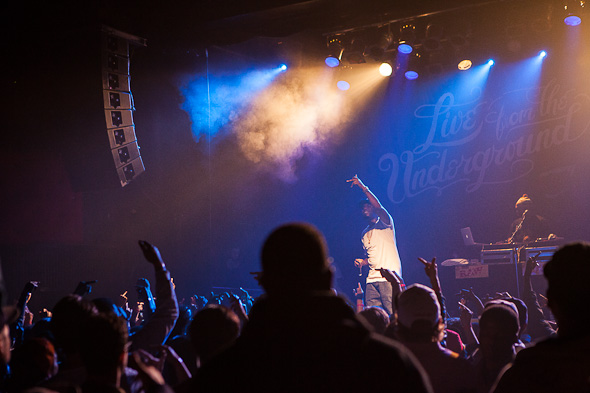