The Tune-Yards tune up the Phoenix

As Tune-Yards mastermind Merrill Garbus took to The Phoenix stage on Wedesnday night, she started off by leading the audience in a Where the Wild Things Are-like moment. She yelled at the the crowd, goading them into unleashing their terrible inner monster by asking them to repeatedly yell "rawr!" It was a weird and cheerful sight, to be sure, but more importantly, the New England native already had the audience firmly in the palm of her hand — a grasp that would only be relinquished at the end of the night. 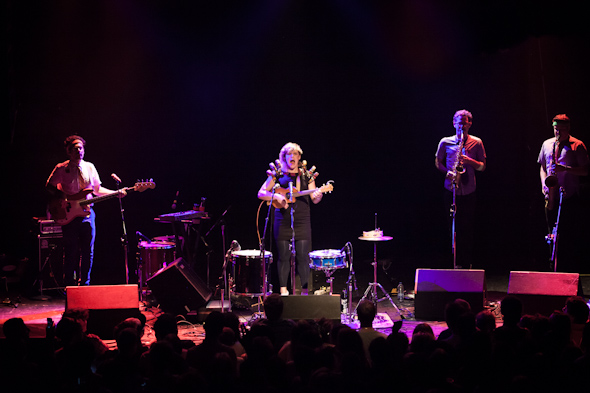 Of course, strange stage antics alone do not make a compelling concert, and while it might not be apparent on a first listen of Whokill, Garbus does a lot with very little. With the aid of loop pedals, Garbus was all at once the band's singer, drummer, and ukulele player. At the beginning of each of the band's songs, Garbus would lay down the song's beat, often adding a repeated vocal phrase, all before taking up her ukulele.

This approach singles out Garbus as a kind of musical auteur, and it was apparent throughout the concert that Garbus wasn't afraid to edit her own songs. On stage, Garbus and Co. treated the songs that make up the Tune-Yards two main releases, Bird-Brains and Whokill as merely a foundation on which to build and experiment with new arrangements. 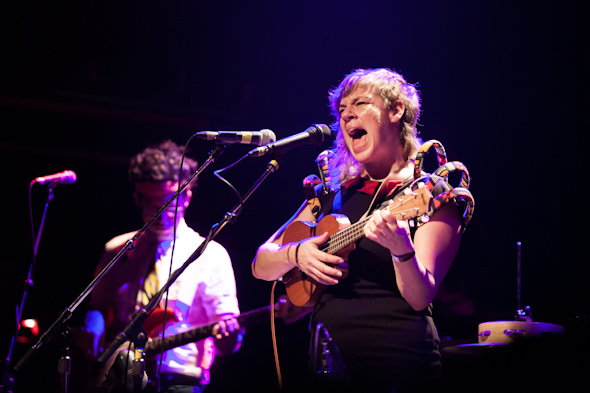 For instance, Whokill standouts "Gangsta" and "Bizness" were reworked extensively. This also meant that older songs from Bird-Brains — in particular, "Real Live Flesh" — were given new life as Garbus took them far from from their lo-fi beginnings.

As for the audience, most seemed to appreciate the band's detours. On the aforementioned "Gangsta," most of the Phoenix crowd was driven into a dancing frenzy, waving of their arms in a long arc to the song's beat and mimicking "Gangsta's" faux-siren effects. Some audience members were more reserved, taking up a slow and languid two-step throughout most of the night, though everyone seemed to enjoy the set in equal measure.

The standout of the night was Whokill's first single, "Bizness." Here, the song was transformed by the re-emergence of the band's two-man saxophone section. In the hands of saxophonists Matt Nelson and Noah Bernstein, the 4:15 minute song was turned into a ten minute epic with the addition of two dissonant sax solos towards the end. 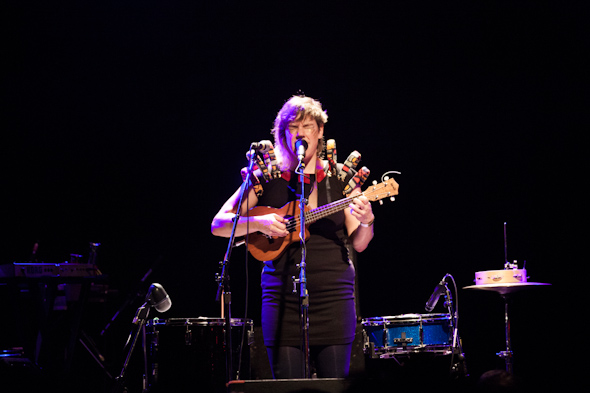 It took a while for the band to get to their hits--and even when they did, they were mutant versions of them--but it was exactly that quality that made the entire concert so engaging.