The Black Keys roar back to Toronto with 'El Camino'

In the early evening Saturday, a brief, sudden storm drenched the crowd at the Molson Amphitheatre. Anyone seated on the lawn was soaked, and lightning lit up the sky.

We couldn't tell if there was thunder, though, as nothing could be heard over the applause as The Black Keys took the stage.

After winning three Grammys for 2010's Brothers, it seems The Black Keys have finally embraced stardom on their 7th and latest record, El Camino. Further and further removed from the scruffy blues-revivalists we first met on 2002's The Big Come-Up, guitarist/vocalist Dan Auerbach and drummer Pat Carney have filled out their arrangements, adding keyboards, backing vocals and multitracked guitars to augment the bare, live-off-the-floor sounds of their first albums. 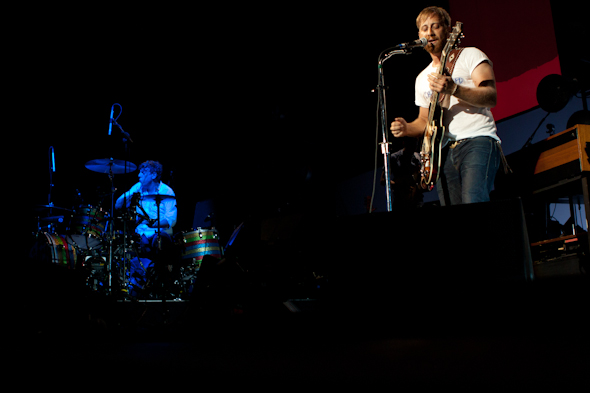 The skin-and-bones two-piece swagger that made the band famous is still there â for half the set, the Keys performed as a duo, old favorites like "Girl Is On My Mind" and "Your Touch" filled the venue with raw, bare rock and roll â but in order to properly tackle newer material, they've added bassist Gus Seyffert and guitarist/keyboardist John Wood as touring support. 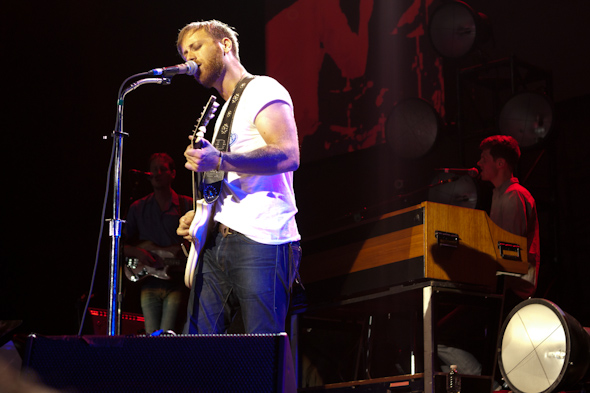 "Little Black Submarines," their latest single, was an obvious highlight. Beginning with Auerbach playing and singing solo on the stage, the rest of the band gradually joined in, subtly building the track to a huge crescendo after the second chorus, featuring some of the most electrifying lead guitar I've heard in a long time.

Even though they're on tour to support their newest album, The Keys did a great job representing their older material, as well. "Strange Times," from 2008's Attack & Release, has always one of the band's most interesting tracks: the furious looseness of the hook(s) sound even rougher juxtaposed with the tight, controlled burn of the chorus. Live, the song was almost punishingly intense, the chorus clipped and driving in a way the studio version never was. During the encore, Carney and Auerbach also jammed on "I Got Mine" from that same album. Similarly, it was ripping and energetic, faster and bloodier than on record. 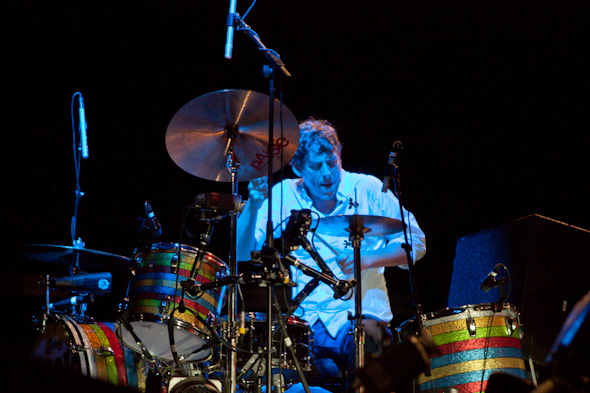 Legendary indie-rockers The Shins opened, going up and launching right into the yearning, anxious "Caring Is Creepy" from their debut LP Oh, Inverted World.

Lead singer and songwriter James Mercer led his band through a masterful set; beautiful, haunting tracks like "Phantom Limb" (from 2007's Wince The Night Away) generated huge responses from the crowd.

With their new record Port Of Morrow getting such great reviews, I wasn't expecting to hear so many older songs, but was heartened to hear new tracks like "Simple Song" get a great reception, as well. The first track from that record, "The Rifle's Spiral," was particularly gorgeous.

For their closer, the stage lights came down and the crowd waited as a sudden downpour began. The arresting first line of "New Slang" rung out, and the audience seemed to sigh as one, drifting along with the song. As Mercer crooned, "Gold teeth and a curse for this town," the rain was falling hard on the lawn, its low noise adding to the song in one of those perfect moments that are nearly impossible to articulate. 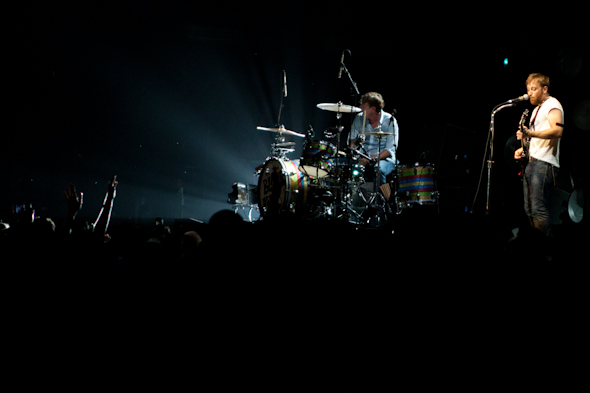 I think it's safe to say both of these groups have nothing left to prove; both critical and commercial darlings, The Shins and The Black Keys played their hearts out, moving the audience amidst the inconsistent weather at the Amphitheatre on Saturday. 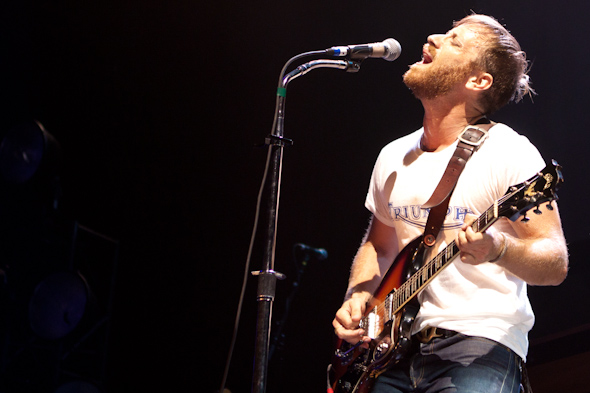 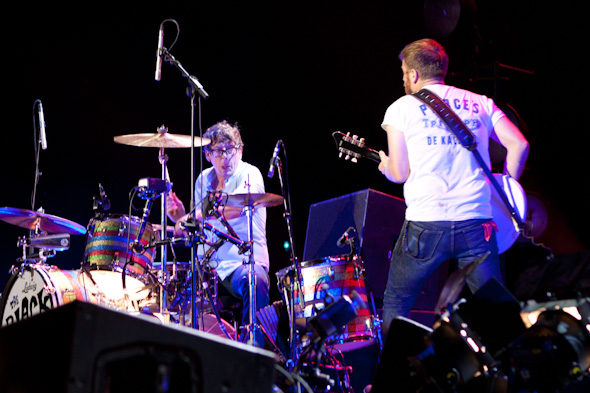 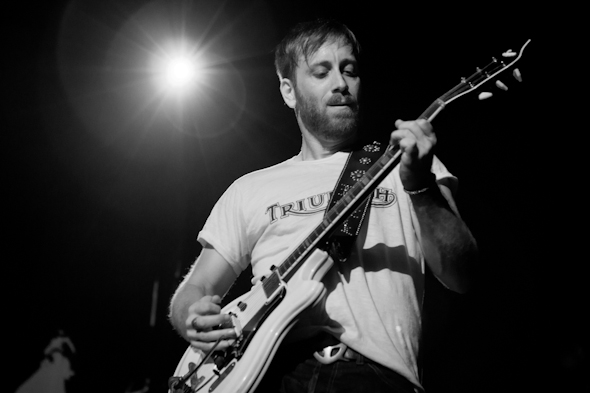 (words by Adam Brady; all photos by Bruce Emberley)