Snoop Dogg has officially reinvented himself as Snoop Lion, performing his first live show with the new moniker last night at The Hoxton. In case you thought it was a joke (like I did), it's not. Some say he has completely rejected his pimpin' past; others say he has found solid ground in a genre that has always influenced his music. Most say it's a media ploy. 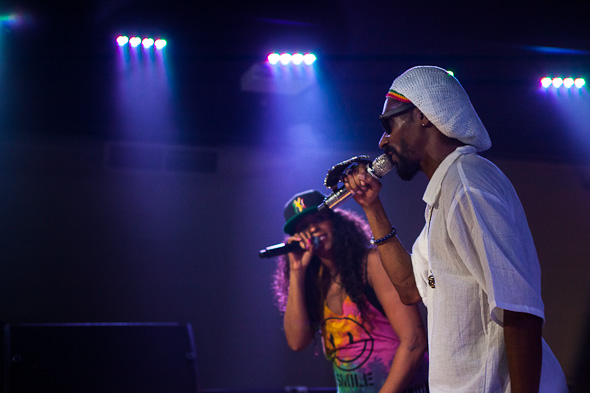 But what does Snoop say? "Anytime the spirit calls you, you have to go. I always said I was Bob Marley reincarnated." 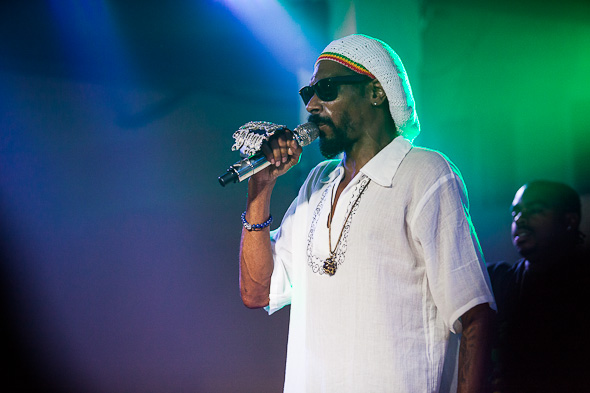 But Snoop, that doesn't make any logical sense. Unless I'm confused about the process of reincarnation, if Bob Marley died in 1981 and Snoop Doggy Dogg was born 10 years earlier in 1971, is there any feasible way one can be reborn prior to dying? I guess if anyone could do it, it would be the Legend himself. 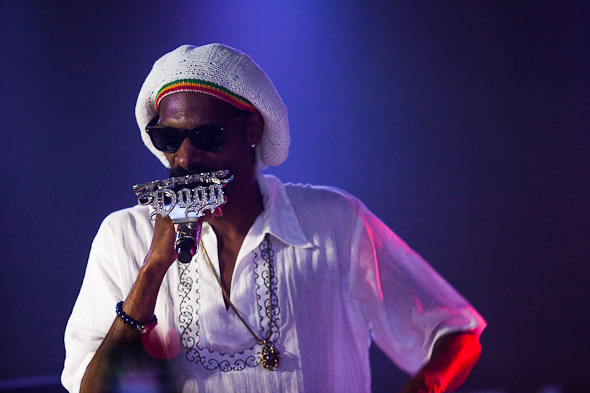 Moving on to the issue at hand: Snoop has gone reggae. To help his fans understand this recent transformation into the Rastafarian movement, Snoop teamed up with producer Diplo (of Major Lazer fame) to put together his latest album Reincarnated. 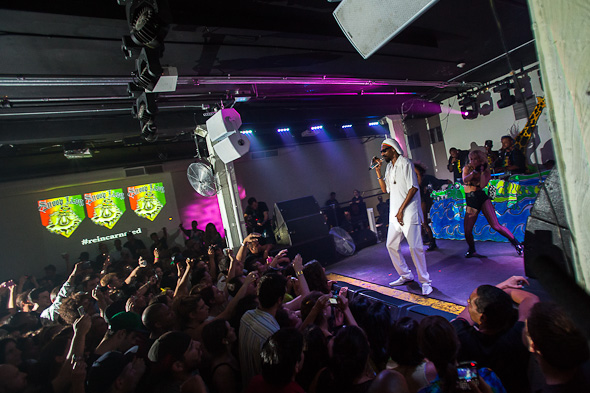 Filled with offbeat rhythm accents, the latest installment to the Snoop Dogg collection has moved away from rap - you won't hear any "izzles." But the famous laid-back attitude he brought to rap shines through in his take on reggae, and even with his transformation, he still sounds like Snoop.

This brings us to last night. Toronto was Snoop's first stop as Snoop Lion, and I had no idea what to expect: rumours circulated he was no longer playing his classic hits. But luckily Snoop Lion and Snoop Dogg seem to get along, musically speaking. He incorporated a few of his new reggae songs like "La, La La" into a set filled with reggae-infused old favourites like "Gin and Juice" and "Who Am I? (What's My Name?)."

After a long hiatus from the music scene, Snoop is back and just as big as ever: his documentary, also titled Reincarnated, is set to premiere at the Toronto International Film Festival, and he also has a photo book in the works which further documents his life-changing trip to Jamaica.

If last night was any indication, Snoop's change in tune is a welcome one. The crowd was wild and chanted Snoop's new name, embracing his reincarnation and jamming along to the Bob-Marley-influenced beats and melodies. The verdict: I think once the haters hear Snoop live, they'll come around to his new alter ego. 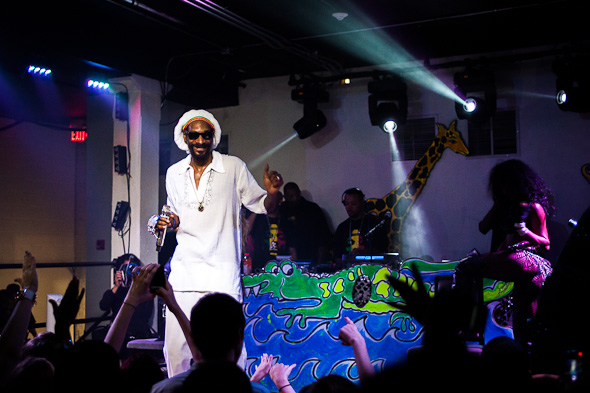