Over an hour into Sigur Rós' set at Echo Beach on Wednesday, front-man Jónsi, who before had only spoken a quiet "thank you" to the sold out audience, said softly, "This is our fourth show on this tour, and our first tour in four years". Cheers from the crowd met his grateful smile as the first notes of "Með Blóðnasir" filled the air.

Iceland's Sigur Rós are, along with Björk and Múm, a fine example of the otherworldly pop power and talent emanating from a country with a population of only a few hundred thousand people. Sigur Rós, who much like the Cocteau Twins, prefer to sing in a dreamscape-scat invented language, last played in Toronto (a city almost ten times the size of Iceland) in 2008. The arrival of their sixth album, Valtari and their ensuing world tour could not have been more welcome. 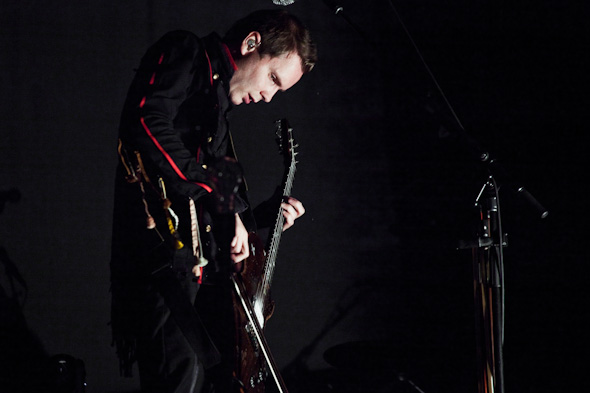 Opener Perfume Genius confessed that touring with Sigur Rós is "a dream come true", which hinted at the magic that was to come later. Before the sun had set, Sigur Rós emerged, flanked by slow-moving projections of the flying ship from Valtari's cover. Jónsi's falsetto rose up as a gentle breeze drifted in from the north, and then the loud talkers behind us didn't speak a word for nearly an hour: I think you could have heard a pin drop.

I have seen more polite audiences in DIY venues and loft spaces, but never in a sandlot of five thousand people. I don't think I was alone in worrying that Sigur Rós's more delicate moments would fall prey to a huge and unruly crowd: not so. Everyone was quite lovely--and maybe attentive to a fault: each time a plane flew overhead from nearby Porter airport, people would turn and glare at it. Come on pals, you can't shame a plane into silence.

Maybe I can't blame people for their emotional reactions; I, too, wanted to hear every note upon layered note. From the strings and glockenspiel, to the horns and Jónsi's trademark bowed guitar, I thought Echo Beach had amazing acoustics, at least compared to what I was dreading--important for a band that relies on both fine details and a massive scope of sound. 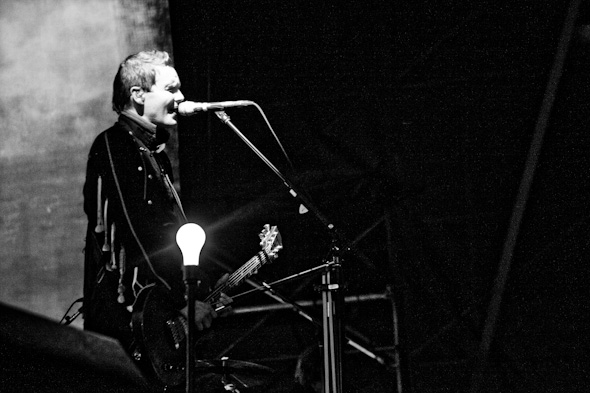 Multi-instrumentalist Kjarri, absent from this tour, was replaced on oboe and keys by Ólafur Björn Ólafsson, and on guitar by bass player Goggi Hólm's brother Kjartan Dagur Hólm. The fringe-adorned band and their back-up players drifted seamlessly between instruments and roles during the almost two-hour performance. Around 10 p.m., any song could have reasonably been expected to be their last, but instead the players continued to gain momentum song by song as the set neared the 90 minute mark and crossed over into the encore. 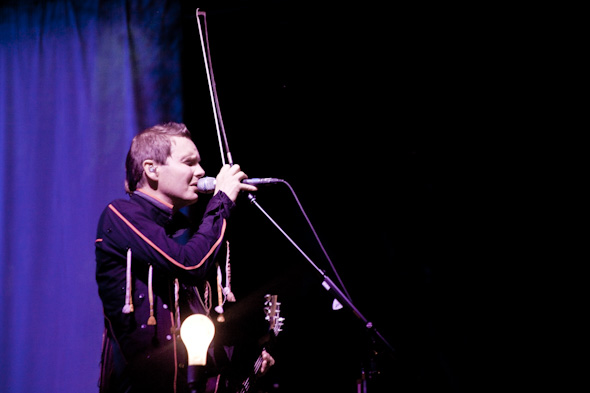 Though Valtari has received praise since its release, Sigur Rós is now a band whose older songs bring the loudest cheers. They don't seem to mind, and played selections from early albums Ágætis byrjun and ( ) as eagerly as their new material. "Svefn-g-englar" and "untitled #8" (aka "Popplagið") were wonderful to hear, though I'm a sucker for the sweet stuff, and "Olsen Olsen" marked my favourite moment of the show. Full disclosure: I was a band nerd and I knew that little flute melody by heart, and watching it played live by Sigur Rós's own flautist felt pretty special.

I don't do huge concerts and events. I hate crowds, plaid shorts, weed, strange odors, heat, tall people, loud talkers, and camera phones. I hate being shoved, jabbed, and spilt on. Yet Jónsi's tender voice cutting through the night on the beach as Sigur Rós' textural rock compositions swelled and twinkled was one thousand times worth it. 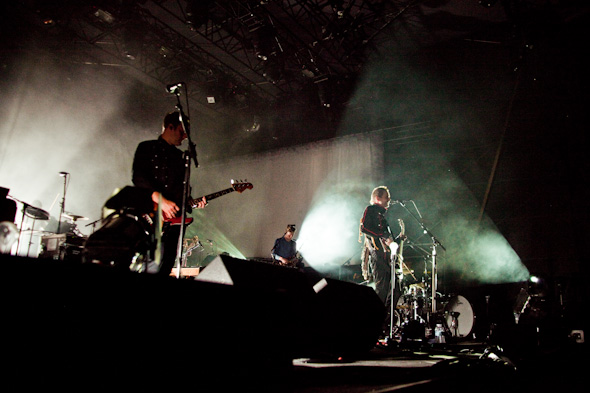