Kelly Clarkson and The Fray go big at the Molson Amphitheatre

Kelly Clarkson and The Fray made their one and only Canadian stop on their 2012 Summer Tour last night at the Molson Canadian Amphitheatre: co-headlining the concert, the artists played a double bill's worth of hit songs, which left the audience happily satisfied. 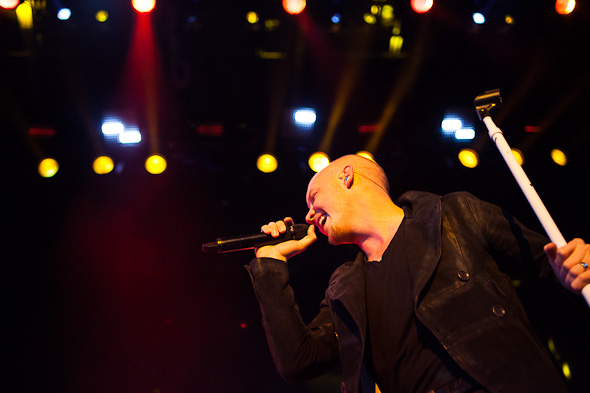 First up was The Fray. Promoting their third studio album, Scars & Stories, the Colorado-based band humbly took to the stage with a set of old favourites peppered with their latest songs. Although some say The Fray's music risks mid-tempo and mid-volume mediocrity, when taken out from behind the scenes of shows like One Tree Hill and Grey's Anatomy, they pack an instrumental and lyrical punch during their live performances. 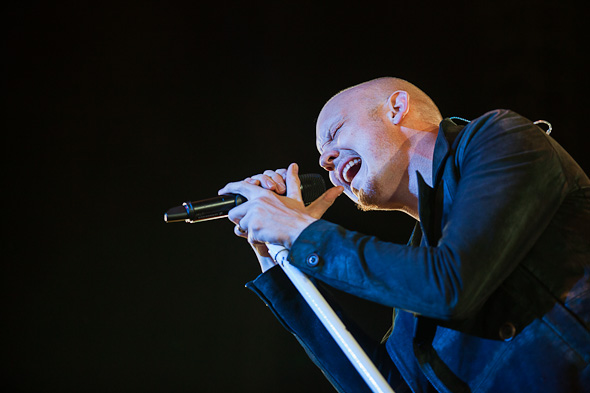 Lead singer Isaac Slade's melodic voice carried the set through lyrics both melancholy and uplifting. During "Happiness," he made his way off of the stage and joined the crowd in the 300-level section where a piano sat waiting.

After a solo rendition of "Be Still", Slade made his way back to the stage and finished the set off with back-to-back hits "How to Save a Life" and "Over My Head (Cable Car)", once again running through the audience, further ramping them up for Kelly Clarkson. 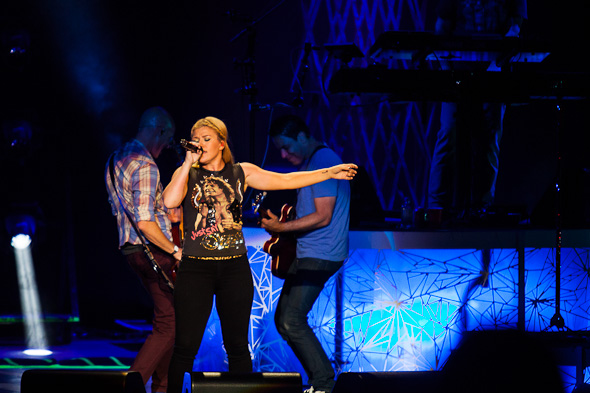 It's been a few years since American Idol alum Kelly Clarkson performed on a Toronto stage, and her arrival was much anticipated by the thousands of fans who attended last night's show, during which she promoted her newest studio album Stronger. Dubbed by Esquire as "the best voice in the history of pop music," Clarkson relies on her vocal talent and big-hearted lyrics to maintain relevancy in the modern pop game.

After performing her latest single "Dark Side," she covered fun.'s "We Are Young", which showcased both her range and bear-perfect pitch. 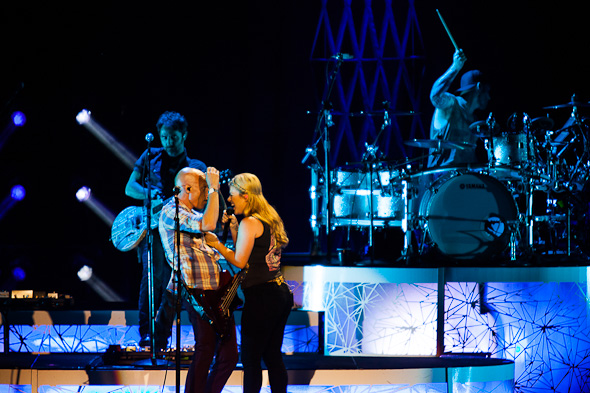 Like her co-headliner Isaac Slade, Clarkson took to the crowd with backup singers in tow. The fans who bought lawn tickets definitely got their money's worth and more as Clarkson stood within feet of them as she serenaded them with Already Gone.

Slade joined Clarkson on the stage and they performed Don't You Wanna Stay together, after which Clarkson took an audience request and covered Michael BublĂŠ's Home. The encore brought even more crowd elation, with Clarkson playing more of her dance-inducing hits like Miss Independent and Mr. Know It All.

All in all, the big names made good on their reputations. 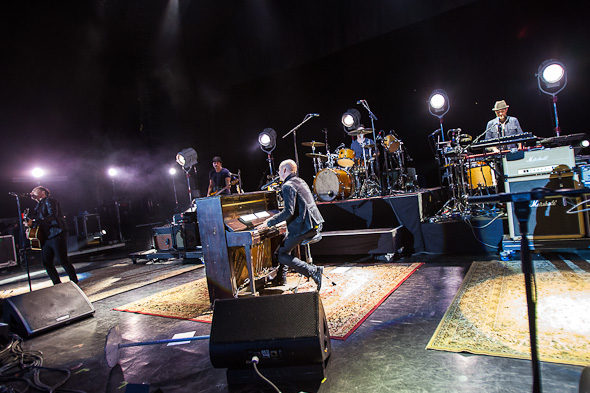 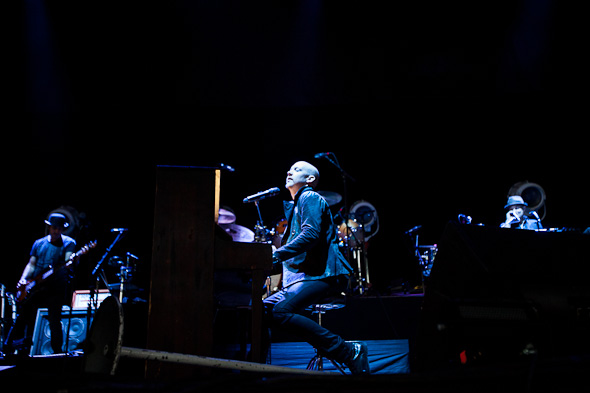 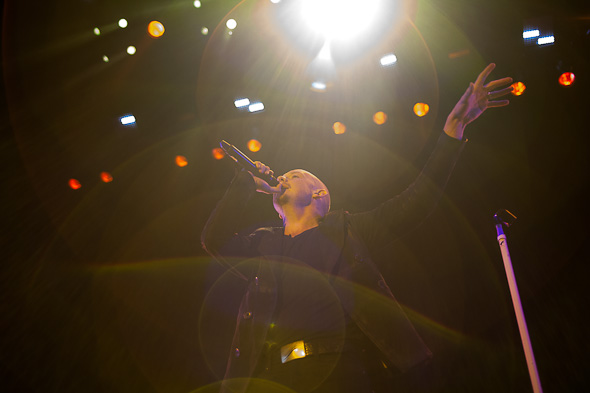 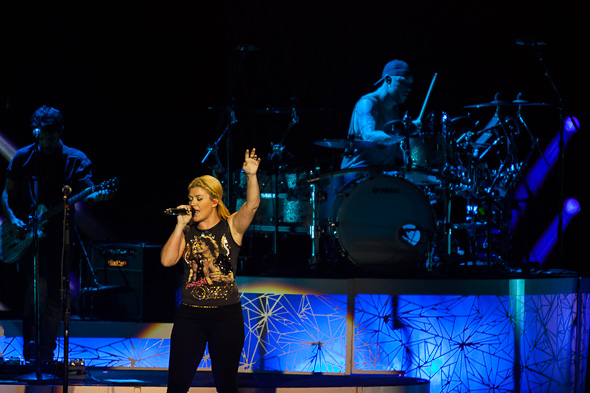 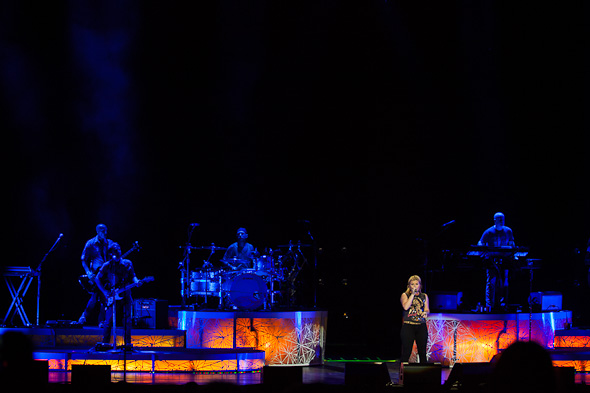