Covenant show off their survival skills at The Mod Club

Covenant's return to The Mod Club for the second time in just over two years gave Toronto's largely goth-industrial set a dark and danceable night of electro-pop music. 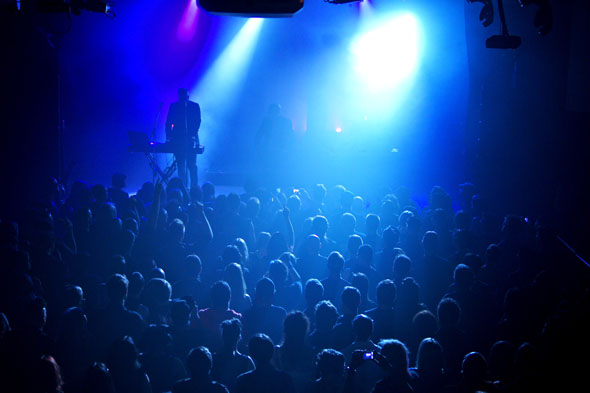 Starting off their set with a growling, pulsating beat somewhat akin to Doctor Who's TARDIS sound built up the anticipation -- but it went on for a frustratingly long time. 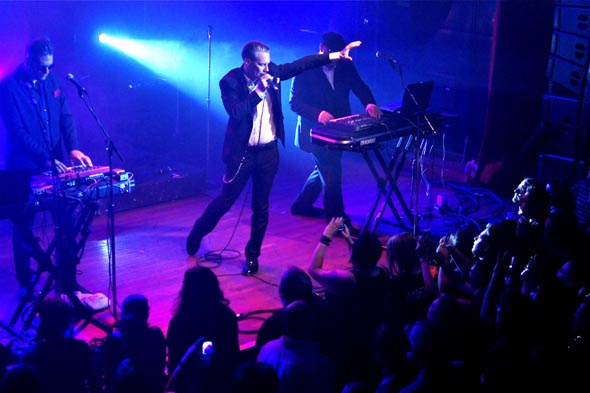 When the trio finally took to the stage, shortly before 11:30 p.m. on Thursday night, the place lit up and the crowd came to life. 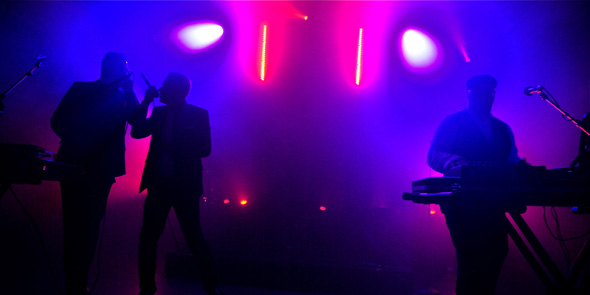 A preponderance of pulsating lights, heavy on the strobe, made for an apt backdrop as the silhouetted singer, Eskil Simonsson, strode about the stage in a dark suit and white shirt. 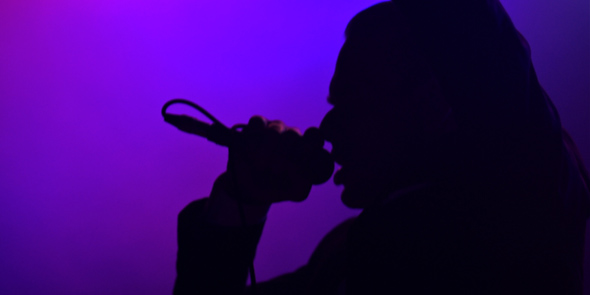 A couple songs in, Simonsson introduced a new tune, "This is a song about Survival" and it occurred to me that this band has survived now for over 25 years after starting out as one of the pioneers of the synthpop/EBM genres. 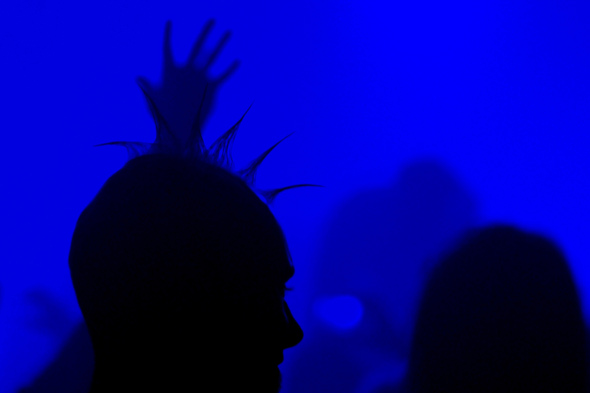 "As much as I love singing with you," Simonsson said, "I love making noise with you even more." Cue Ritual Noise, a crowd favourite from 2006's Skyshaper album.

Another song that got a lot of fans dancing was "Like Tears in Rain:"

I found it amusing when he introduced his two bandmates. He turned to his right and said, "This is Daniel (Jonasson). He's from Sweden, just like me." And then turned to his left. "This one's called Daniel (Myer). He's from Germany." 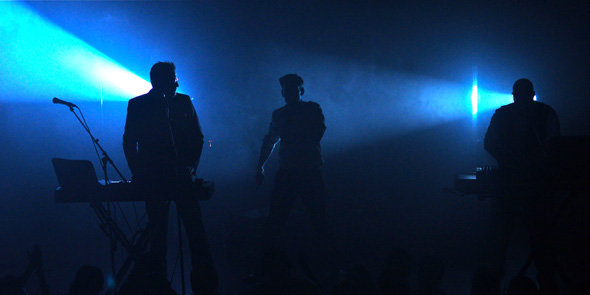 I was somewhat disappointed that Covenant didn't play Dead Stars, a club favourite. But their newer material went down reasonably well and I'm sure I'll have new favourites of theirs soon. 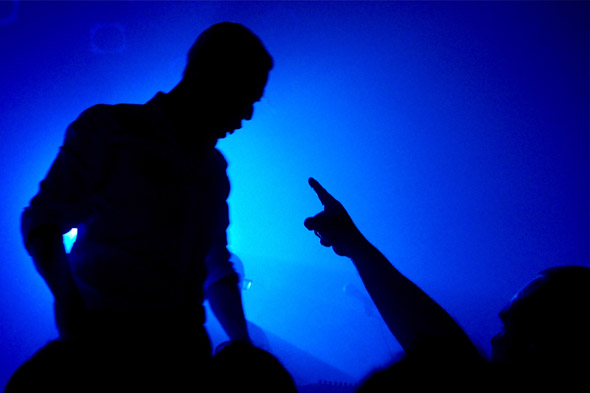 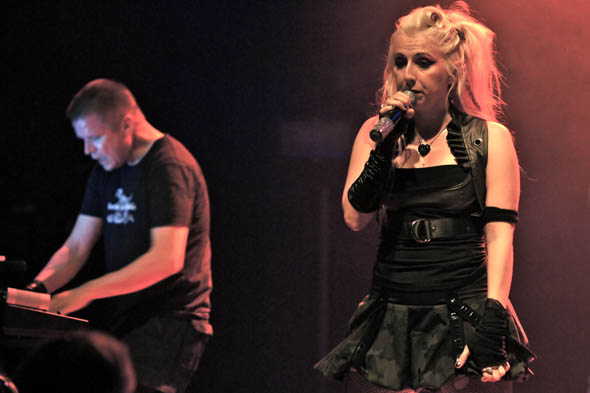 Opening up the night was Toronto-based Ayria and The Break Up from Seattle, who were both rather interesting to watch and got a few people in the crowd dancing early on in the night. 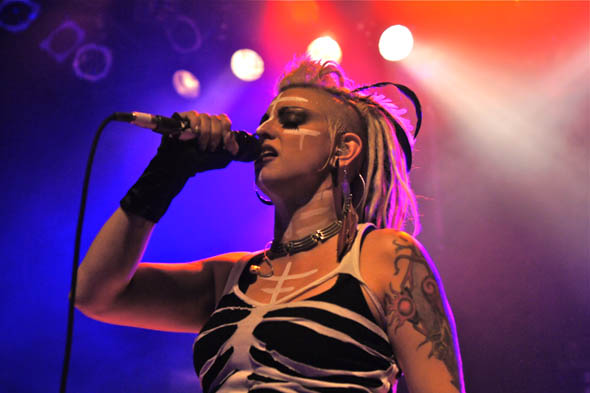