5 bands to catch at the 2012 SummerWorks Festival

The heat of mid-August heralds the arrival of another edition of the SummerWorks festival, which ought to come as no surprise to most Torontonians. Now in its 22nd year, the festival has made a name for itself in bringing independent theatre to the forefront of Toronto culture.

The festival focuses on community-minded theatre organizations and multidisciplinary creative partnerships, and for the last few years has been expanding its scope to include a healthy amount of Canadian musical acts â this year's lineup sees its strongest programming yet. From folk to tropicalia to new-age disco, there's something to be had for every listener, and considering the unique collaborative nature of many of these performances, they're really not to be missed. Here are five bands worth checking out at this year's fest.

All shows are 19+ and, unless otherwise noted, take place at the Theatre Centre at Lower Ossington Theatre (1087 Queen Street West). 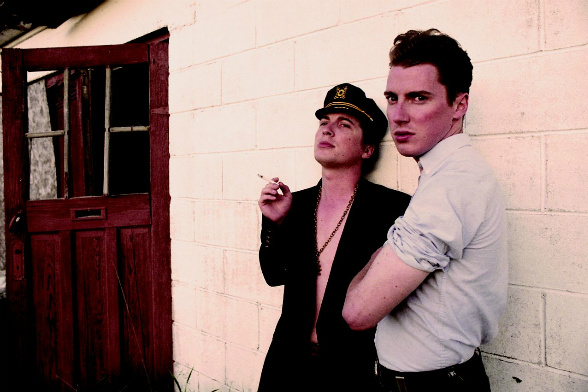 The Magic (w/ Jordan Tannahill) and Ark Analog
Pairing breezy '80s synth-pop with bass-heavy disco grooves is Guelph's latest talk of the town, the Magic. Comprised of brothers Geordie and Evan Gordon, the band is currently promoting their debut full-length, Ragged Gold. Chock full of infectious hits-to-be, Ragged Gold is the type of record that was tailor-made for a crowd to groove to.

Coming off of some recent high profile Toronto shows, including a night at Amsterdam Brewery's Open Roof Festival as well as a local date opening for Hot Chip, the band are clearly beginning to make their mark. In their description of the show, the SummerWorks site coyly invites you "to join the studio for a live taping of the Chuck Sugarman's Midnight Special," but whether we'll be catching a cameo of the elusive Wolfman Jack remains to be seen. Should be a great show regardless, though.

Hawksley Workman: The God That Comes
Here's a show you won't have a chance to see elsewhere anytime soon. For a one-night-only engagement, director Christian Barry and much-feted singer-songwriter Ryan Corrigan, better known by the nom de plume Hawksley Workman, will bring their original one-man production, "The God that Comes," to the Lower Ossington.

The story is a take on the legend of Greco-Roman god Bacchus (also known as Dionysus, the god of wine and celebration), and looks to be a unique merger of musical and performance art. The "cabaret-rock-&-roll hybrid" debuted earlier this year at the Uno Festival in Victoria, where it received rave reviews, even though it's touted as a "work in progress." Just don't go in expecting to hear "We Will Still Need a Song."

Buck 65 (w/ Ame Henderson + guests)
Having spent over two decades making some of the most eclectic hip-hop out there, it's no surprise that Buck 65, a.k.a. Richard Terfry, is making the most of being in cahoots with SummerWorks. Here, he'll be joined by contemporary dance artist Ame Henderson for a night the festival has billed as "unlike any show Buck 65 has ever done or will ever do again."

This may seem like a tall order, especially for a performer who constantly revisits and reinvents his material, but with a long list of special guests for the night, including Toronto "community jukebox" Choir! Choir! Choir!, it wouldn't surprise me if Terfry and Henderson pull off the big claim. 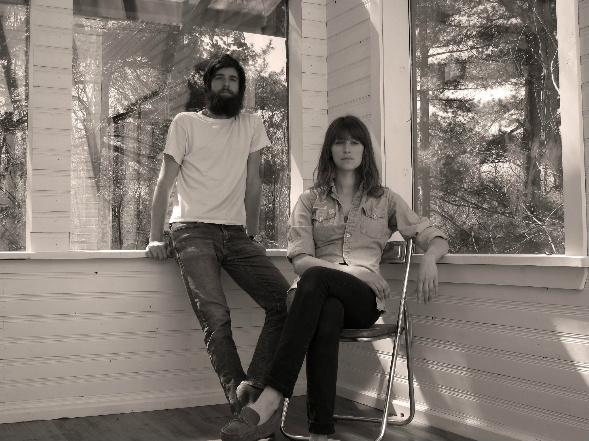 Evening Hymns (w/ Sean Frey) and Fiver
Jonas Bonnetta, who goes by the moniker Evening Hymns, has had a tumultuous few years since the release of his debut LP, Spirit Guides. Following his father's passing three years ago, Bonnetta and a cast of rotating musicians took to Perth, ON, to record a new set of songs that dealt explicitly with the loss and recovery process associated with losing a loved one.

The result was Spectral Dusk, an album that retains Bonnetta's folk milieu while bolstering the material with considerably heavier emotional resonance. This is the band's record release show, and to mark the occasion, projection artist Sean Frey will join them during their set for a unique, one-off collaboration. If that isn't enough, Fiver, the new project from Simone Schmidt (of local alt-country greats $100), will be kicking the night off. 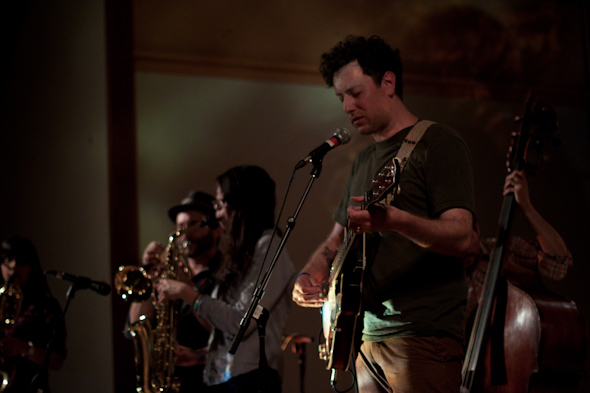 This one's a no-brainer. Even though there's no multimedia component to this show (or at least nothing announced at this point), Bry Webb's Provider is one of the strongest releases of the year so far, Canadian or otherwise. The hushed, stark beauty of Webb's solo material translates remarkably live, and the former Constantines frontman's rafter-reaching voice is as bracing as ever. Doug Paisley opens, a formidable songwriter in his own right, so getting there early should be a priority.