Under the influence with Wiz Khalifa and Mac Miller

Sunday's Molson Amphitheatre crowd was treated to a whopper of a bill, thanks to the Under the Influence tour. It brought together Wiz Khalifa of Taylor Gang fame, along with Mac Miller, Chiddy Bang, Kendrick Lamar, and Chevy Woods. 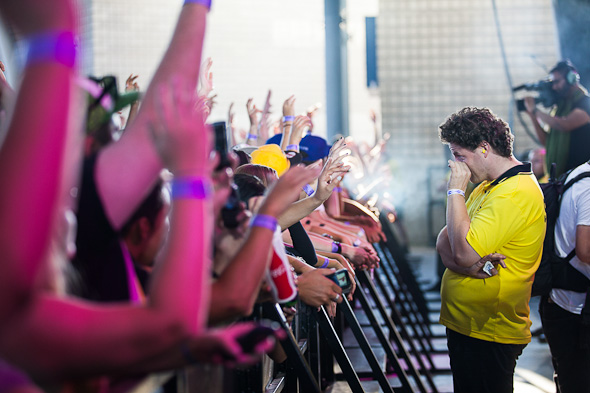 People were high on hot sunshine and bass-heavy beats, and the thick smell of herb was in the air. After all, the tour is called Under the Influence and 90% of the small talk between songs was weed related. If the strict no narcotics restriction had really been enforced, it would have become an all-talk-no-action situation. 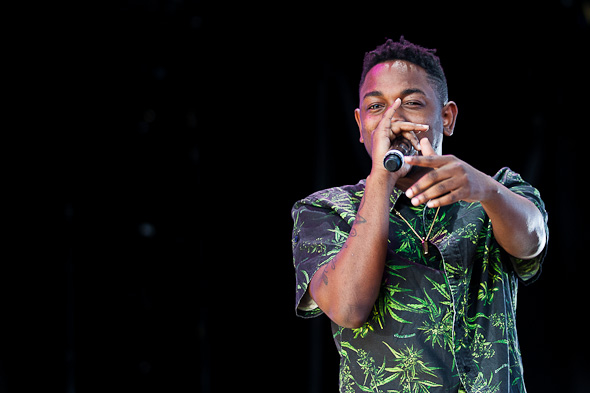 Talk about a bore. In fact, although the majority of people were exhaling thick billows of the sweet and skunky smoke, security only laid down the law when they caught a kid smoking a cigarette. 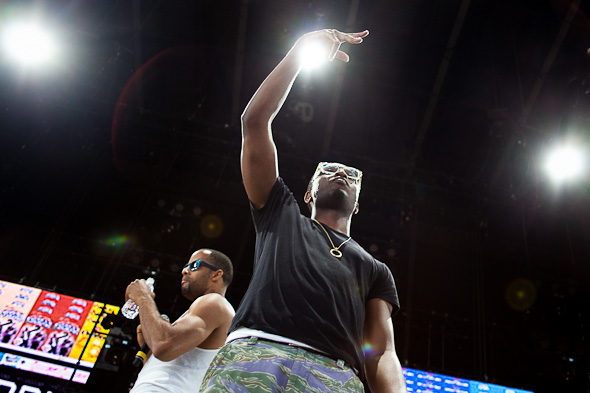 Although headliners Wiz Khalifa and Mac Miller held their own with a roster of hits, I was most excited for, and particularly impressed with, Chiddy Bang's short set of songs that turned me into a wannabe hip-hop dancer. It's too bad I have no talent in the booty pop department. I personally specialize in the "full-body dry-heave set to music."

Chiddy Bang's "Breakfast" makes me feel like a gangsta while I eat my Frosted Flakes in the morning, and their freestyle to Flux Pavilion's "I Can't Stop" is just badass and currently playing on repeat, much to my neighbour's delight (I hope). 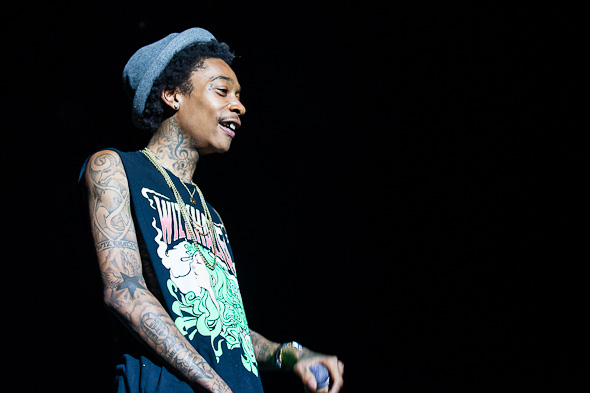 Wiz Khalifa is the skinniest man I've ever seen, beating out even my friend, Toronto comedian Daniel Woodrow - sorry, Daniel. But his powerful voice and catchy rhymes make him larger than life. The crowd of thousands went wild when he played "Black and Yellow" - almost as wild as when he took his shirt off and teased with the promise of exposing his junk.

The night ended in fine form with the entire Under the Influence lineup joining Wiz on the stage and performing O.N.F.C. (an acronym for Only Niggas in First Class, naturally). 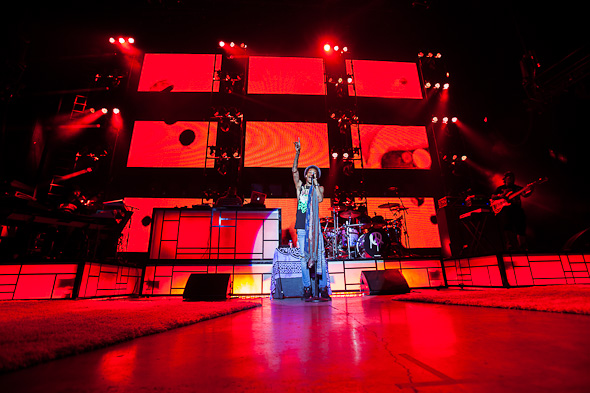 For more from Melody Brown, check out her twitter page. Photos by Brian Morton.