A fixture in the Toronto scene, The Beauties are a band that can draw a crowd anywhere. Sure enough, shortly after they took the stage Friday night, an eager audience was clustered around the bandshell at Yonge-Dundas Square, dancing up a storm. The band was booked at YDS as part of the Indie Fridays free concert series; featuring a great lineup of up-and-coming acts like Paper Lions and The Sunparlour Players, it's been running weekly since June 29. 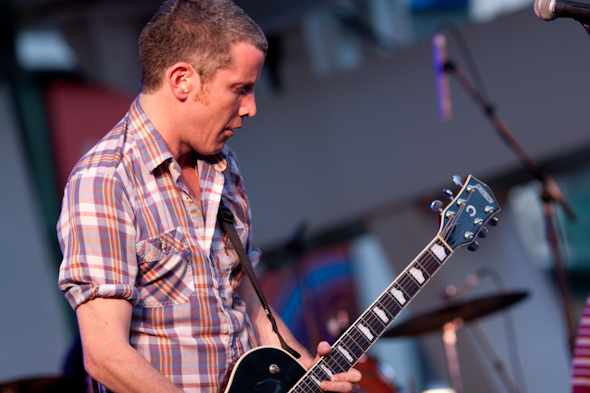 For six years now, The Beauties have provided one of the best experiences available for anyone who's a fan of live music in Toronto. They're a country band able to tackle even the barest heart-on-your-sleeve lyric without ever sounding maudlin or trite, and their energy onstage â along with their impeccable harmonies â make them a must-see act for me whenever possible. 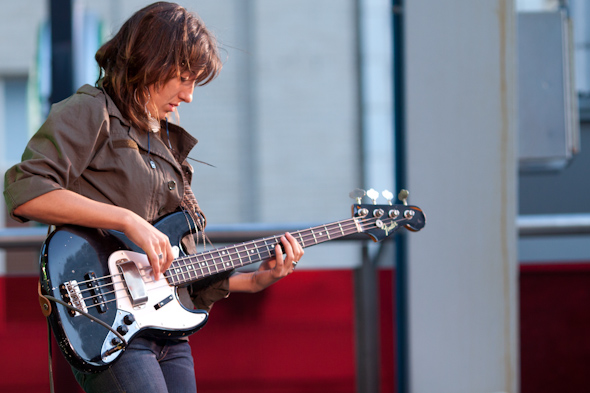 As comfortable on the tiny stage downstairs at the Dakota Tavern as they are performing in front of thousands at summer music festivals, they're an in-demand backing band, too. If you're a fan of artists like Serena Ryder, then you've already heard The Beauties.

The band took the stage at 8pm sharp, and opened with 'Without You,' from their 2010 self-titled debut album. From there, the set ranged from Beauties standards like "Fashion Blues" and "You And Me" to a few covers, like the classic "White Freight Liner" by country legend Townes Van Zandt and "Rock 'n' Roll" by Lou Reed. Vocal duties were mostly split between Darin McConnell and Shawn Creamer, but drummer Derek Downham took the lead for "Playing With Fire." 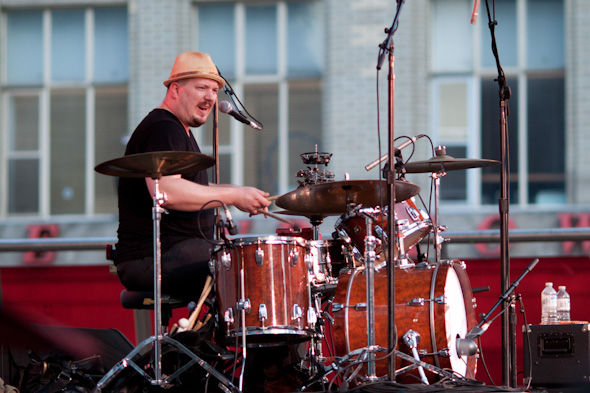 The set flew by; the band got on at 8 and ended two hours later with "Devil Do," an explosive singalong built around the line, "There ain't nobody gonna love me like the devil do." Imagine a crowd of fans, families and various other people wandering around Yonge-Dundas Square singing along with that, and you start to get the picture of the kind of engagement this band inspires. 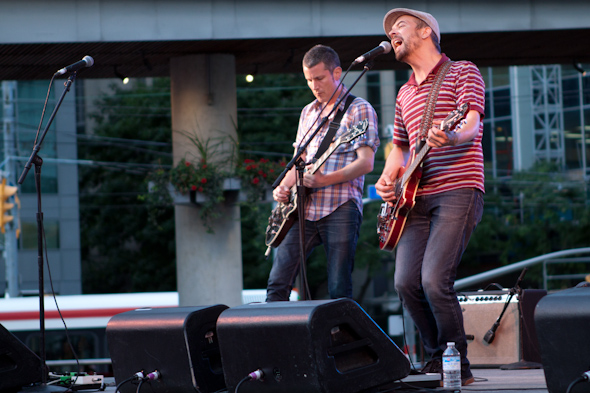 The Beauties are rounding out the rest of the summer out west, playing the Calgary Folk Festival on July 27th-28th, then Six Shooter Records' Interstellar Rodeo on July 29th and the Regina Folk Festival on August 12th. No word yet on when they'll be back for another residency at the Dakota, but you can basically count on them showing up at the popular Dundas & Ossington watering hole soon. 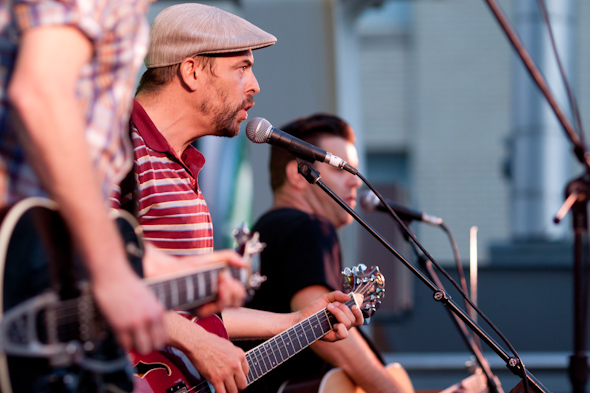