Last night, I stood next to a tall, stocky security guard at Echo Beach who looked more like a sentry at Buckingham Palace with his stiff stature and stern forward glance. Personable he was not. Luckily, the crowd surrounding me had that covered. As Sam Roberts Band took to the stage at Echo Beach, one group of gentlemen asked me to join their dance routine that consisted of bouncing around in a rugby scrum formation. 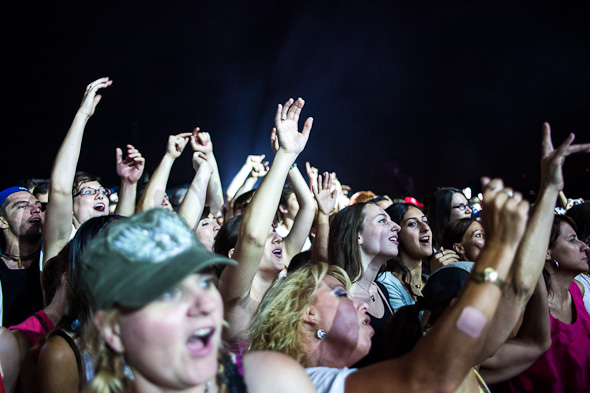 Between Sam Roberts Band's live hits, the smell of barbecued meats, the wet sand beach, and the rowdy boy behaviour, the overall atmosphere of the concert felt like a college backyard beach party - in other words, a success. There were even strings of twinkling lights crossing over the stage. 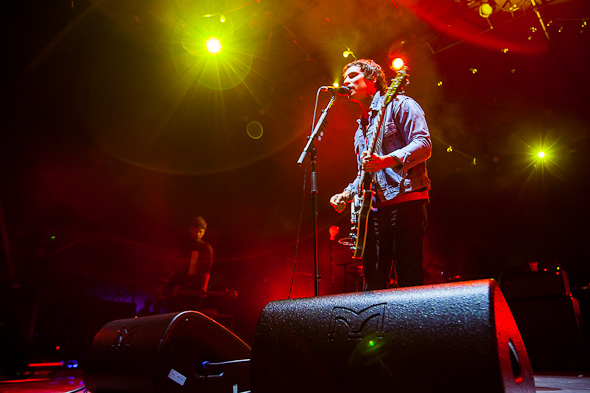 And by the third or fourth song, I looked over at my security guard neighbour who had completely transformed into a hip-swaying backup singer for the band, his hands clapping along to the beat.

Sam Roberts has exceptional stage presence. He grooves to his own music and sings each song as if for the first time, adding new depth to old favourites. His set list consisted of a balanced mix of songs from all five studio albums. In fact, it played out much like a greatest hits collection. From "I Feel You" to "Brother Down," the fan favourites were covered.

Echo Beach is quickly becoming one of my favourite summer concert venues. The pre-show beach volleyball, the VIP deck for all the cool kids (*cough* not me), and the lights reflecting off of the lake offer an ideal summer vibe and the venue complemented Sam Roberts Band's easy-going rock and roll. 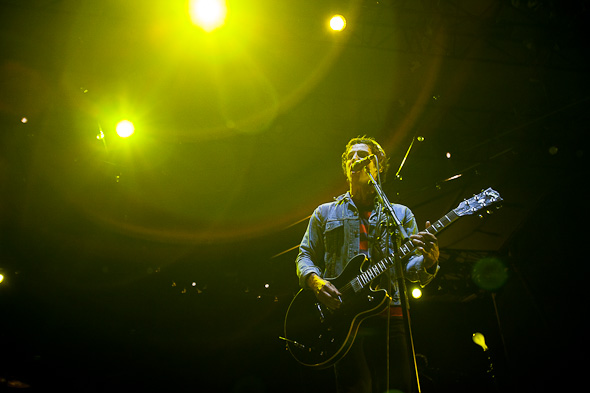 I Feel You
Fixed to Ruin
Detroit '67
Where Have All The Good People Gone?
Let It In
Lions of the Kalahan
Bridge to Nowhere
Streets of Heaven (Promises, Promises)
Hard Road
Up Sister
The Last Crusade
Without a Map
Brother Down
Them Kids
Unknown
Don't Walk Away Eileen