On Wednesday night, Fiona Apple made her first stop in Toronto at the Sound Academy in support of her recent album, The Idler Wheel... — it was also the first time the singer has visited the city in a very long time. As such, Apple was quick to make up for lost time by digging deep into her back catalogue, and performing almost all of her best-known songs. For long-time fans, the concert must have been bliss (with the exception, perhaps, of the venue). 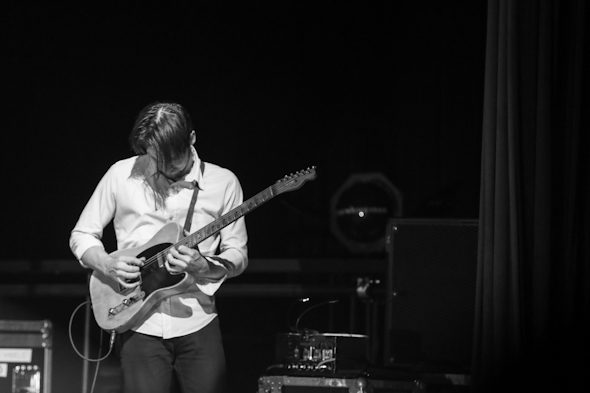 Unfortunately, this also meant that only four of the 17 songs Apple and company played were from her most recent release, which is a shame since The Idler Wheel... not only ranks among Apple's finest albums, but is also one of the better record releases of the year so far. Still, most of the audience didn't seem to mind as each successive song Apple embarked upon was greeted with deafening applause, and her work with The Idler Wheel... did manage to work itself into the concert in other, more subtle ways.

On The Idler Wheel..., Apple twists and contorts her contralto voice, and on the instrumental side of things, she experiments with syncopated rhythms and discordant melodies. Throughout her set, it was easy to see how Apple's approach to songs like "Every Single Night" and "Anything We Want" translated into a reworking of her older material. On "Shadowboxer," for instance, the songstress transformed her voice into a hideous pantomime of its former self, and several songs were reworked by the band, which included one of the most badass silver-maned bass players I've ever seen in my life. 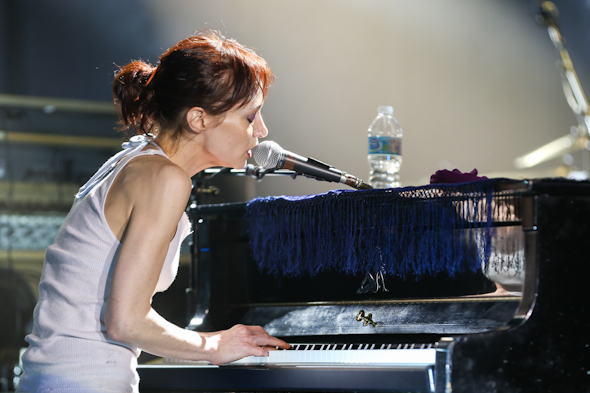 On "Not About Love," several girls around me broke down into tears. If Apple's performance was cathartic for the audience, I can't imagine what the effect was on the singer herself. Despite her slight, almost emaciated frame, she bore the burden of her songs stoically. Whenever she would collapse to the floor of the stage — as she did often throughout her set — she would then erupt energetically and belt out the next lyric.

It wasn't pretty, and I mean that in the most traditional sense of the word, but it was definitely compelling. Now, if only Apple would grace us with her charming and eccentric presence more often.