Jack Black and Kyle Gass, the dynamic duo who make up the self-proclaimed Greatest Band in the World, Tenacious D, brought their stage antics and mock rock to Echo Beach last night with a mix of classic hits and new tunes from their latest album Rize of the Fenix. 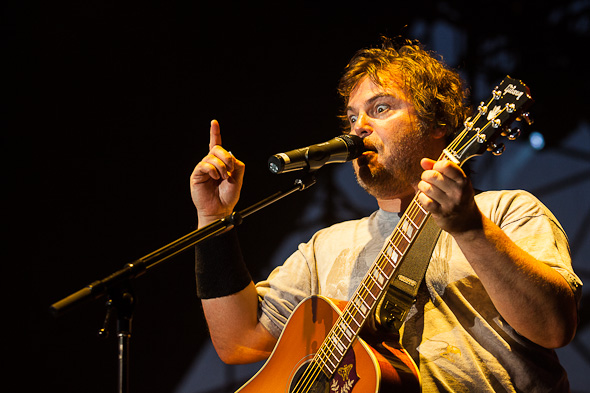 The crowd had a totally different vibe than the LMFAO fans who barraged the neighbouring Molson Canadian Amphitheatre the night before: sunglasses actually contained lenses and ripped neon leotards were replaced by leather, fur and cowboy hats. 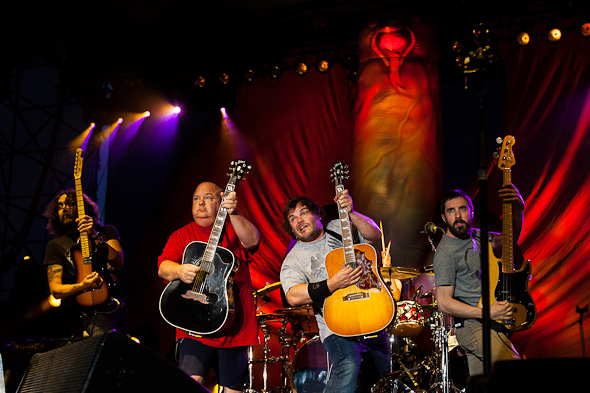 There were also a disproportionate number of guys donning longer, more luscious hair than most of the girls in the audience. Beach balls were replaced by inflated condoms (not ribbed for her pleasure, if it means anything), although they were far too small to fit the giant bird-face-tipped inflatable cock that was used as the backdrop. 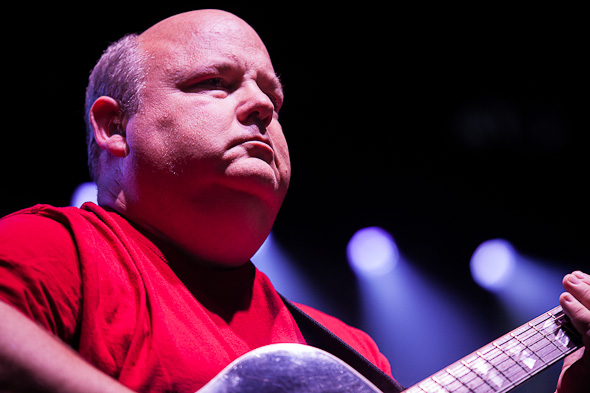 Jack Black and Kyle Gass have an unrivalled chemistry onstage, which made for a night full of bromance and epic storytelling. Jack's theatricality provides the perfect juxtaposition to Kyle's straight-faced musicality and it was easy to get caught up in their endearing performance.

The set was well-scripted: Jack and Kyle praised their roadies Derrick and Sean before singing "Roadie," then Kyle quit the band and darted off the stage before Jack sang "Kyle Quit the Band." Their friendship was quickly rekindled with a heart-warming rendition of "Friendship."

After playing a set of hits like "Wonderboy," "The Metal," and, of course, "Tribute," Jack declared, with a very positive response from the crowd, "I don't think you can deny that we rocked you extremely hard this evening." 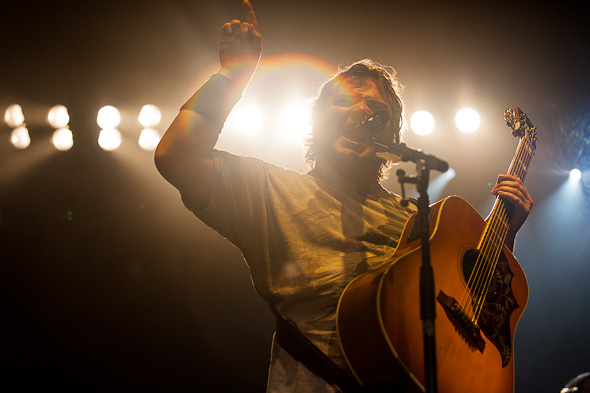 As the band played their final number, the inflatable phoenix-faced penis pointed its tip at the crowd and shot out bursts of white confetti. I guess the fans weren't the only ones who were rocked extremely hard. 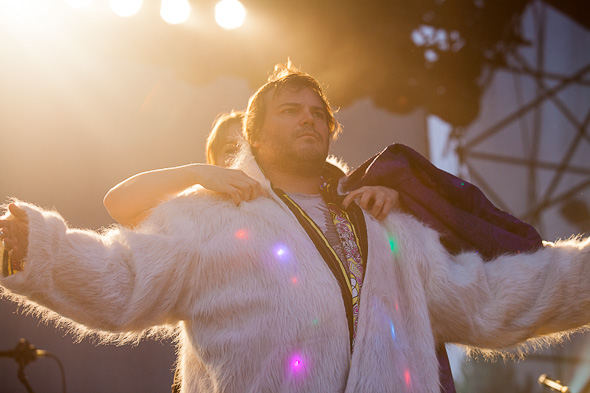