Dog Day plays into the wee hours at Parts and Labour

It had been a long night: I had biked to Withrow Park to play baseball for 7pm, biked back downtown for dinner, and then to Parts and Labour where Dog Day didn't start their set until just after 1am. Despite the exhaustion, it was well worth the wait--I'd been hoping to catch them live for years and my expectations were met, if not exceeded.

They exploded into the first song "Daydream" (and Deformer album opener) and my exhausted body got chills. 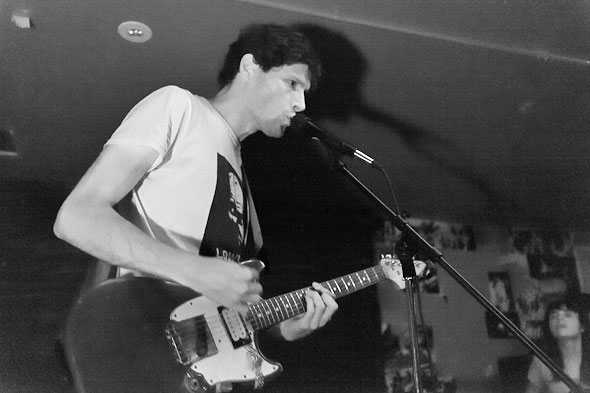 Down from a four-piece to a two-piece, this husband-and-wife duo from Halifax plays stripped down indie rock. Drummer Nancy Urich learned to play drums only after their other two band-mates parted ways and you wouldn't guess that if you caught them live. She and husband Seth Smith took turns on drums and guitar and contributed equally to vocals. For the first four songs or so, Urich's (why do we call musicians by their last names like hockey players?) vocals were much too quiet but all was remedied in time for "Somebody."

By this point, I was already (day)dreaming up a new life for myself in Halifax. With another band I can't shut up about, Cousins, also hailing from the city, a good friend having just moved there and my Mom currently visiting, I'm seeing myself as a new member of Dog Day (perhaps as a tour cook?). I'm happily adopted by Nancy and Seth: we have lots of inside jokes, a dog named "Bear" and frequently picnic near the ocean. They quickly file a restraining order. 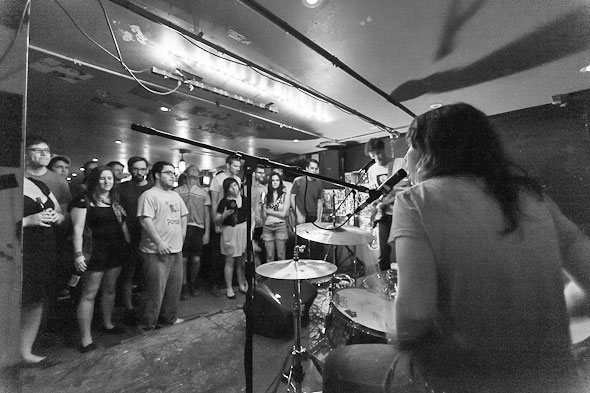 They played Deformer almost in its entirety, two new songs and only one--Lydia--from their older album, Night Group, perhaps proving how confident they are as a stripped-down duo. The usually raucous Parts and Labour crowd was somewhat subdued throughout the night; I like to think everyone was just in quiet, appreciative awe.