Love them or hate them, Metric, Toronto's quintessential indie pop rockers, were back to give some hometown love. Timed with the official release of their new album, Synthetica yesterday, Metric put on an invite-only show at the Opera House to party with friends, the band's families and an eclectic crowd of what can best be described as contest winners (they were pretty stoked). 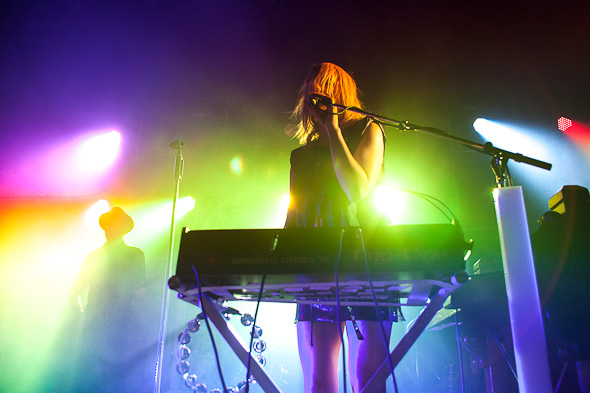 Opening the show with "I'm just as fucked up as they say," the opening line off the album's first track, "Artificial Nocturnal," there was a couple mic glitches, but it easily set the tone for a tight show. 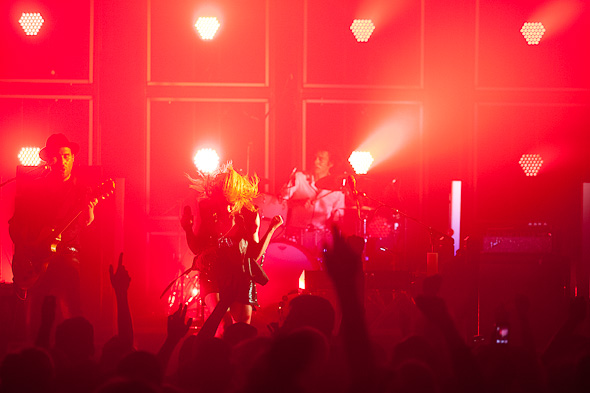 The new album, which you can stream here, is both a continuation and a new direction for the band. There are still the oft-used synths, the catchy guitar riffs, the lyrical hooks (none better than "I was looking for a hooker, but I found you" on "Lost Kitten"), and the melodrama evident in lyrics like "Is this my life? Well I'm breathing underwater." But they've also added a touch of spacey, ethereal sounds on tracks like "Clone" and "Dreams so Real." And they do it well.

The album's first single, "Youth Without Youth, " now touting a freshly pressed music video that can best be described as "yeah, it's alright," has a bit of a Muse influence.

The track that carries the most weight with a big sound, at least live, though, was "Speed the Collapse." Following this track, Emily Haines--who, it can be assured, was a big draw for some of the male presence in the room--took a second to decompress. "I was singing that song, and wow, it's like really dark," she said as she freely, comfortably ambled around the stage. 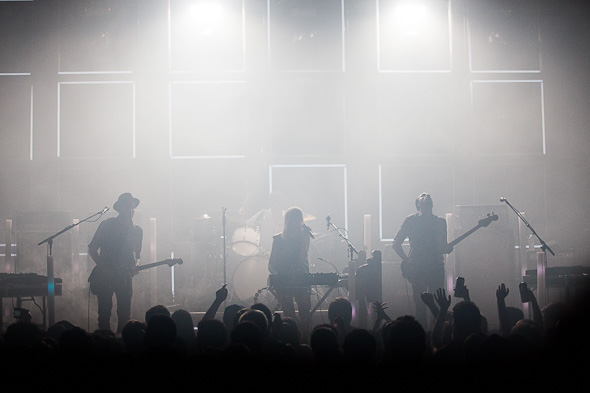 On that note, the band was well composed--they all seemed genuinely content and into the new music. Maybe it was because their families were hanging out in the mid-section, but it was visible on their faces and poured through the songs. The biggest breakdowns (and audience dance parties) were predictably drawn out through well-traveled tunes, like "Hustle Rose," "Dead Disco" and the closer-before-the-encore "Stadium Love." 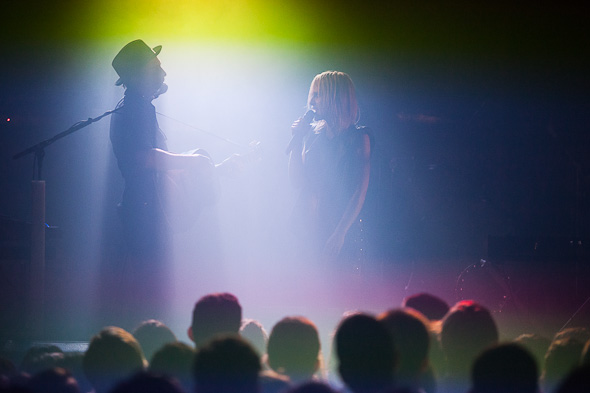 With an impressive lightshow going on, there was an encore countdown that went up on the backdrop after the band left the stage. The crowd loved it and counted down the final seconds until they reappeared to pump out some of their bigger hits, "Help, I'm Alive" and "Monster Hospital."

Before closing the night, Haines thanked her family, the band's families, and Amy Millan and her family who were also in the audience. "I can't play music and not feel something," said Haines, simultaneously musing and catching her breath. "Now here's an acoustic version of our maximum fucking hit, Gimme Sympathy."

And they did. And it was great, with the whole audience singing along as guitarist James Shaw strummed his acoustic and Emily did her thing before leaving the stage, announcing: "Best album release day ever." 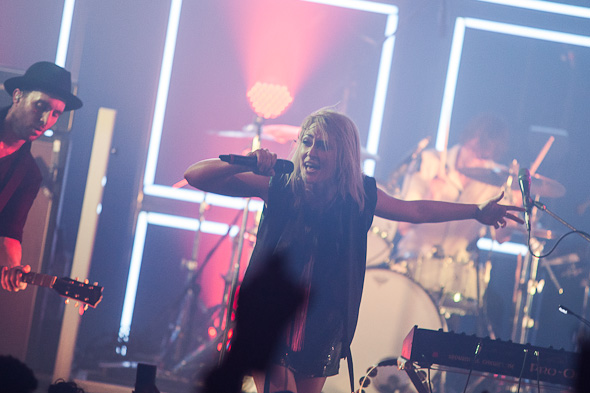