Ty Segall gets the crowd to pogo at the Horseshoe

Saturday night Ty Segall played the Horseshoe to a sold out (for weeks) crowd, in what seemed to be one of the most anticipated shows so far this year. I had been looking forward to it for months too, but became a bit wary of the raucous night ahead after having my eyes dilated earlier in the day and almost passing out because the optometrist used the word "dilated." ("What did you think Erin? You were going to have a baby through your eyes?" - my Mom). Health things make me queasy. 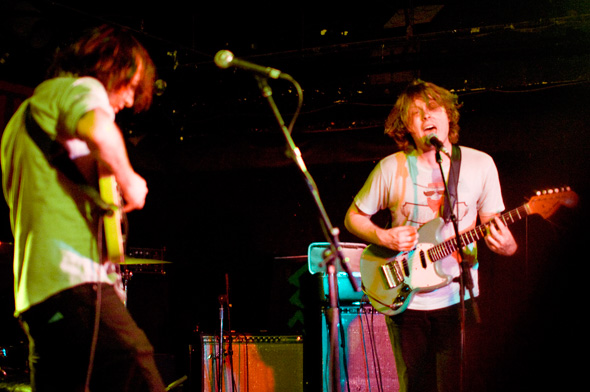 Anyway, I was still feeling a bit weird and thought it best to sit down somewhere near the back. That's a far cry from a year ago when Segall played Wrongbar and I was soaked in sweat with friends in "the pit," and now it's 2012 and I'm sitting alone in the grimy shithole* that is the Horseshoe taking notes.

The band played songs almost exclusively off Melted, with a only a few from Goodbye Bread, which, I was happy about. (I love Melted, and am not quite as fond of Goodbye Bread). The energy was incredibly high all night, and the place was packed as expected. According to a random drunk girl, it felt "like a New Year's party." I'm not exactly sure what that means but I think it means "fun" maybe and even "celebratory?" I've stayed in the past (at least) three NYE's, so I'm not sure.

Just before breaking into Girlfriend, Ty (or a different band member â I couldn't see clearly...dilation** remember?) shouted, "I broke a tooth!" And I thought, "I'm going to faint for the second time today." I don't do well with anything. Blood, broken bones, mouths, eyes, puppies, etc. 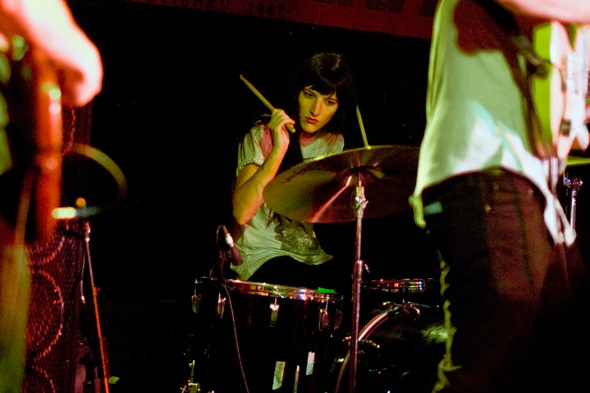 Throughout the sweaty garage rock mess what was the show, Segall had to constantly remind the crowd, "don't shove people!" In fact, our photographer opted to bow out early due to the pushing and beer spilling. Let it be noted that, while encouraging the crowd to stop moshing around so much is honourable, playing guitar upside down from the rafters doesn't help your case. (But it IS awesome.) 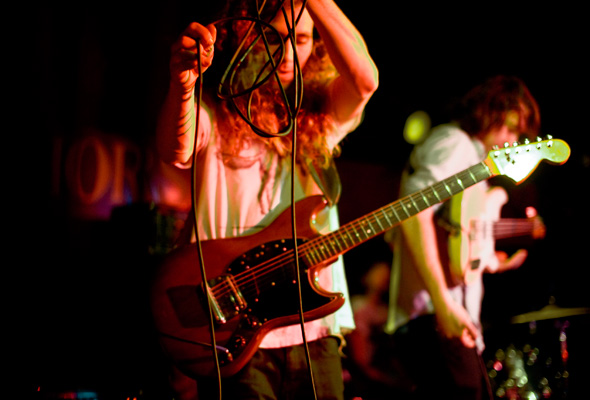 In the latter half of the set they played a new song which I thought he had titled "Pogo", but upon googling it found out "pogo" is an alternative to "moshing"? Oh wait, it's actually a precursor to moshing. What? Are any of these words English/known to people over 25 outside of SoCal?

With two more songs to go, Horseshoe staff shut them down after just one at around 1:20 am. The crowd banged enough on the walls and ceilings to get them to heed (or avoid a riot/serious injury).

After the hour-long non-stop party, Segall addressed the crowd for the last time, saying, "give people beside you a hug. No, give everyone else a hug, not me, I don't want a hug." Me either, Ty Segall, me either. Just one of the billion*** things we have in common.

*let it be known that I love grimy shitholes, specifically the Horseshoe.
**gin.
***my last name also begins with the letter "S".