Romancing the Garrison With PS I Love You

PS I Love You celebrated the release of their new record Death Dreams at The Garrison on Tuesday, backed up by fellow Kingston residents Try Harder and local garage-rock group Army Girls. The headliner's totally unique sound — guitar heroism for the indie set — sets them apart from what can be a very crowded indie scene. Their first full-length record, Meet Me At The Muster Station, got lots of attention from publications like SPIN and Pitchfork, and their latest record, Death Dreams, is poised to do the same. 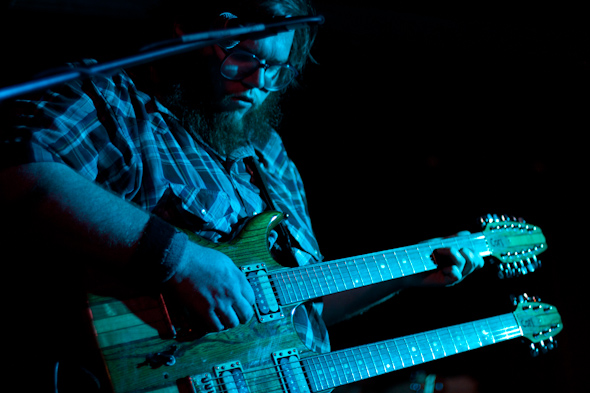 Released just a week ago, it was easily one of the most anticipated Canadian albums of this year. Death Dreams is filled with interesting guitar textures: layers of noise, squealing and static fill the background of the album. Standout tracks include "Princess Towers," a crazed rocker written about a high rise in the band's hometown, and "Sentimental Dishes," a punishing second song that follows an intro of cymbal splashes and guitar noise.

Though this group has always worked well within the two-piece format of guitarist/vocalist Paul Saulnier and drummer Benjamin Nelson, they've brought out a third member on tour to switch off guitar and bass duties with Saulnier. This allows them much more flexibility than they've had in the past, and makes it possible to recreate the often startling textures of Death Dreams with more accuracy, such as the crashing, shoegaze guitars on "Future Dontcare." 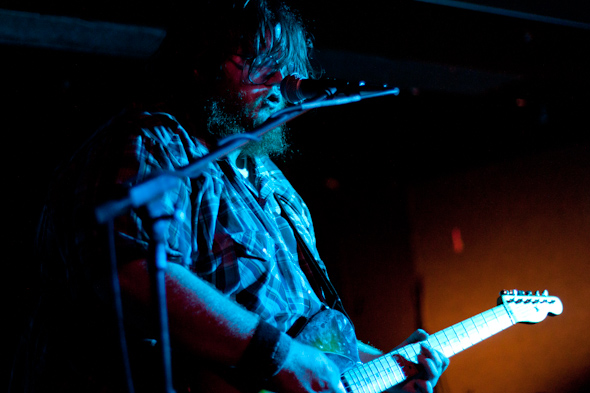 Of course, it goes without saying that the entire show was delivered at a near-punishing volume. Actually, apart from an at-times-obnoxious delay on the vocals, PS I Love You flawlessly flew through their set of new and old tunes, sounding totally comfortable and in control. 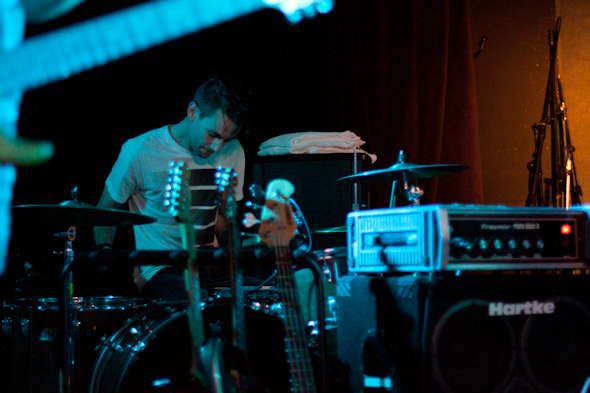 At odds with this — and the rowdy fans hopping around The Garrison — was the band's demeanor between songs. Even with an extensive pedalboard at his feet and switching between a whole rack of electric guitars, Saulnier still managed to seem one of the least likely rock stars you'll ever find. Soft-spoken and shy, he was obviously playing his heart out as he wailed, soloed and riffed his way through the set, but he hardly said anything at all to the audience the whole time.

I felt it added an earnest quality to his performance, though; the dichotomy between a band so aggressive and forceful musically yet almost timid when only speaking into the mic is one I haven't often seen, and actually quite enjoyed.

Opening act Army Girls are fast becoming a Toronto staple. After high profile gigs at this year's Wavelength festival and a Record Store Day appearance at Sonic Boom, it's become obvious that lead singer Carmen Elle and drummer Andy Smith have go the rock duo dynamic down pat. During "Always," the last track from their EP Close To The Bone, the audience clustered around the stage, and by the timethey finished their set, the crowd was fully primed and ready to go. 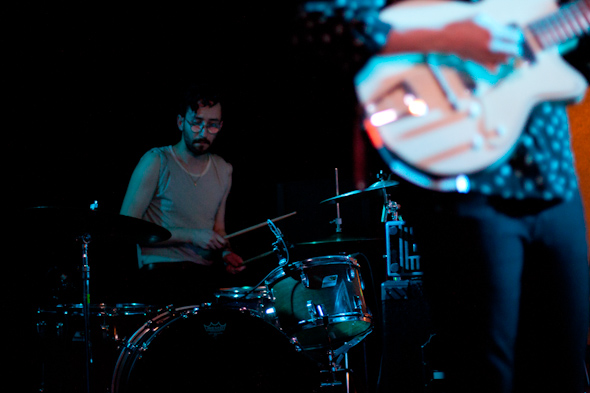 They played their new single, "Twice," as well as several other fresh tracks.

The new material shows Army Girls moving into a somewhat retro space, with more defined doo-wop chord progressions and decidedly vintage vocal lines than what is found on their EP. You should look forward to hearing their new stuff, especially a track that I believe is called "Light Towel." 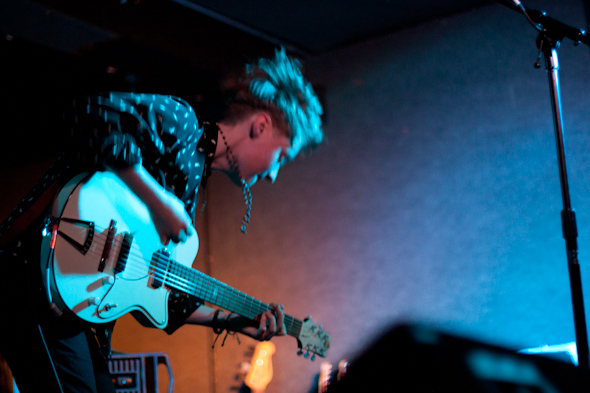 Also playing were Saulnier's side project Try Harder, a group whose music — especially during the last song or two — was interesting, noisy and dark. Their obvious performance anxiety, however, made it difficult for the audience to respond properly. 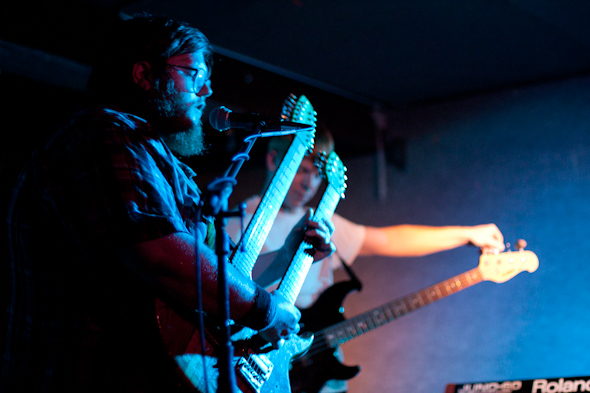 PS I Love You had a similar sort of a demeanor onstage, a sort of awkwardness about them, but the sheer force of their performance was enough to dispel any doubts about their power as a live act. Their first record was excellent; with Death Dreams, they've matured into one of the most interesting live acts currently working in Canada.