Hugh's Room was filled with words and song as Juno Award-winner Old Man Luedecke packed up his banjo and came from Nova Scotia for a show Wednesday night. He spent the evening "trying not to play too many new songs," in his own words, but didn't seem to have much luck in that department. Performing material from throughout his career, including his recent collaboration with Lake of Stew, he told stories, jokes and kept the audience smiling and laughing throughout the evening. 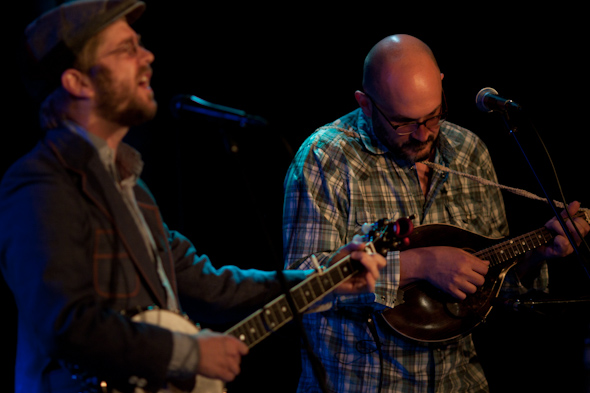 While being a good storyteller is often cited as a prerequisite for being a good folk musician, Old Man Luedecke (pronounced Loo-de-kuh, by the by,) is nothing less than a master songwriter as well. Though prefaced with a funny story about a realtor trying to sell a house using the song, when Luedecke played "Wake Up Hill," from his 2008 record Proof of Love, the true scope of his talent was immediately was as weighty as it gets.

His voice became pensive, the audience quieting to hang on every word. This is a songwriter who knows the sick, beautiful heart of the world. Juxtaposed against his engaging and gregarious presence on stage, the seriousness of his work helps an audience to see that the difference between comedy and tragedy is often merely timing.

Playing solo, Winnipeg's Del Barber opened up the show. More than a classic country crooner, Del's experiences working and living across North America during the "misplaced faith of (his) eternal youth" grant him a self-assurance surprising in a performer so young. 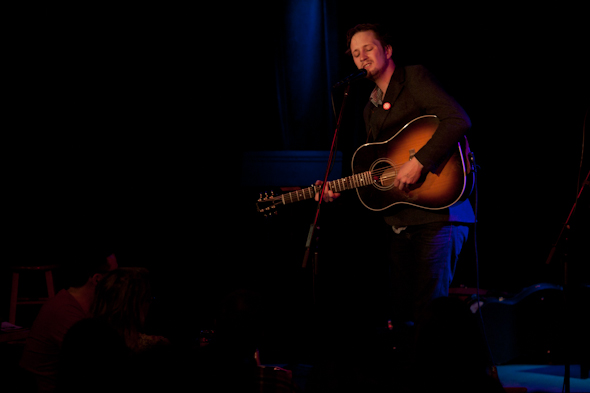 Tracks like "Running On A Wire," from his new album Headwaters, showcase his smooth delivery of long and loaded vocal lines, heavy with meaning and well worth repeated listenings. Grounded in the utilitarian imagery of the everyday, Del's songs nonetheless remain poetic and elegant. Set against his left-handed acoustic guitar, the material was comfortable, with big lines and big ideas brought to the fore. I'd be very interested to see him again touring with his usual backing band. 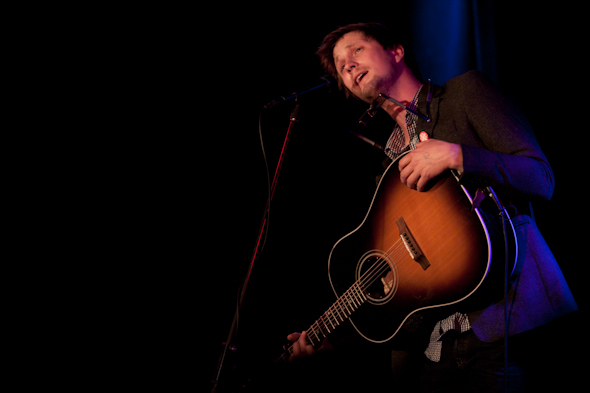 Hugh's Room is not exactly known for its support of big rock shows, but seeing this, it becomes clear why folk and blues artists are booking there: the intimate atmosphere could not have been more perfect. Luedecke and Barber stood on the low stage, well lit and just as comfortable as the audience, in their chairs at tables, cracking jokes while tuning their instruments. The whole experience was easy and intimate. These simply aren't artists with something to prove and with people to win over, and in Toronto, where most bands are just that, the difference in attitude creates a very stark contrast. 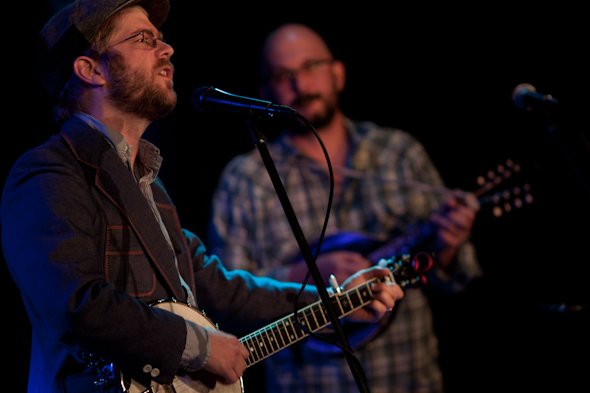 I first saw OML a month or so ago, opening up for the Deep Dark Woods. I was struck by his remarkable ability to make The Great Hall feel like a closed, intimate venue, as well as his remarkable patchwork hat. Playing with Del Barber created a great one-two combination; a great bill of two musicians on the same path, but at different points along it. Old Man Luedecke and Del Barber were doing exactly what they wanted Wednesday night at Hugh's Room â playing music and telling stories â and the audience couldn't have been happier either.

Thanks to Analog Songs for recording Wake Up Hill