A Neon Indian live show is a very different experience than listening to his recorded music. Most notably, he (Alan Palomo) is joined by a live band consisting of a keyboardist, a drummer, and a "live visualist" (barf), all together creating an infectious energy. 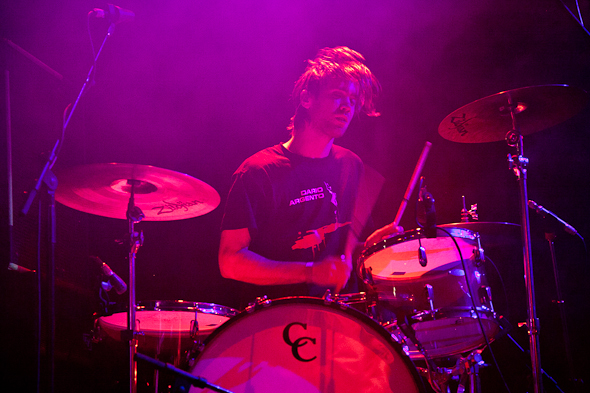 Palomo himself is a gentle soul and a grateful performer. About half an hour into their set he mused, "I realize my hello is a bit delayed and I'm sorry for that. Thank you so much for being here--we've never headlined a show this big." I hate when performers are assholes. Alan Palomo is not an asshole. 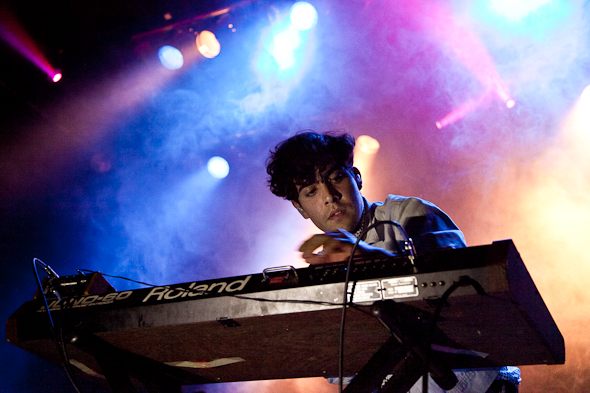 Throughout much of the show a hexagon blinked pink and blue, hypnotizing me 책 la Derek Zoolander...it didn't help that much of the music had a similar '80s vibe to Relax. I did not attempt to kill any Prime Ministers (how much longer can I draw out this dated reference?) 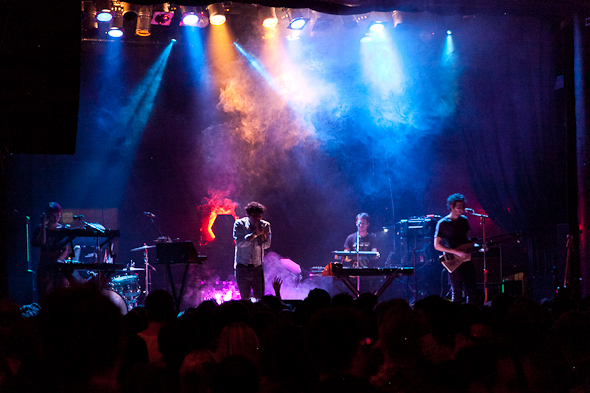 Palomo maintained a dialogue with the crowd and before playing Fallout--I think, I was on acid (not really, though)--said "hopefully this song will feature a wistful, sad-happy sing-a-long from you guys." And that's great way to describe most of his music. Within the first song I realized his music gives me hope for my future self--not because I want to front an electro-chill-wave band (I do, kill me) but because his soft vocals, the pounding drums and catchy melodies create a soundtrack of hope. A soundtrack of hope for my hair that was extremely frizzy due to the humid and drizzly night.

Next, my notes read: "Stop soloing on that thing that sounds like a car alarm." 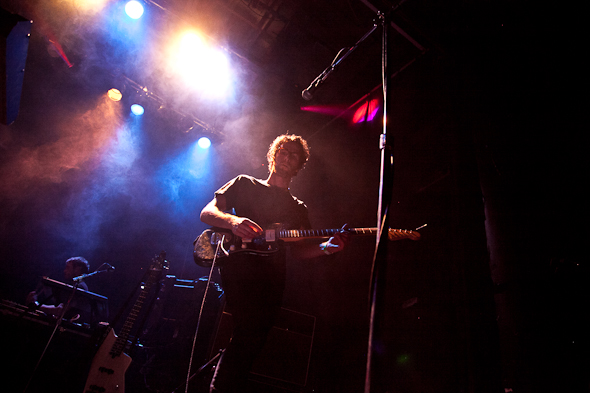 They ended their set with Polish Girl, which, I would like to mention, is maybe my least favourite song of theirs. I live in Roncesvalles and a "polish girl" around here is a 60+ nepotistic ex-pat disapproving of my living arrangement with my boyfriend, and not a bouncy little song that is actually kind of annoying--that's the real reason I don't like it. 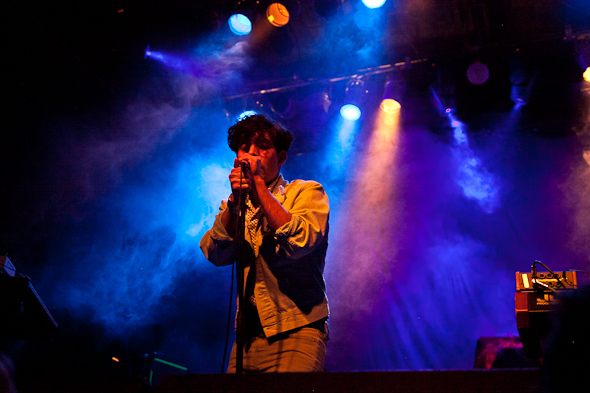 But wait! It wasn't the end! After the usual "thanks for hanging out with us k thx bai," the group quickly came back on stage and played two more songs, including Hex Girlfriend which I already cleverly linked to when describing the pulsating lit up hexagon. 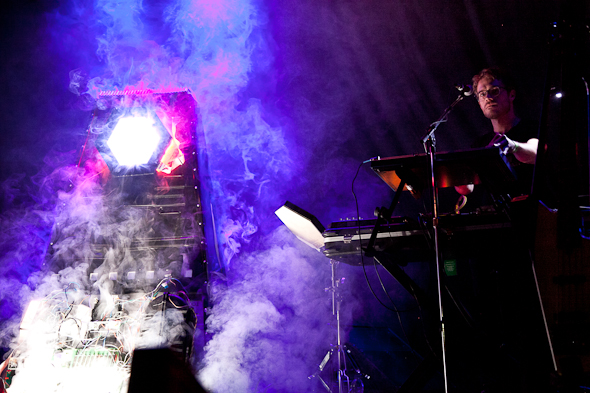 Neon Indian is still a relatively young act, releasing his first album in 2009, and well, he's also only 24 years old. I think he has yet to reach his peak, and we'll be seeing more of him for awhile yet.