How to cure a hangover with Edward Sharpe & the Magnetic Zeros

"That was beautifully weird," a sweaty patron says to her friend as the ugly lights come on and we're herded out of the Kool Haus late last night. I would say that you're spot-on, sweaty patron. Indeed, Edward Sharpe and & Magnetic Zeroes even had a way of curing my relatively tender hangover on Mother's Day. That's a triumph, I'd add.

Hungover on Mother's Day? I know, I'm a first-rate son. 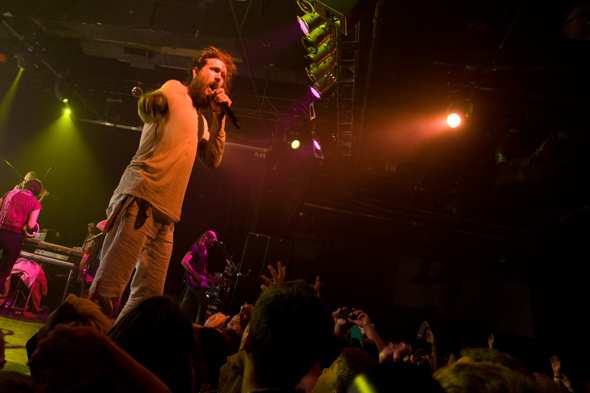 Having only released one full-length album in 2009, and with the much-anticipated follow-up, Here, coming out at the end of May, Edward Sharpe (& the Zeros) have hit their stride. And if you think you haven't heard of them, you have.

"Home," their sweet, wickedly catchy, little whistle song has gotten around. From commercials to Community, to Ugly Betty to that Cyrus movie that nobody watched, everyone has gotten a piece of "Home." I'm pretty sure it was also used in everyone's summer slideshow from last year as well. 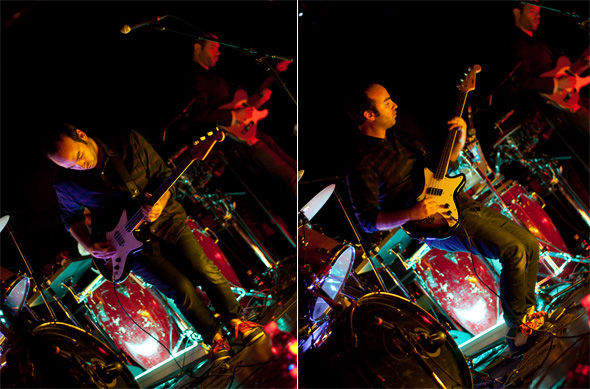 But before we get into their performance, we should discuss a band that everyone will be telling their friends about today: Pitchfork-approved Fool's Gold. Oh, that pleasant moment when the opener impresses the hell out of you. With a Creemore tall boy in hand (hangover medicine, of course), Fool's Gold got my feet a-movin' a couple songs in.

With solid Caribbean and African rhythms over tight guitars, you get an '80s inspired dance party, apparently. Fool's Gold mixes a sprinkle of Dirty Projectors, some Vampire Weekend and Grizzly Bear and mashes it all together with some African tempo. Doesn't hurt that they're whip-sharp and know how to build a song. Next time they're in town, they will have a much bigger Toronto fan base: you can count on it. 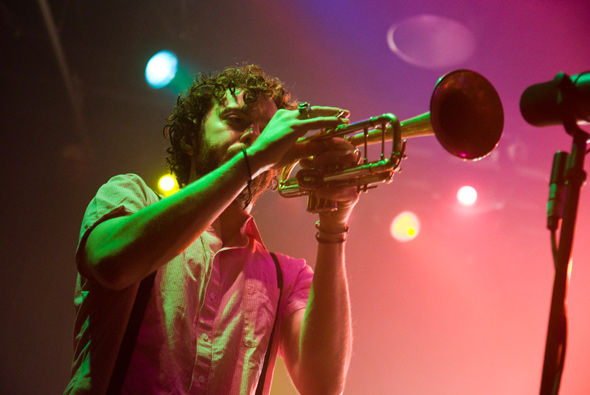 During a long intermission between sets, I laugh to myself at the comically long line for the women's washroom. Karma bites back, of course, as I discover that I'm standing in a hearty amount of piss water about halfway through my time at the urinal. Three cheers for overflowing urinals beside you; serves me right for being hungover on Mother's Day. 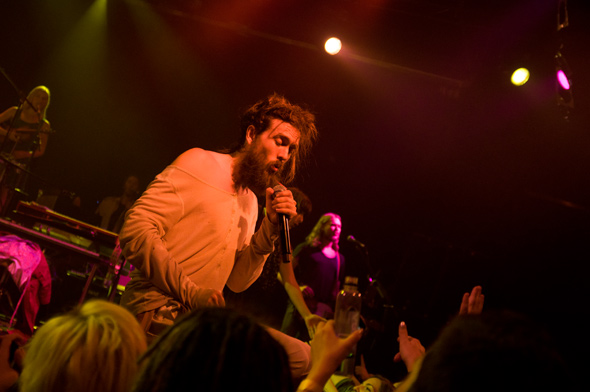 With the whole venue steeped in anticipation, Edward Sharpe and the Magnetic Zeroes appear. The band's frontman is a bearded, white-clad messiah-esque man known as Alex Ebert — a former drug addict from L.A. who took on the alter ego Edward Sharpe — dances freely about the stage. 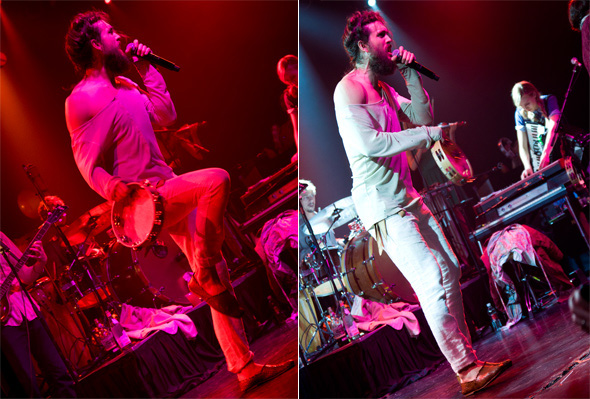 At times, I feel like I just signed up for a Californian desert cult, although in other moments, I feel like I'm at the Dance Cave on a Saturday night surrounded by over-eager U of T kids. Maybe they're one and the same; I can't be sure as my head is weathering a mild lightning storm.

At Edward Sharpe concerts, it should be noted, slow songs equal let's-smoke-pot songs, apparently. They also don't use set lists — they just play whatever songs they feel like at the time, and sweating profusely on one another is just part of the ambiance. 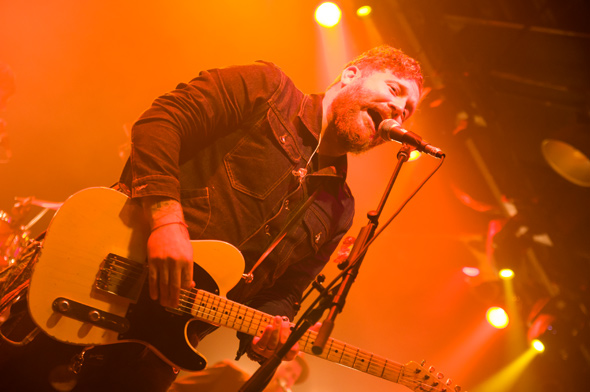 Following little interaction with the crowd at the beginning, Edward Sharpe tersely announces, "This feels good. This feels very good." He also tells a slightly spooky anecdote of sitting cross-legged with his mother and others in a circle earlier, staring silently into her eyes for an hour and a half. "It was super intense," he says, softly. 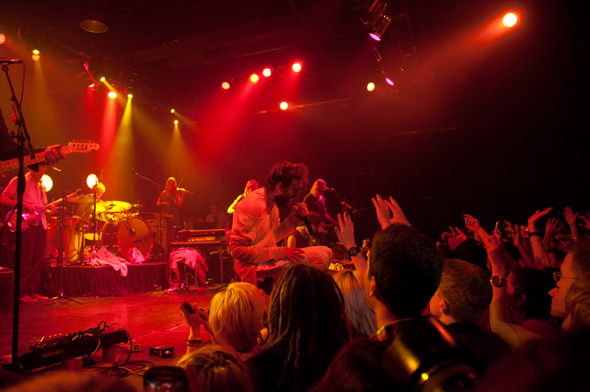 They close the show after having just played for an hour and a half — just as they did two years ago at the Phoenix — Edward Sharpe wants to connect with the audience. So, walking into the crowd, he takes a seat and announces, "I'm going to sit down, and if you would join me, that would be nifty." Well put. The whole audience then proceeds to sit on a pile of crushed beer cans and roaches as a throng of Instagramers snap away at the scene unfolding in front of them. Beautifully weird, indeed.