Get to know a DJ: Maria Jose Govea (THESUPERMANIAK)

For this week's edition of our Get to Know a DJ feature, I spoke with Maria Jose Govea (a.k.a THESUPERMANIAK). Beyond being a promising up and coming DJ, Govea is also an accomplished photographer. To find out more about this Venezuelan transplant, check out the transcript below. And if you like what you read, you can see her spin at Wrongbar in June . 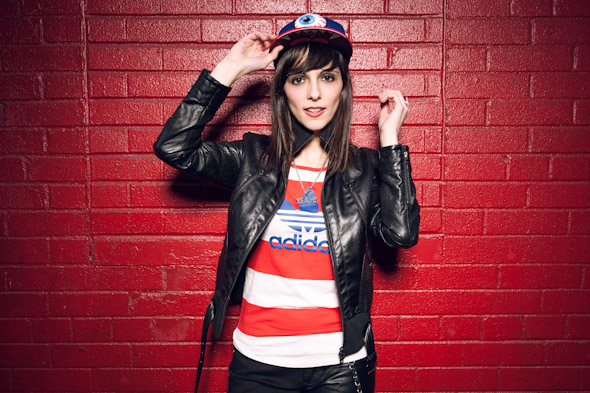 How did you get your start with deejaying?

I started deejaying in Venezuela right before I moved to Toronto in 2003. I was friends with a lot of the people from Simpl3, one of the only drum and bass crew in Caracas. My boyfriend at the time was one of the deejays in the crew, and he used to say, "Wouldn't it be cool if my girlfriend played?" I laughed, but he actually taught me how to play. I played a couple shows in Caracas and have loved deejaying ever since.

I haven't been back in a while, but in 2002 the scene was amazing. The energy was incredible, and there was still money to bring in a huge headliner at least once a month. For example, Dieselboy was someone that we had come to Venezuela several times.

A big part of the scene was art as well. Everytime we threw a party, it was about getting the club looking cool with graffiti. There were always one or more VJs involved in making each party, as the crews wasn't just made up of DJs, but included VJs and graffiti artists as well. 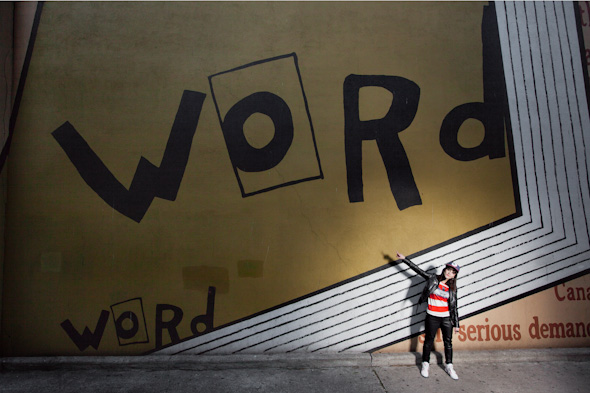 Why did you eventually decide to move to Toronto?

Well, there are two reasons. The main one is that my country was — and still is — in bad shape. The political situation is far from ideal. When I graduated I wanted to get out there for a bit. The other reason is that I wanted to study film.

In Venezuela, I studied film, but the focus of the program was film theory and I hadn't gotten my hands on an actual camera. I knew that Toronto had a big film industry, and I also knew that Toronto had big a drum and bass scene. Those two combined with the fact that I needed to get out my country meant that I landed in Toronto. 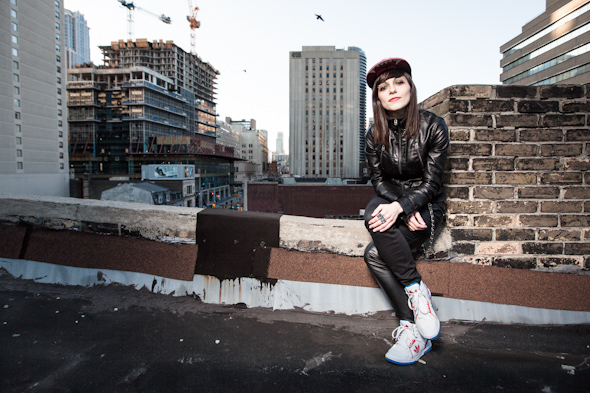 What was the process like of breaking into Toronto's scene when you arrived?

For a couple of years I wasn't playing very much, but then I started going 2 the Beat, a record store that used to be on Queen near Spadina. I used to go there every Thursday to buy the new drum and bass records that arrived each week. Everyone at the store were really nice, especially one of the managers, Mr. Brown. Eventually I made a little mixtape, and everyone at the store thought it was pretty good. They then booked me a for a couple of parties, and my deejaying career took off from there.

In terms of electronic dance music, drum and bass was all that I listened to. Obviously I loved to listen to other genres like indie rock and latin music, but in terms of what I wanted to play, I only listened to drum and bass. Eventually, though, it got to the point where most of the drum and bass DJs were dropping dubstep tunes in their sets. At first, I didn't get it because I thought the songs were too slow and that the songs created this weird switch of energy. One day, though, I downloaded a Rusko mixtape. The energy of the mix was so crazy and amazing. It helped make the sound click with me, and I actually started to understand dubstep. After that I started to go dubstep shows, and soon after I began working with Basementality as the resident photographer. I deejay there on a regular basis, too. 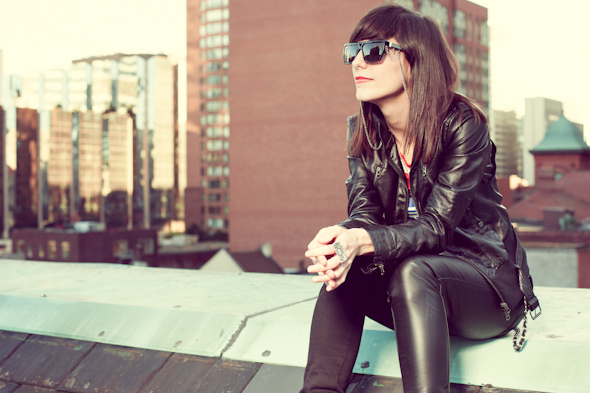 What was your impression of Toronto's scene when you first moved here?

First of all, when I moved here I couldn't believe how amazing the scene was. Back home, we had to wait for one or two months for a really big name to come through town. In Toronto, there's so much going on, and I feel like I'm spoiled. The fact that I get to shoot it, be a part of the scene, and share it with other people is amazing.

Beside deejaying, I hear you do a lot of photography. Can you tell us about that?

After I finished my schooling, I didn't know if wanted to write, direct, or produce. And if I wanted to stay in Toronto, I either needed to go to school or figure out a career. At that point, I was deejaying a lot and doing all of my press photos — this was four years ago when MySpace was still popular and musicians keep their MySpace pages up to date. My friend suggested that I start to study photography. I thought it was a good idea and that it would be fun to be behind the camera for a change.

I started going to school for photography, but I quickly got to the point where I thought I wasn't learning anymore, so I dropped out and used the money I saved to purchase all the equipment I needed to get started. I started shooting all my DJ friends and ran a promo on myspace offering to shoot bands for cheap — both helped build my portfolio. Since then, I've grown and expanded my photography. One of my most recent accomplishments has been to see my photo of 12th Planet make into an issue of LA Weekly magazine. 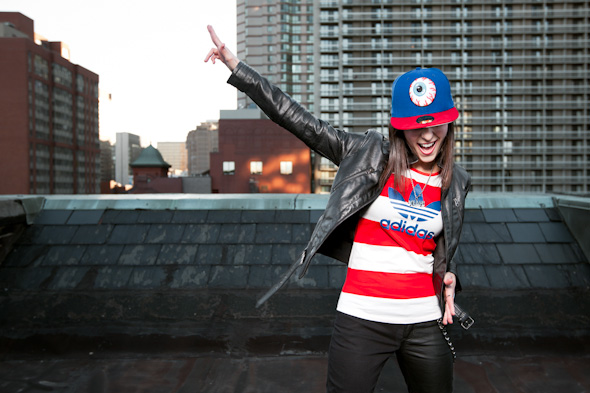 I'm working on an art show for the CONTACT Festival. The opening is on May 3 (today), and I'm profiling the EDM scene. The show is being held at the Arepa CafÃ© near Queen and Bathurst. The show is called Grumba, which in Spanish means party, but, like, a really wild party. There's pictures of the crowd and portraits of the artists. Beyond that, I'm looking to start making mixtapes on a regular basis again. And I'd also like to try and make music videos — I bought a lomo camera to experiment with making music videos.

East or west side? West side.

You can catch The Supermaniak spinning at the grand opening of Kitch (Beats & Eats) this Saturday, May 5th. More details here.