Garbage, fronted by an energetic Shirley Manson, gave longtime fans a hot show Monday night at The Phoenix. It was their first time back in Toronto in about seven years. And it was a sweltering hot night. The sold-out show made for an even hotter venue as concert-goers edged up closer to the stage. 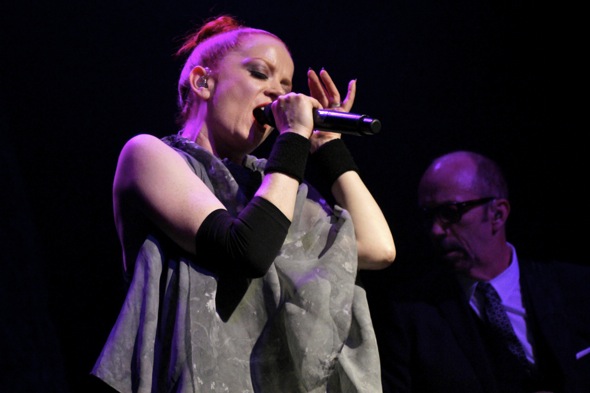 Flanked by two well-dressed, bespectacled bald men on guitars, Manson was in her element, taking command of the stage throughout the 100-minute, energetic set.

She wore a strange green smock-like veil, which later came off to reveal a black, sleeveless top and shorts to match, punctuated by a wide, metallic waistband that reflected the stage lights as she swivelled her hips.

The stage setup was sparse, with all black behind the band, who were all mostly dressed in black as well. The only stage decoration was the band's stylized g on the kick drum.

Playing a few crowd favourites early on, such as "Queer" and "Stupid Girl," Garbage got the crowd on their side. After a huge applause, Manson finally engaged the crowd with "Thank you so much! We're so happy to see you. It's been a long seven years. Thank you for having us back."

Indeed, it had been a while. And the crowd â largely in their 30s and 40s â grew up on a steady diet of alt-rock and were only too pleased to see this band back on stage. Packed in tight, the Phoenix got hotter.

After several songs, Manson exclaimed, "It's fricken hot in here," as she wiped her brow with a black towel. "I blame you." 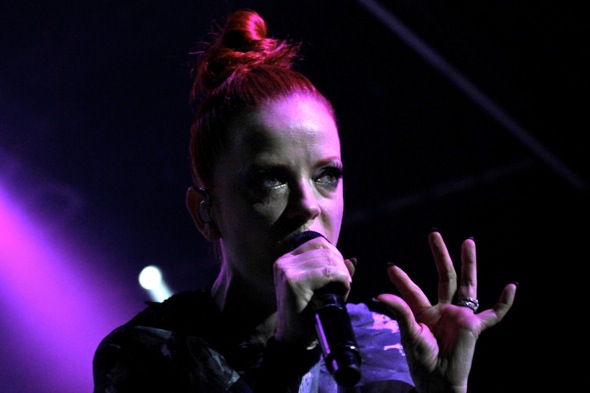 After treating the crowd to "Control," off their latest album, Not Your Kind of People, Manson began pacing in small circles on stage, as the familiar riff of #1 Crush became eminent. Live, it was a rockier version than what I remembered hearing on the Romeo + Juliet soundtrack. But Manson's voice came through as both raw and sultry as ever.

A few songs later, Manson declared, "The next song is for all our hardcore fans. Which I'm assuming is everyone here. For all the freaks, geeks and misfits.... Those who didn't get picked for the football team."

She then asked the audience band members about things they had done that could be called super weird. Given the mic, one guy up front Butch Vig said, "I smoked a lot of weed." Seriously, that's the best you could come up with?

Late in the set, after a false start on "Paranoid" due to technical problems with their monitors, Manson didn't miss a beat. "Okay, that was an aborted landing," she deadpanned. "But I know that you love us regardless." And all was forgiven.

Garbage ended their regular set with "Push It," from 1998's Version 2.0 album, before a three-song encore, starting with a new one, "Automatic Systematic Habit," which went over really well live. I especially liked the vocoder effect at the end of the song.

Check out Garbage's live performance of the song recently on Late Night with Jimmy Fallon. It'll have you humming a Garbage tune once again. 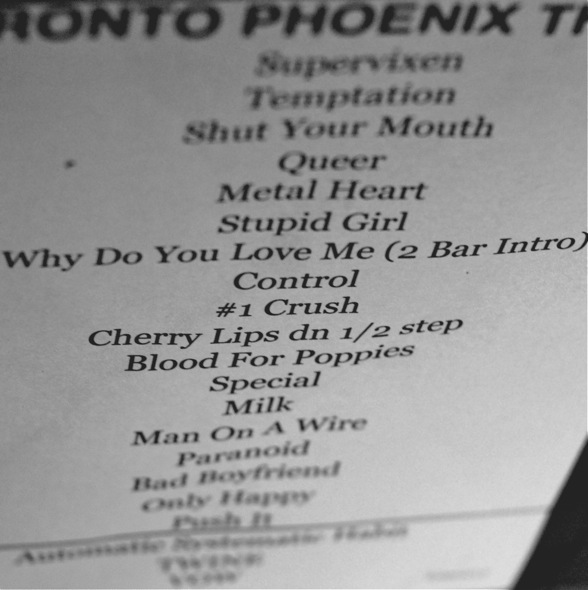