Active Child shows fans the power of pop at Lee's

Active Child stepped in and carried their weight at Lee's Palace on Tuesday. Fans of Balam Acab may have been disappointed to learn that the Pennsylvanian producer didn't make it into Canada for either his Montreal gig or his Tuesday show, but any fans who didn't opt for the offered refund were more than rewarded by double-headliner Active Child's performance. 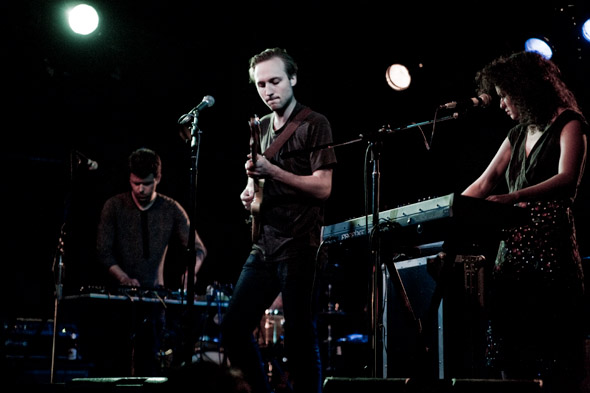 At first, the night seemed to be going nowhere. L.A.'s Superhumanoids plodded though a shambolic assemblage of what sounded like Stars covers before an empty floor, while a single tee hung forlorn and wrinkled above an unattended merch table (note to bands: if bringing an iron on tour seems like a huge ordeal, at least invest in a garment streamer). 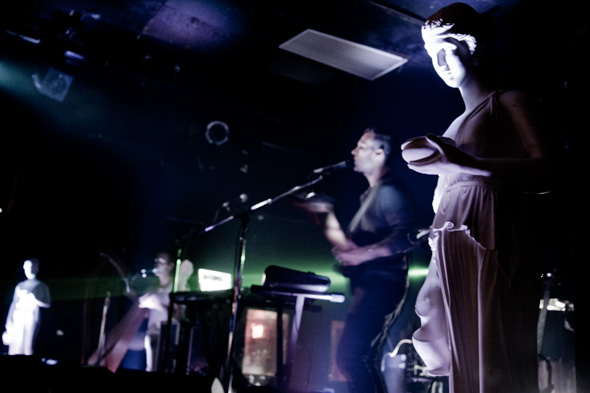 Besides the slow trickle of fans into the venue, the only promise of good things to come were the two large Greek statues on either side of the stage. The bands may not have fit an iron into their vans, and the props were likely hollow and lightweight, but they represented a commitment to showmanship, nonetheless. The figures were a mere hint of what was ahead. 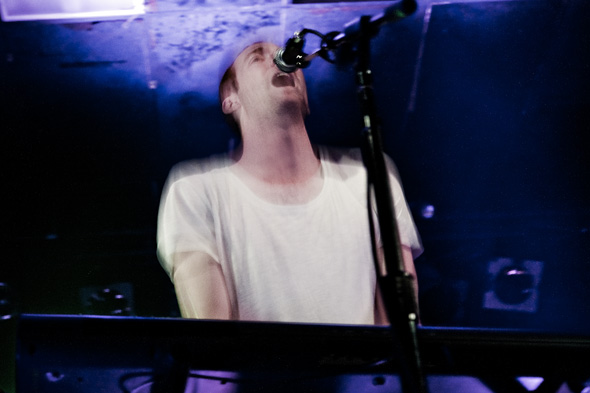 The moment Pat Grossi, the artist behind the fog-engulfed Active Child, hit the first note of single "You Are All I See," there was no doubt in the room that something special was happening. I'm familiar with Active Child's recordings, but I wasn't prepared for the beauty of his high operatic register, or his graceful harp playing.

Backed by a drummer and a musician who alternately played synths, vocals, laptop and guitar, Grossi was as strange and unusual as the statues sharing the stage, which flashed with lights synced to the music.

The drama of Grossi's voice, accented by the light show which illuminated the fog then blinded the audience, surpassed any expectations. Bridging his classical training with R&B vocals and potent pop song structures, Grossi kept the audience engaged, leaving his harp to play synths at times, and drifting from classical, other-worldly angelic croons to a low register, or more traditional r&b melodies. 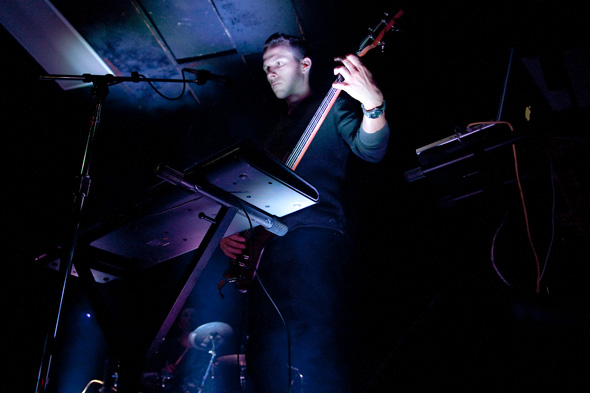 Though How to Dress Well's Tom Krell wasn't present to sing back up vocals on "Playing House," the performance raised my excitement for Krell's June show at The Drake.

A self-described laptop music project, Active Child kept the computer use discreet--one was hidden behind a statue bust--and the trio brought each song to life with skill and feeling: "Way too Fast" is a moving track on record, but it became much more powerful live. The band put on one of the most interesting pop performances I've ever seen, and it hit home that Active Child is crafting a unique sound, and the kind of music I dream about finding, and seeing live.

At the end of the night, Balam Acab's presence wasn't missed at all on my part. Apparently the twenty-one year old artist--real name of Alec Koone--didn't manage to get his paperwork in order for customs, which could be forgiven, yet for a musician who gained a large following mainly due to the internet, it was disappointing to see that as of this date, Koone has not replied to any Canadian fan questions on his Facebook or Twitter page (Grimes doesn't count). Koone, I know you're young, but try to get it together. Any fans who chose not to attend the show due to the cancellation have until June 12th to claim a refund.