On Friday night, local heroes The Wooden Sky played out to a sold Opera House. The show marked the triumphant return of the band to their familiar stomping grounds. 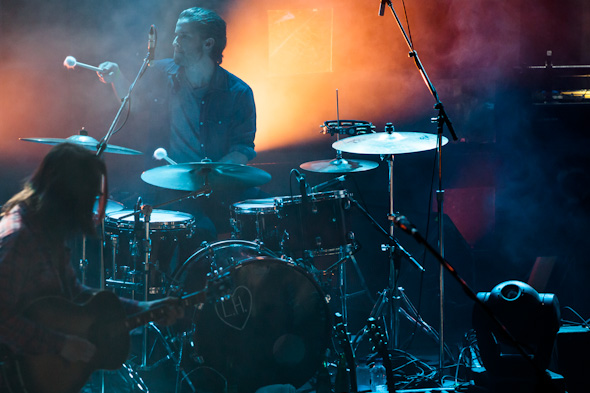 At times, it seemed like each song the band played received greater applause than the one before it. And with good reason, as the Wooden Sky played a tight set from start to finish. The group's initial selection of songs saw them play the vast majority of material from their two most recent full lengths, If I Don't Come Home You'll Know I'm Gone and Every Child a Daughter, Every Moon a Sun. I was disappointed that only one song from the band's excellent debut, When Lost at Sea, made it into the five piece's setlist, though at this point that's to be expected. 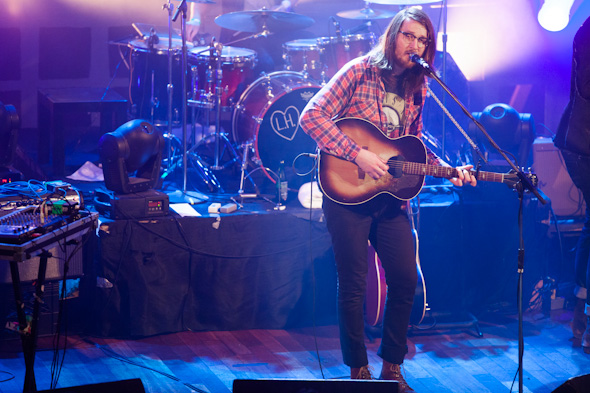 An early personal highlight was the band's rendition of "City of Light." Here, the cascade of lights that had accompanied the Wooden Sky's earlier songs was toned down to match the stark beauty of the song itself. Another highlight was "Take Me Out." Gavin Gardiner, the group's gentlemanly frontman, explained that the song was a love song and that he was dedicating it to his parents. The song's slow shuffle encouraged more than a fews of couples to take up the song as a slow dance. 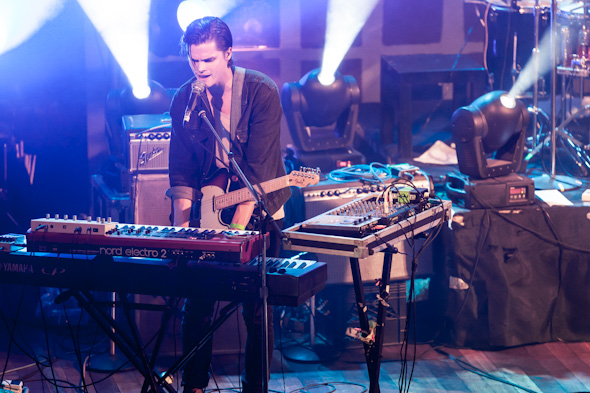 After finishing "Something Hiding from us in the Night," the band returned to play an additional four songs. Here, the highlight was the band's cover of Nirvana's "All Apologies." Having listened to In Utero and Unplugged in New York more times than I can count, Kurt Cobain's songs, and that song in particular, are absolutely ingrained in my psyche â and it seemed like that was the case for a lot of other people at the Opera House on Friday night. However, I can safely say that Gavin and the rest of the band did the song justice, and it was uncanny to hear at certain moments how closely the singer's voice matched the tone and tenor of Cobain's illustrious voice. 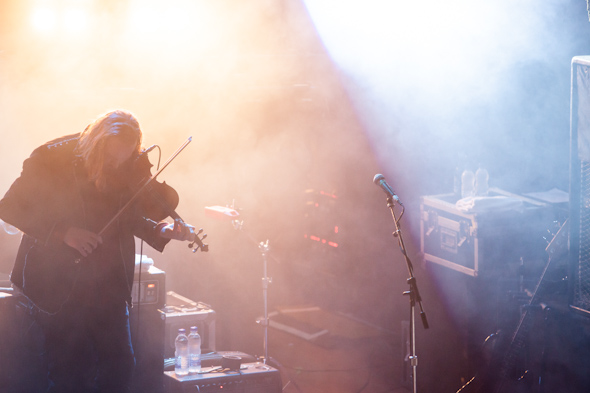 Afterwards, the length of the Queen streetcar was buzzing with multiple discussions of just how good the concert was, everyone seemingly in agreement that The Wooden Sky had a pretty good showing for a band that was, at least initially, created to fulfil the requirements of a school project.

Child of the Valley
(Bit Part)
My Old Ghost
It Gets Old to be Alone
Angels
City of Light
Bald, Naked and Red
Yukon Blonde song
I'm Your Man
When We Were Young
Take Me Out
Malibu Rum
North Dakota
Angelina
Something Hiding from us in the Night