Red Hot Chili Peppers light a fire at the ACC

Friday night, for the first time since their Stadium Arcadium tour in 2006, the Red Hot Chili Peppers took to the stage at the Air Canada Centre — complete with dazzling screens of light, goofy humour and, of course, a catalogue of music that's made them one of the marquee acts of the last 20 years or so. 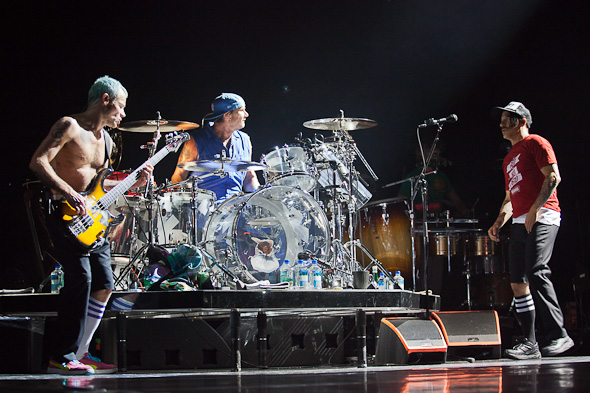 It's been a big year for RHCP: after releasing their 10th studio album and announcing a world tour, they were inducted into the Rock and Roll Hall of Fame mere weeks ago. Needless to say, they've come a long way since playing shows at Lee's Palace in 1986. 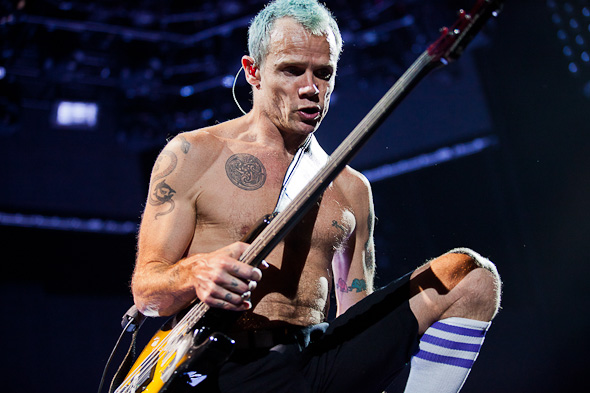 It wasn't surprising to see a sold-out show of 16,000 shrieking fans — this being night one of a two-night RHCP bender in Toronto. The "I'm With You" tour has been dubbed by some as the most anticipated music event of 2012, and I'd say there's something to this conjecture. On top of performing new hits like Monarchy of Roses from their latest studio release, the legendary band rolled out classics like By The Way, http://www.youtube.com/watch?v=lwlogyj7nFE&ob=av3e, Californication, and Give It Away. 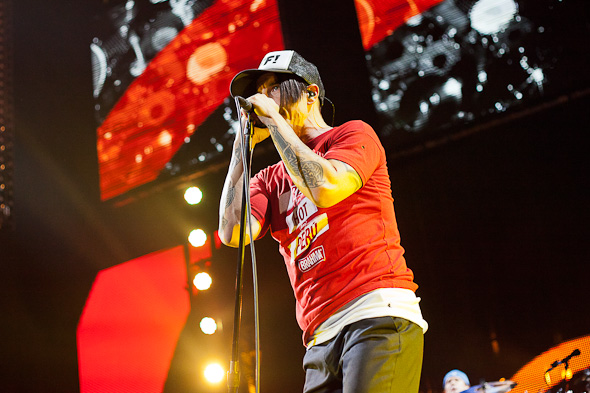 For me, each song brought on nostalgia for my wonder years as a wannabe wakeboarder, blaring Suck My Kiss through the small boat radio before belly flopping over the edge of my board. Last night, my belly flop — I tripped down the stairs — was into a sea of fans. I was thoroughly impressed with the setlist and judging by the screams of my neighbours, so was everyone else. They highlighted exactly those songs that best represent their body of work over the years. 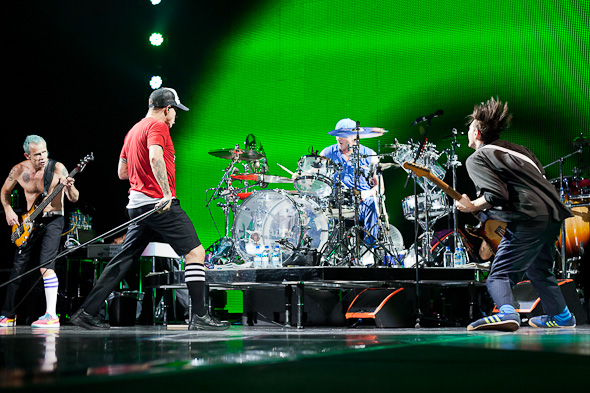 The encore began with guitarist Josh Klinghoffer and keyboardist Chris Warren donning Toronto Maple Leaf's jerseys, while drummer Chad Smith wore what I can only assume is his idea of the Canadian Tuxedo — sleeveless denim coveralls. Bassist Flea entered the stage walking on his hands and the crowd went wild. 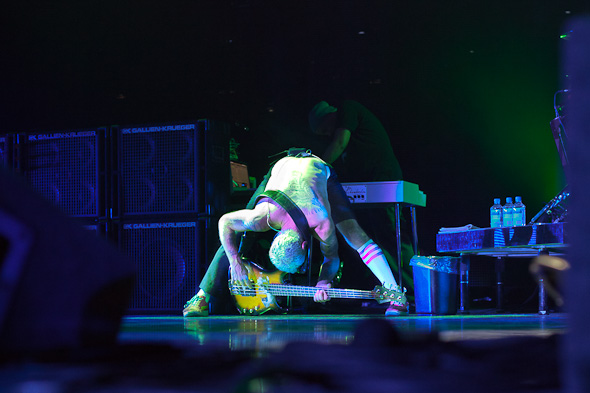 The spectacular stage effects, the monstrous crowd of fans, and the obvious chops that these guys still have, conspired to create an unforgettable Red Hot Chili Peppers experience.

Around the World
Meet Me at the Corner
Give It Away