Plants and Animals play in harmony at Lee's Palace

Plants and Animals first appeared on my radar — I'm not from Clinton, but I do take pride in my radar (and in obscure references to small town Ontario) — when they were shortlisted for the 2008 Polaris Music Prize. Those Polaris folks are smart, so I knew they were a band worth watching. Admittedly, I hadn't been paying them much attention lately, but that made my visit to Lee's Palace all the more intriguing. 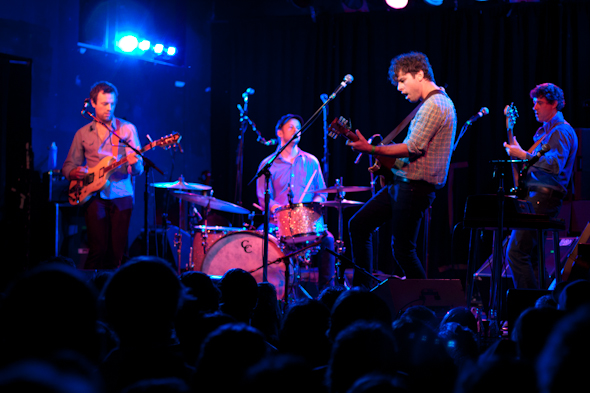 Plants and Animals music could alternately be described as folk, rock, and sometimes even orchestral. What really came through during their live show, however, was how honest it is. The vocals are raw and effortless — nothing seems contrived or forced. It's like the band members jumped out of one womb together and have been playing these songs and hanging out ever since (I wonder who the mother is?). 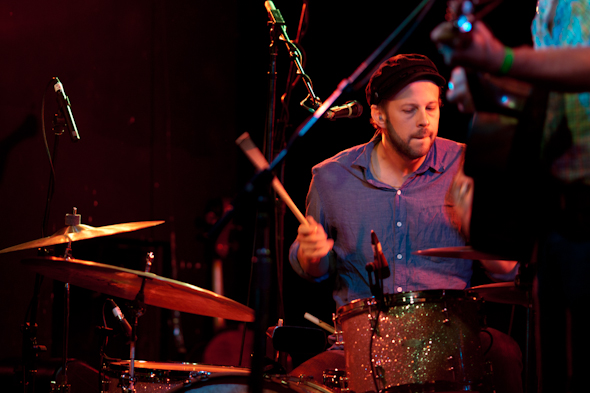 Starting their set with a "rousing rendition" (copyright: anyone who has ever written a music review ever) of "Bye Bye Bye", Plants and Animals created a great vibe that lasted throughout the night. By the time they were deep into the second song, I was screaming "I love this band!" (in my head)...and had developed a schoolgirl crush on guitarist/vocalist Warren Spicer. Newsflash: musicians are sexy. I wasn't the only one experiencing this belated revelation; my friend and I heard numerous people whistling at him. 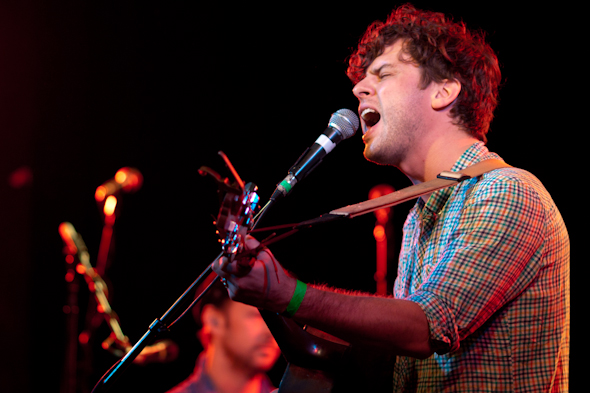 For the heartbreaking "Game Shows" the band was joined by "Mike" who accompanied them on cello (I am absolutely certain it was a cello). Next they played "Lightshow," which is one of those songs in one of those keys that pulls at your heart and makes it ache in a good way.

I could've watched them for hours, and luckily the band obliged with a long encore including a cover of The Band's "The Weight" — a nice little tribute from one Canadian band to another. Plants and Animals truly have heart and soul... And are probably getting "hot loving every night." Sorry. 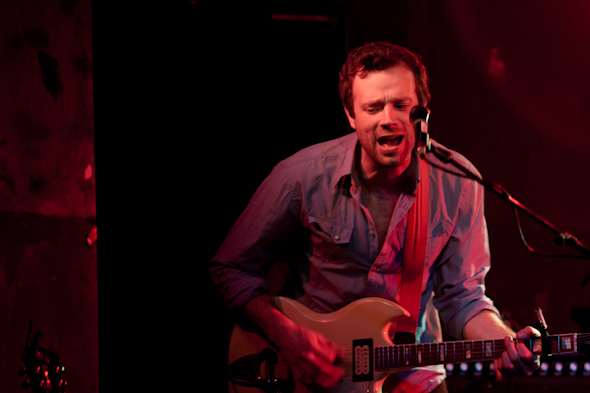 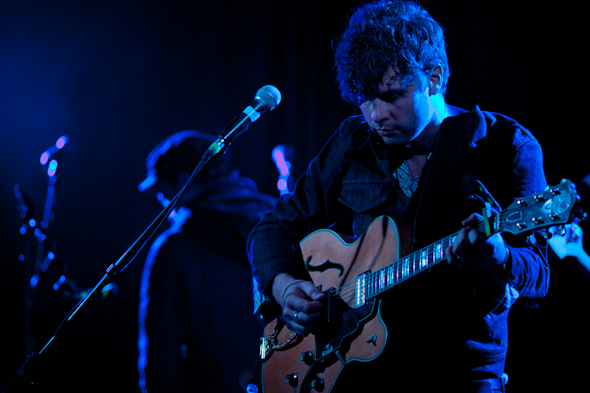