Metronomy adds some UK flavour to The Hoxton

British band Metronomy sold out The Hoxton Monday night in support of their latest album The English Riviera. Toronto local Sandro Perri opened the show and drew a great response from the crowd. I shared his sentiments when he thanked the crowd for "being so nice" and noted he "doesn't usually go to places like this - but it's good to get out of your box".

By the time Metronomy took the stage shortly after 11pm I had almost stopped worrying about whether I "fit in" at the venue or not (ok, I had two gin and tonics). Founder Joseph Mount on keyboards, guitar and vocals was joined by Anna Prior on drums and vocals, Oscar Cash on keyboards, guitar and vocals and Gbenga Adelekan playing bass guitar and also contributing vocals. All four wore push lights stuck to their chest (see photos) which lit up in synchronicity. Fun? Annoying? You decide. 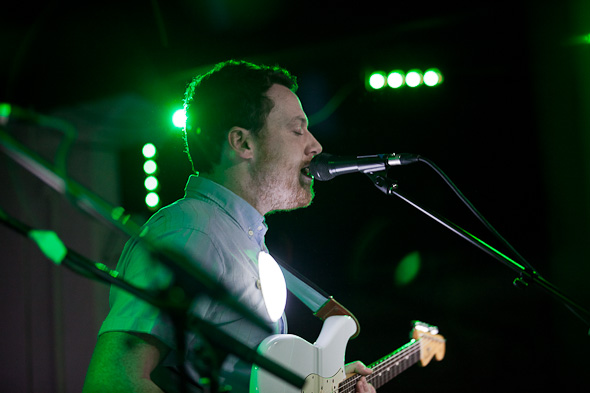 Their set list consisted of only one song from their first, more electronic and vocal-less album, 2006's Pip Paine (Pay the ÂŁ5000 You Owe). This was disappointing as I was hoping to perform an old workout routine I would do to Black Eye/Burnt Thumb (skip to like, 1:30! jumping jacks! crunches! ok that was the whole "routine"). The crowd roared when they got into "A Thing For Me" from 2008's Nights Out- whose video is worth (re)watching. 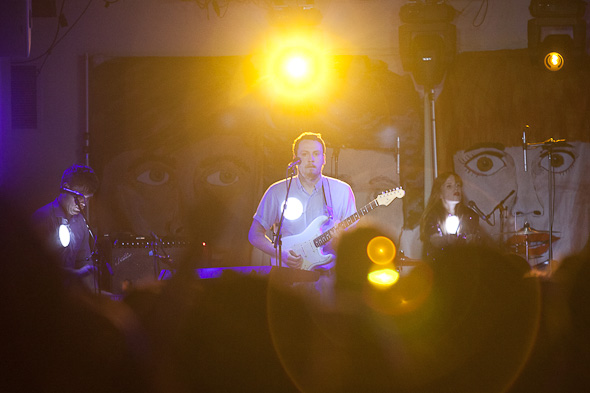 With friendly banter throughout the night, good energy from everyone on stage and catchy pop song after catchy pop song Metronomy succeeded in pulling off a really fun night.

Some Written
The Bay
Love Underlined
Heartbreaker
She Wants
Everything Goes My Way
On Dancefloors
Holiday
Trouble
Corinne
You Could Easily Have Me
A Thing For Me
The Look
Encore:
Loving Arm
Radio Ladio 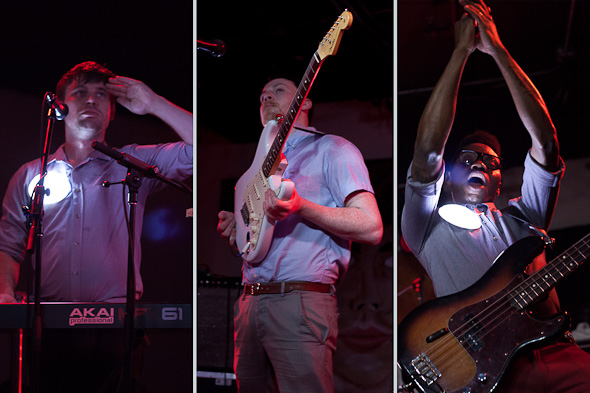 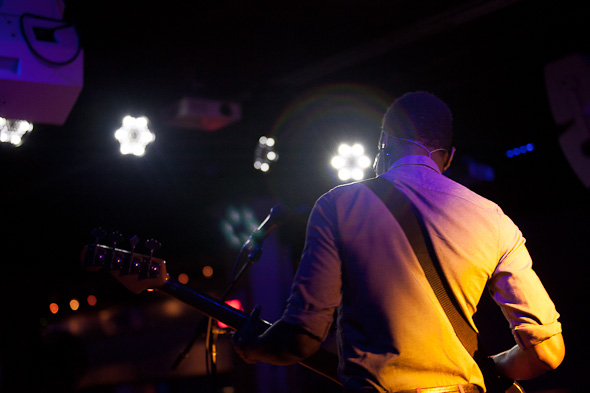