Lost in the Deep Dark Woods

It was far too hot for all the flannel and plaid worn by the sold-out crowd at The Great Hall on Good Friday. Standing above the crush of sweaty backs and undone shirt buttons, The Deep Dark Woods took the stage with a long set heavy with songs from their Juno-nominated record, The Place I Left Behind.

They opened with "The Banks Of The Leopold Canal." Drummer Lucas Goetz laid into every groove with a force unheard in The Deep Dark Woods' studio output. Lead singer Ryan Boldt and guitarist Burke Barlow traded solos with each other as well as pianist Geoff Hilhorst. Barlow delivered his leads with a traditional country flavor, while Boldt laid into his guitar with an all-soul approach, very reminiscent of Neil Young. 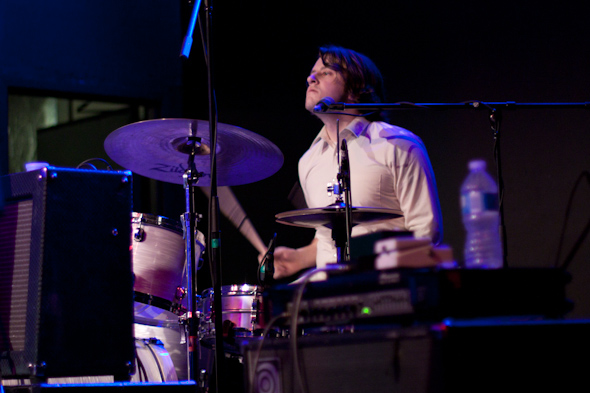 The band really started to cook during the third song, "Hang Me Oh Hang Me," from their 2007 record of the same name. Chris Mason's punchy bass kept The Deep Dark Woods grounded during one of many amazing fiddle solos by Kendel Carson, who was accompanying the group for the night. They really fell into a groove here, finding a great natural rhythm that carried them through the rest of the night.

Apart from singer Boldt's slightly awkward asides--lines like, "this is quite the large audience. I feel like some sort of a... rock and roll star" felt a little forced at times--The Deep Dark Woods couldn't hit a sour note if they tried. For its part, during slow songs the audience stood awestruck, entranced by tales of heartbreak and loneliness; during "Sugar Mama," though, everyone's feet began to tap and some couples danced right up to the front of the stage. 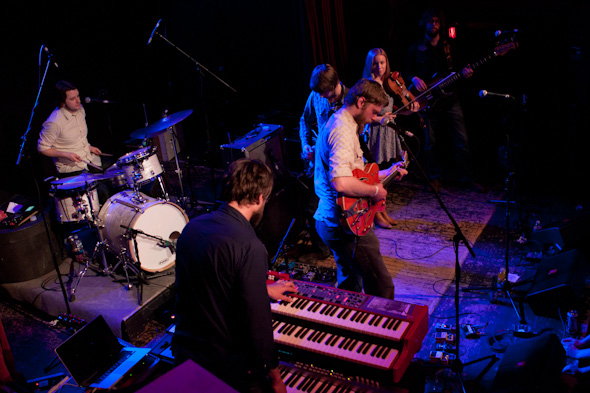 After "Back Alley Blues," the Deep Dark Woods brought Old Man Luedecke out to jam on "All The Money I Had Is Gone," and were later joined onstage by fellow Juno nominees The Good Lovelies for "The Winter Hours." 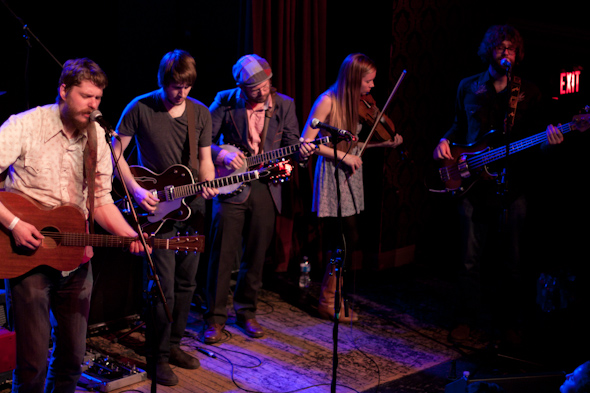 Old Man Luedecke had been on earlier to open the evening. With his disarming stage presence and awesome patchwork hat, the Juno Award winner managed to make The Great Hall feel something like a giant kitchen party. His songs all came with stories, like the long introduction for "Just Like A River." It involved a garage-sale record purchase, a French symphony and 3 lines of Nana Mouskouri's cover of Bob Dylan's "Rain's Gonna Fall." 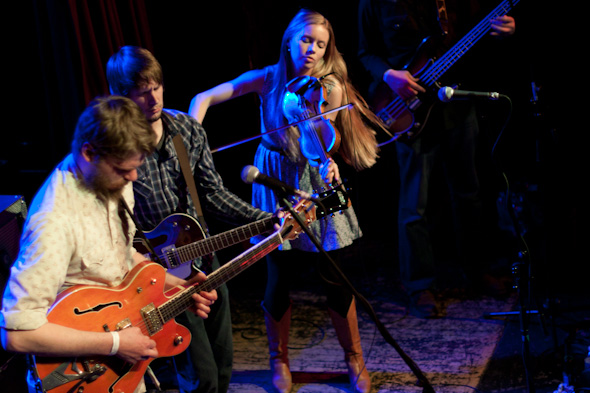 I don't often see shows where the band outlasts their fans, but The Deep Dark Woods played two encores and seemed ready for more as the audience, drained, filtered out of the Great Hall. The crowd actually began to thin almost immediately after the climax of the set, "River In The Pines." For the entire set, the audience was caught in rapt attention, lost in The Deep Dark Woods. 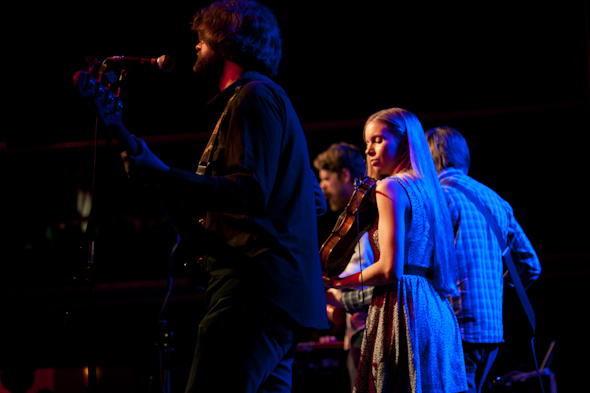 But the best part? As Ryan Boldt announced to the crowd about halfway through the night, the CBC was on hand to record the whole thing. Soon, you'll be able to listen to The Deep Dark Woods live at The Great Hall--and believe me, it's going to be great. 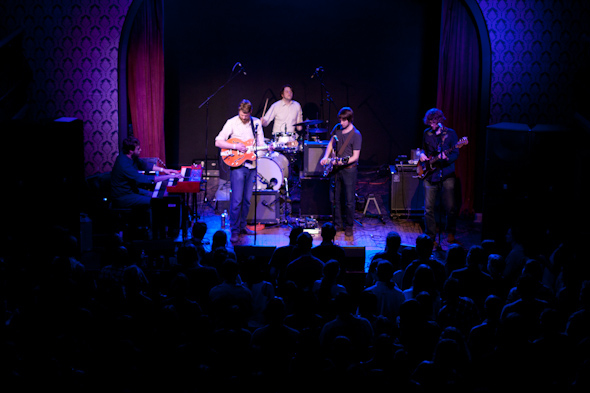