Get to know a DJ: Jeremy Sean (Mandelephant)

For this week's instalment of our Get to Know a DJ series, I spoke with Jeremy Mandel, a somewhat recent transplant to Toronto via Montreal. Since taking up decks, Mandel has performed under many names, but can be currently found operating under the Mandelephant moniker for his deejaying and Jeremy Sean as he launches his production career. Jeremy was kind enough to produce a lengthy and beautiful mixtape exclusively for blogTO — so be sure to check it out at the bottom of the page.

How did you get started Deejaying?

I got my first set of decks when I was at university from a friend who was into funk and hip-hop. Unfortunately, they sat dusty for a couple of years, and I really didn't get hooked on deejaying until after I graduated and discovered Giorgio Moroder. It was two scratched up copies of Midnight Express that helped me learn how to match beats.

Growing up and going to school, I listened to a lot of hip-hop, and then I got into instrumental stuff like Blockhead and RJD2. At the time, I didn't really know anything about house or techno music.

After I graduated, I spent a year working part-time for a university professor and, in my spare time, I volunteered at CKUT, a campus and community radio station in Montreal. My girlfriend and I did a radio show that showcased a bit of everything, but the focus was on mash-ups, electro, and indie. It was called "Mashin' With Mandelephant." I cringe thinking about it now, as it wasn't the best show but, at the time, I had a lot of fun hosting it and getting my feet wet. 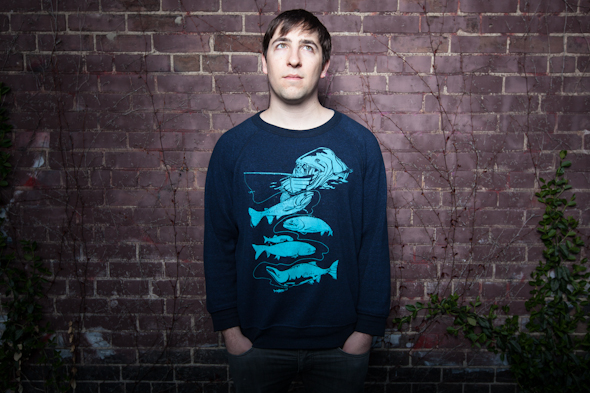 How did you arrive at your current style?

I got into dance music through the Peer Pressure parties that started in Montreal. After a year of living and working in Australia, and listening to the Peer Pressure mixes, I figured out how to make mixes of my own with Ableton. While I was in Australia, I didn't have access to decks, so when I finally moved back to Canada I went at it pretty hard. After moving to Toronto, I helped throw a bunch of loft parties at this King St. apartment my friends and I called "The Zoo."

That evolved into me starting the Plugged Not Thugged blog with my friend Bill (Billionaire) and the Major Rager parties with the rest of our gang. The blog's success came largely from the bass music posts that Bill ran — Bill was one of the first people to post early tracks from Zeds Dead and Killabits, which helped the blog get a lot visits from the Hype Machine — but I always gravitated towards more housey stuff.

Initially my sets were on a more aggressive party rocking tip, but over time, as you learn more about what's happened and what's happening in a style, you refine your taste and evolve to keep things interesting. For me, this was getting to know a lot of classic stuff from Green Velvet to Karisma, as well as labels like Strictly Rhythm and Trax, and then later on the deeper disco sounds of the Wolf + Lamb camp, as well as the grit of Legowelts many monikers. 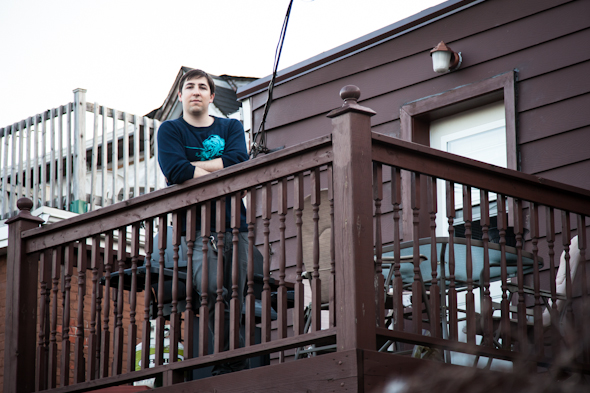 Having now completed a mix for blogTO, can you explain how you approached it and some of the ideas that informed the mix?

I usually take a long time programming my mixes to make sure that the tracks not only contribute to an overall arc, but also share an interesting dynamic between them. In an effort to use my ears more than my eyes, and limit the volume of material I potentially could use, I have been doing most of my mixes with vinyl for the past year. For this mix, though, I thought I'd try using both digital and vinyl and see how it turned out. Selections range from deep house and techno, to a bit of vox-infused stuff, and a few throwbacks for good measure. In the end, it took me a few takes to get it right. 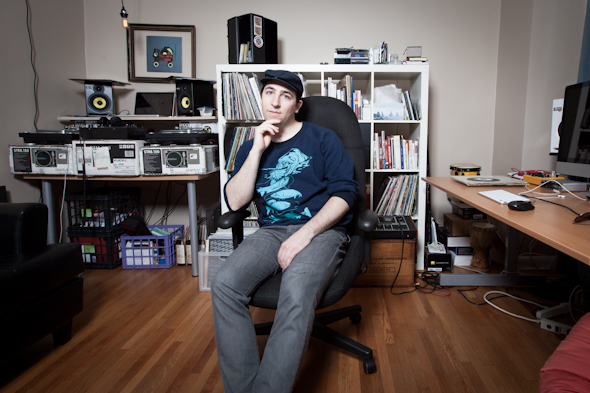 What are some of the challenges of being a relatively new DJ to the Toronto scene?

There's no simple answer to that question, since it really depends on where you're trying to take things. Speaking generally though, Toronto has had — and continues to have — both an incredible amount of local talent and a mostly passionate community of promoters. I think that one of the biggest challenges that Toronto up-and-comers face — and the electronic music community in general — is that although there is a growing interest in electronic dance music, it seems to me the growth of "heads" and people throwing parties hasn't been proportional to the number of consumers citywide for stuff that flies below bigger budget events.

As unfortunate as it is, what could be considered a big booking from the standpoint of how much press it received, doesn't necessarily guarantee any sort of attendance. That, along with weekends where two to three great parties are happening in any given genre will cause some events to get diluted.

That said, there are a bunch of up and coming crews doing great events right like The Deep North, Mansion, and 40Hz, all of whom I've had the pleasure of working with in some capacity over the last couple of years. They've all gone on to build strong communities around their particular interests, which I think has done wonders for Toronto's scene. There are so many talented DJs in Toronto that have been at it forever, so I think that getting booked as an up-and-comer being and outsider comes down to either having something exceptional to bring to the table in terms of production or style, or being able to get a lot of people out to see you and help the party out.

Beyond the challenges for the up-and-comers, the challenge for people passionate about presenting music that is meant to be experienced in sets over two plus hours is that evenings are for the most part short from a venue standpoint here, and there is a serious lack of mid-sized venues with good sound and vibes. We're doing the best with what we've got, though. 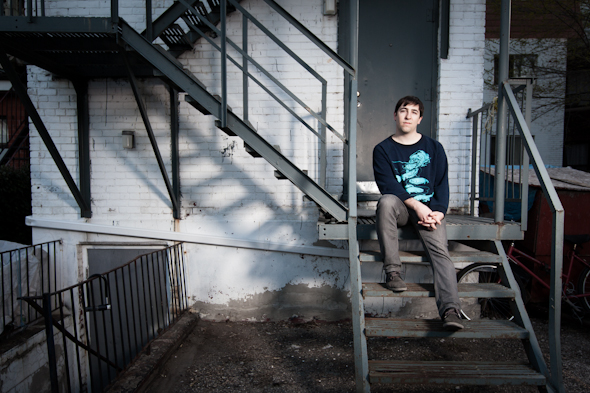 Going forward, what are some of the things you're working on?

At the moment, I'm still doing Major Rager at Andy Poolhall on the first Saturday of every month. Beyond that, I've got an outdoor party coming up on Sunday, May 13 called Metronautix. The party is going to be outside of the youth hostel at King and Spadina — that is, Global Village Backpackers. The party will showcase a mix of house, techno and deep disco jams. Those interested can find more information at the party's site and Facebook page, both pages will have more info soon. Other than that, I'm trying to create some interesting tracks of my own.

East or west side? West.