Dudes and doom convene at The Drake

This has been a messed up month, hasn't it? The apocalypse has been hiding around every corner. I didn't want to go out and catch Babe Rainbow late last week; I wanted to lie in bed streaming cartoons. And it was supposed to rain? No way.

I tamed my sense of dread with knowledge this might be a rare chance to see the Vancouver producer, which got me out the door. A handful of people were hanging out when I arrived at the Drake Underground while a Toronto DJ lined up tracks on stage. I have a pinky sense for when gigs are going to be empty and it had been tingling about this show, but I hoped I was wrong and the room would fill up soon. 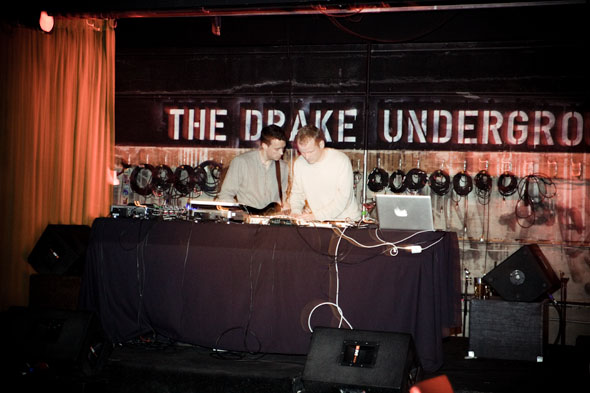 It never did, and after some prolonged time-biding, Halifax's Southern Shores took the stage just before 11:30 for their Toronto debut. Guitarist Ben Dalton and producer Jamie Townsend weren't much to look at activity-wise, but I dug their chilled out beach club vibes, ample a cappella samples and all-around warm tones - no apocalypse here.

Or was there? I got to thinking - maybe the recent influx of twisted r&b vocals represent a world spinning out of control. I shuddered. All theory aside, Southern Shores killed the breezy mood by playing for-ev-er, and though their set's closing moments created a strong climax and tied their performance together, it was twenty minutes too late. 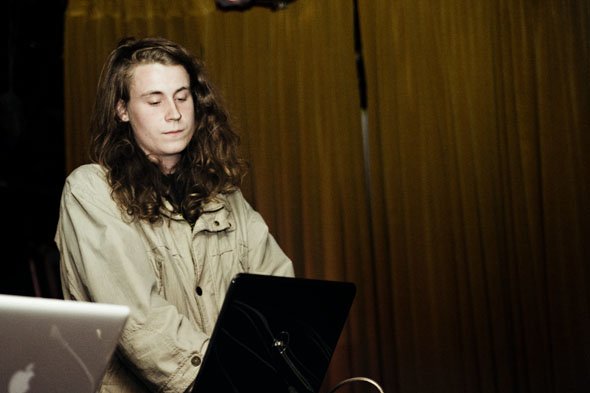 Bummed out looking Toronto producer Guy Dallas was up next. He played short and sweet, and introduced his dark-rave set by infusing the room with growled vocal samples that sounded like Doom Tickler. The ten people on the floor got their dance on.

It was when Babe Rainbow finally appeared, decked out in all his bro-li-ness wearing a ball cap and a plaid button-down, that a super messed up bro started kissing my friend's feet. I kid you not. Sad is the dude who pounds back enough e to wipe out a small village at a party where less than a dozen are on the floor. We rolled our eyes and moved up front. 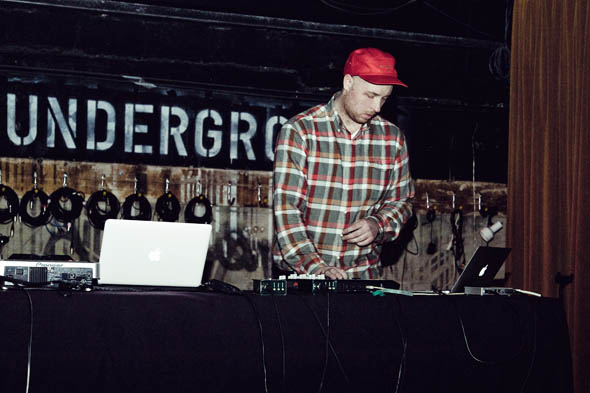 In contrast to my friend's... admirer, Babe Rainbow aka Cameron Reed is a stand up dude. He writes about Canadian politics for Vice, started the website ShitHarperDid.ca, and still finds time to make sometimes creepy, sometimes joyful, internationally appreciated remixes and compositions as Babe Rainbow. 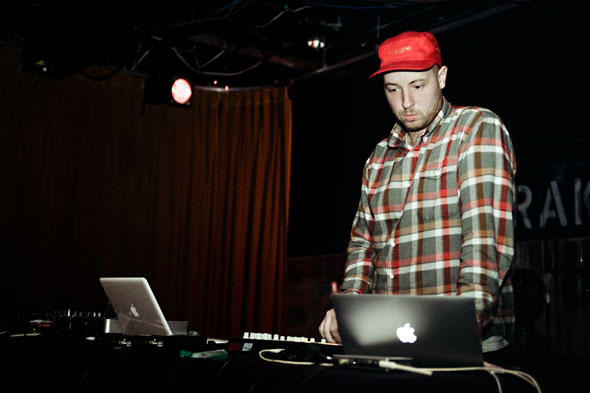 Alone with a macbook and a small mixer, Reed was quick to find horror soundtrack territory. Shrill tones and lazy bass met the sounds of lost singing and snarling undertones: I got a little scared. Just before 1:30AM the set moved into dubby, dance party territory, though no one seemed into the idea of dancing anymore. I felt like Reed could have used the intimate night to pull off an arty, experimental set that wouldn't have flown in a fuller club, but he'd probably prepared for a larger audience (here's hoping he gets it next time).

I hit the street soon after. Total success: the night air was perfect and it wasn't raining. I'd been right about the slight turnout, but I started to rethink my premonition that the universe was about to collapse inwards. I learned that if your walk home is the best part of your evening, it doesn't mean your night was bad. It just means it was a nice walk.