Disappears get destructive at the Garrison

Less was more on Sunday night at the Garrison, as Chicago's Disappears rolled through town to promote their third and best LP, Pre Language. This is not to say their live sound is plain or uncomplicated, but rather that the band practices a sonic minimalism without sacrificing volume or intensity.

With Steve Shelley of Sonic Youth fame joining the ranks on drums to tour their last album, Guider, Pre Language marks his first appearance on their studio recordings. Merging equal interests in the krautrock of Kraftwerk and the proto-punk of the Stooges, Disappears focus on repetition and texture to create riff-heavy drones that never overstay their welcome. 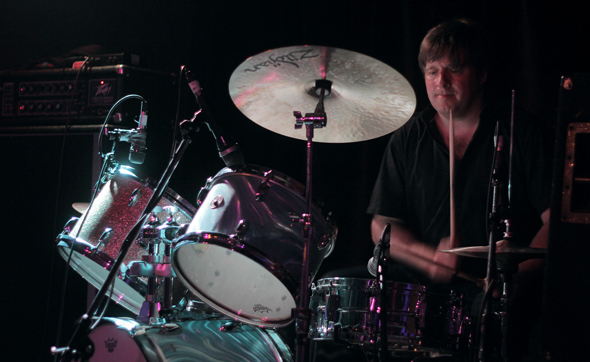 It's evident that the band's workhorse rotation between touring and studio time have led to some serious musical chemistry between Shelley and the rest of the band, as his fill-heavy drumwork propels the band to new levels. As evident as this is on Pre Language, with its emphasis on the sense of foreboding a solid interlocking rhythm section can pull off (equal respect here to bassist Damon Carruesco), the intensity that the four members of Disappears create onstage easily trumps their recorded material.

Already by the set's second song - "Replicate," the lead single off of Pre Language - Disappears had found their groove as each band member appeared in individual worlds cohesively producing a crushing wall of sound. Despite their relatively barebones live setup, the performance of such tangibly tension-filled music was more than enough to add a physical element to their set that lasted throughout the hour that they performed. 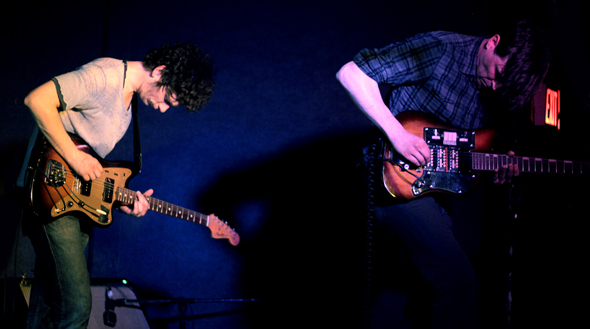 Between songs, the band came off as casual guys, but there was an ominous quality to their stage presence when they played. Rarely addressing the crowd, singer/guitarist Brian Case (also of 90 Day Men and the Ponys) seemed to have no choice but to gutturally sneer out his words. Not that they were particularly easy to pick up on - the few repeated words and phrases seem to reflect the band's overall pared-down aesthetic but are ultimately obscured by Case's snarl. Despite at times sounding more than a little like Wire's Colin Newman, Case is an engaging frontman, effectively able to command one's attention by exuding understated yet brash charisma. 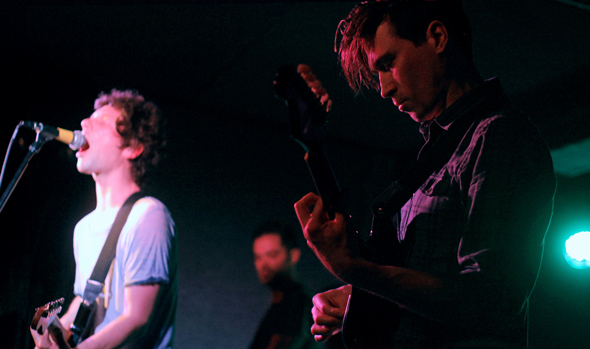 While Disappears may not come off as the most distinct band upon first listen, some time with their music - studio and especially live - reveals depth to their structurally minimalist core. With the addition of Shelley as human metronome and the release of their best collection of tracks yet, the future can only hold good things for the Chicagoans. 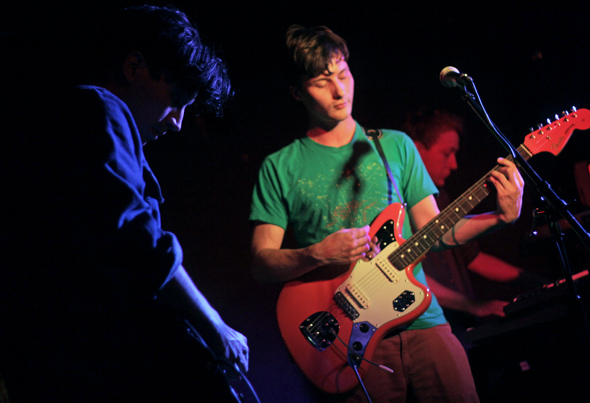 Lotus Plaza has been opening the entire tour, promoting their own new LP Spooky Action at a Distance, and despite their earlier set time, managed to bring out the largest crowd of the night. Originally conceived as the solo project of Lockett Pundt, the songwriter in Deerhunter who is not Bradford Cox, the band certainly treads similar sonic territory to Pundt's main gig. However, Spooky Action brings to light Pundt's knack for subtle guitar rock that languidly floats between dreamy and hooky. Live, though, Pundt and his four-piece live band appeared uninterested as they plodded their way through the bulk of the new LP, losing much of the nuance found on the record.

The set wasn't bad, by any means. It just never got off the ground in the way the night's headliners did from the outset. There were moments of promise, though, such as on the set opener "Strangers," in which it was possible to lose yourself in the multiple swirling layers of guitars and drums. The set was overall a little too uniform, although considering Pundt's impressive pedigree there's always the possibility the live configuration of the band could get more polished and subsequently more comfortable as time goes on. 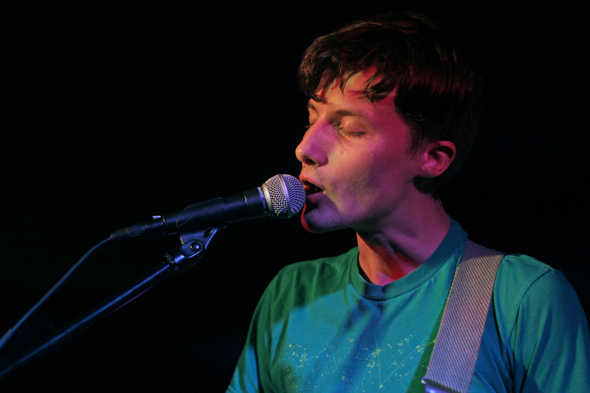 Toronto locals Beliefs served as an appropriate primer for the psych-heavy night, impressing a vocally receptive yet still-arriving crowd. Led by the vocal interplay of Josh Korody and Jessie Crowe, the band is currently working on material for their debut release. While they may be a band that wears their influences visibly (British shoegaze of the 90s most notably), there's enough energy in their songs to differentiate themselves from the many bands unsuccessfully trying to adopt the same style.

Operating as a five-piece, it was their drummer's prominence as backbone over a haze of guitars that resulted in a visceral, pounding take on a classic sound. Being a relatively new band, they're certainly worth keeping an eye out for as they hone their craft.