Alabama Shakes get a stew on at Lee's

Alabama Shakes recently rolled through Toronto for a sold out show at Lee's Palace. Joining them in support was Birmingham's The Glory Fires, who opened the night by taking the stage sheepishly, before dismantling the place with songs from their debut LP, There is a Bomb in Gilead. It was a little awkward at first, but working through songs echoing The Allman Brothers and The Band, the crowd warmed and the band relaxed. 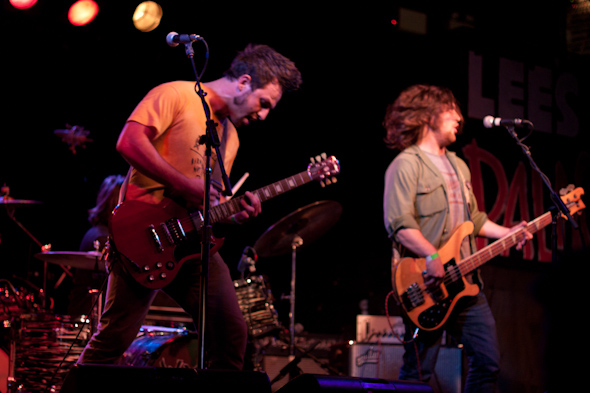 After The Glory Fires made their exit, Lee's continued to swell and the air buzzed. The crowd roared when Alabama Shakes strode on stage - decidedly without skinny jeans and Fender Jaguars - setting the tone for a no-frills night of rock-and-soul-and-R-and-B-revival. 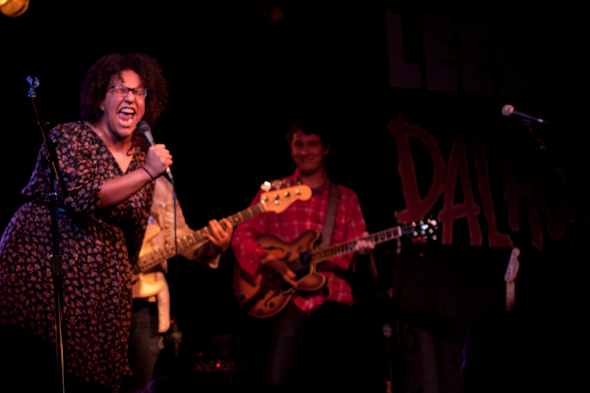 On their debut LP Boys & Girls, there are the obvious Redding and Pickett influences, but you can also pick out splashes-and-dashes of CCR and Kings of Leon and I think that's part of their credibility and individuality. Carl Weathers approves this stew.

As incredible as The Shakes sound in the studio, it's only a hint of the live package. The years of gigging are evident in the musicianship - the rhythm section was air-tight. The guitarists manipulated volume, tone, attack and distortion to magnify the song dynamics. And, yes, that includes Brittany Howard. She can get nasty on guitar. 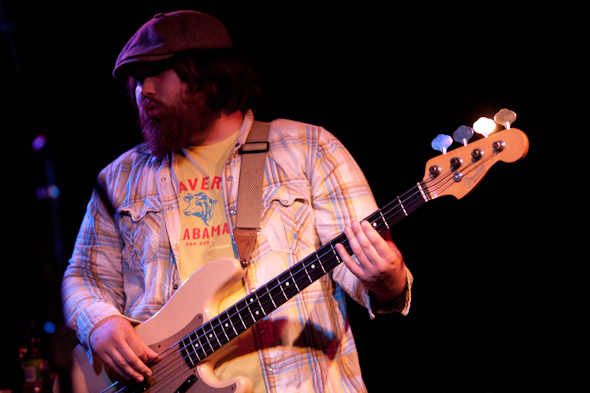 On vocals, Howard's performance was next-level. You get a taste of it on the LP in the desperation affirmation in the outro of "Hold On", but the live delivery is nothing short of preaching complete with snarls, quivering hands and bulging eyes. And the audience ate it up. It was easily one of the loudest crowds at Lee's in recent memory.

The set ranged from the anthemic "Hold On," to the crushing doom of the childhood friendship in "Boys & Girls" all the way to the boogie of "Heavy Chevy" and all delivered in earnest. When they finally walked out for the encore and Brittany said "You didn't think that we'd leave without saying good-bye," I couldn't help but think that it wasn't a farewell to the audience, but to the earthy goodness of their anonymous club career. 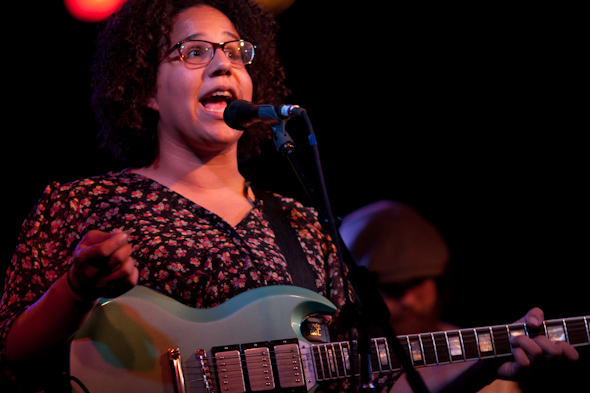