Despite legitimate criticism concerning Canadian Music Week's relative lack of A-listers this year, it had been a more than exhausting five days as the fest drew to a conclusion Sunday night. It occurred to me as I walked into the Horseshoe Tavern that aside from Friday night's set by New York-based Nicolas Jaar, every band I had seen (and there were a good many) had actually been Canadian, making the festival nothing if not true to its name.

With my Canuck quota more than filled, I anticipated at least some degree of eclecticism as the Wedding Present, originally from Leeds, were currently on tour with two international acts, Tokyo's Toquiwa (formerly Pinky Piglets) and Washington, D.C.'s the Jet Age. 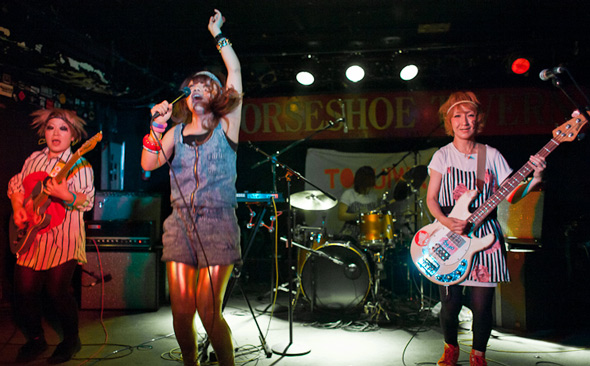 Having dragged myself out of the house on little sleep primarily motivated to take in the headliner's gloriously fractured angular guitar rock, I had little idea of what to expect from the other bands rounding out the bill. I wound up happy to fly blind for Toquiwa's set, as the all-girl Japanese band couldn't have been more of an aesthetic departure from the Wedding Present's stately mope-rock. Beginning the set as a two-piece bass-and-drum combo and eventually expanding to include a guitarist and vocalist, Toquiwa seemed to specialize in jaunty, energetic tunes that, despite the language barrier (my Japanese is a bit rough), had no shortage of immediate pop sensibilities. 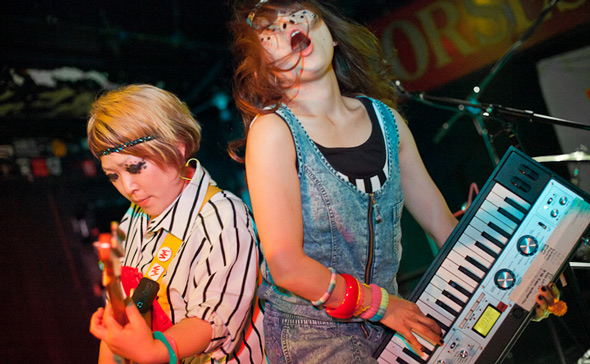 With seemingly endless charisma onstage — not to mention the audience, when they jumped onto the Horseshoe's checkerboard floor at one point — Toquiwa charmed the steadily building crowd during their all too brief set. Nowhere was this more apparent than on their faithful take of the Wedding Present's "Kennedy," which got more than a few ecstatic fans singing along. Covering the night's headliner is not a conventional move for an opener, especially when the song in question is one of their most enduring tracks, but Toquiwa pulled it off without it seeming too much like a gimmick, winning the crowd over in the process.

Occupying the timeslot between the sheer exuberance of Toquiwa and the heavily anticipated Wedding Present is a daunting task, and the Jet Age were up next to see if they could rise to the challenge. The trio's riff-centred rock was certainly competent, but ultimately failed to make much of a lasting impression alongside the rest of the night's bill. 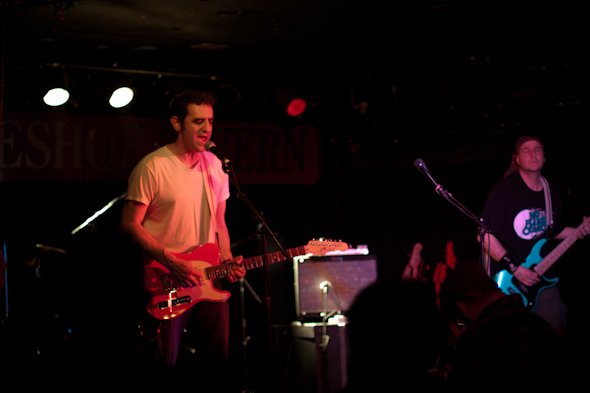 With a sound equally indebted to the distortion-caked hooks of Husker DÃ¼ and relentless guitar shredding of Dinosaur Jr., the Jet Age didn't break any new ground with their set. Ingenuity isn't, however, always a necessity for enjoyment. While I won't be rushing out to purchase their records (the most recent of which, Domestic Disturbances, was just released in January and is presumably from where they culled most of the night's material), the band's familiar sound and impressive musicianship held my attention while waiting for the Wedding Present.

After the Jet Age finished, I was relieved to see that in the time it took me to grab a beer from the Horseshoe's front bar, the back room filled nearly to capacity prior to the Wedding Present taking the stage. Interestingly, while touring in support of their third album since reforming in 2004, Valentina (their eighth overall), they've opted to play their 1991, Steve Albini-produced masterwork Seamonsters in its entirety. While it's unlikely that any fan of the Weddoes would frown upon this move, as Seamonsters is possibly their most universally lauded album, it could be seen as the band blatantly disregarding their new material in favour of crowd-pleasing nostalgia trips. 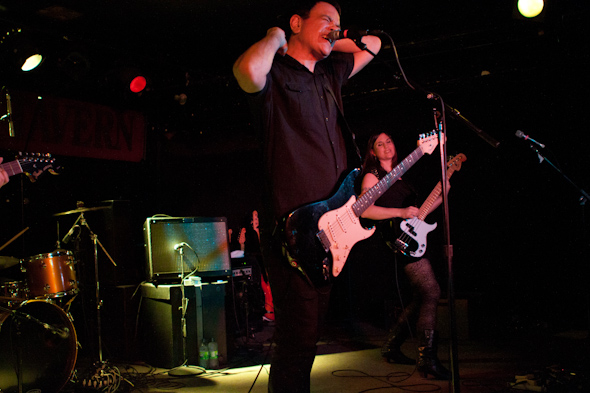 Luckily, anyone subscribing to this train of thought was able to breathe a sigh of relief as Dave Gedge, the group's sole longtime member, emerged onstage with a reconstituted band that, while noticeably younger than he at 52, suited both the new and old songs perfectly. Starting off with a smattering of 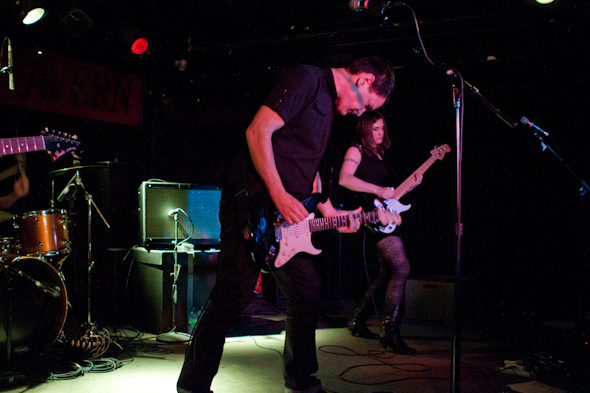 Valentina tracks, as well as early set highlight "Quick, Before it Melts" from Gedge's time fronting Cinerama while the Wedding Present were on hold, the band got to the performance of Seamonsters about halfway through the 90 minute set. These weren't bloodless, note-for-note recitals of the ten songs comprising Seamonsters, mind you, but fully invested, powerful renditions that only added to the pathos behind the album's sardonic detachment.

Gedge sporadically punctuated the set with affable humour and gratitude, adding after the Seamonsters component of the set was done, "I hope you've all enjoyed tonight. It's tough with Seamonsters, sometimes... it's pretty intense." While there's no doubt that it's an album that stands up to the test of time, Gedge is correct in his description that it's one that can be a bit of an emotional endeavour to experience, especially in a live context. Nonetheless, it somehow congealed effectively with the band's new material, and upon closing with their 1989 single "Don't Talk, Just Kiss," the Weddoes added some necessary levity to end the night — and festival — on quite the high note.