The Barr Brothers cast a spell on the Great Hall

As the Barr Brothers made their way onto the stage of the Great Hall on Thursday night, Brad Barr, the group's handsome frontman, picked up his twelve-string acoustic guitar and started playing the opening to a new song. For a group that's in part defined by its musical virtuosity, this new piece had a striking simplicity. It didn't matter, though, the song's melancholic guitar phrases quickly captured the crowd in its allure. It might have only been the first of many songs, but the incantation had been cast, and it wouldn't wear off for another two hours. 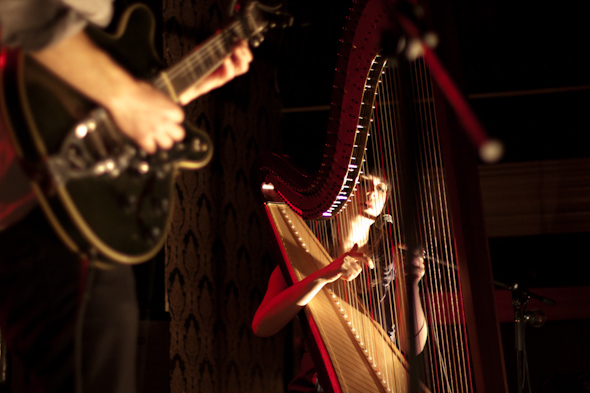 Beside the band's introductory song, another early highlight was "Deacon's Son." A lot of blues and rock songs have guitar solos. Almost none have harp solos. "Deacon's Son" has both. When it was their turn to play the solo, both Brad Barr and Sarah Page, the band's harp player, seemed possessed by whatever heathen deity oversees their respective instruments. And as the two came to life while exchanging solos, so too did the tungsten lights that the group brings with them to each and every show. The lights, like the Barr Brothers' sound, helps create a strongly defined aesthetic that draws the group's audience back to an earlier musical era. Combined with the old world charm of the Great Hall, it really felt like had we had been collectively transported back in time. 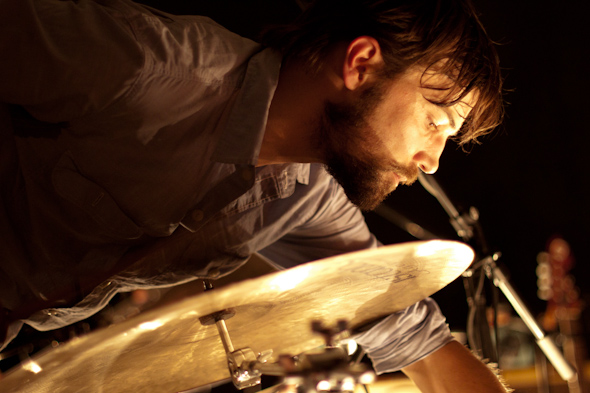 For "Give the Devil Back His Heart," the Barr Brothers invited Laurel Sprengelmeyer and Richard Perry from opening act the Little Scream to join them onstage â most are probably familiar with Perry from his work with the Arcade Fire. The two musical guests were asked to join in the noisemaking by pounding away at some bike spokes. Here, as with elsewhere, the Barr Brother's choice of musical embellishment might have seemed strange, but given their propensity for unorthodox instrumentation, it all made sense. The cacophony suited the song's needs perfectly. 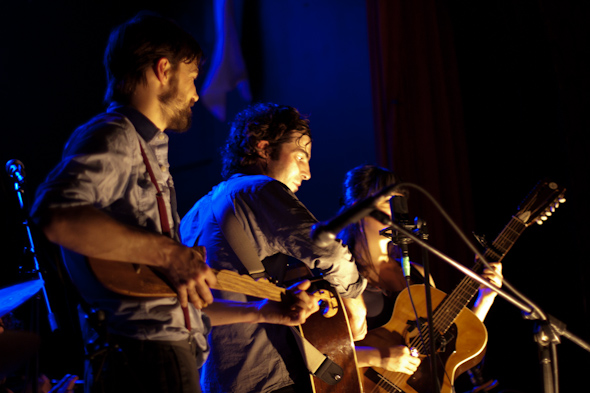 After a well-deserved curtain call, the group returned to play one additional song in the form of Robert Johnson's "When You Got a Good Friend." Afterward, Most of the audience left in a daze, not sure how to process what they had just witnessed â the Barr Brothers are just that good.

New Song
Old Mythologies
Kisses from Chelsea
Deacon's Son
Beggar in the Morning
Give the Devil Back his Heart
The Devil's Harp
Lord, I Just Can't Keep from Cryin' (Blind Willie Johnson cover)
Darkness
New Song
If You Leave Me

Encore
When You Got a Good Friend (Robert Johnson cover)